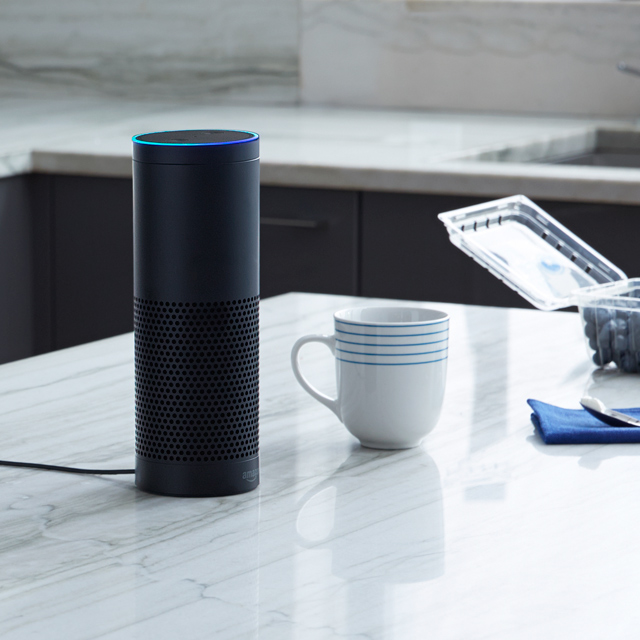 Most of us (excluding latte-toting celebs and high-powered CEO types) don’t have the luxury of a personal assistant. But digital assistants? They’re all the rage in 2017—and within the next few years, it’ll be hard to find anyone who isn’t getting by without some virtual help.

Let’s back up for a sec: What’s a digital assistant, exactly? Though the concept might sound pretty sci-fi, the fact is you’re probably acquainted with one already. That’d be Apple’s Siri, who was the first on the scene when she made her debut back in 2011. This year, a whole slew of other digital assistants—including Amazon’s Alexa (who’s tipped for big things), Microsoft’s Cortana, and Google’s Assistant—are entering the arena.

And in many ways, these digital assistants can make city living easier and more streamlined than ever before.  From ordering your groceries to giving you optimal traffic directions—or even storing your favorite memories—they’re almost like outsourcing part of your brain. Cool (and a little bit creepy)!

HOW DOES IT WORK?

If this still sounds pretty confusing, we’ll start from the beginning: How do these super-smart virtual helpers work? What happens when you greet Alexa, say, and ask her to play your favorite song?

As Dan Evon writes on Digital Trends, “When you ask Alexa a question, what you’re really doing is communicating with a cloud-based service.” Though the voice service mimics real conversation, it’s really using intuitive voice commands to perform specific tasks. As soon as these assistants hear their “wake word”—in this case, “Alexa”—they spring to attention, ready to do your bidding. (Fun fact: the name “Alexa” was inspired by the Library of Alexandria; i.e. the collection of all the world’s knowledge.)

The Amazon Echo Dot is another product that hosts Alexa. Image courtesy of Amazon.

Alexa is actually a bit of an outlier. So far, she’s the only digital assistant who isn’t primarily smartphone- or wearable-based; Amazon Echo, Echo Dot, and Tap are her main homes. Compared to her competitors, that limits her when it comes to, say, providing directions on the go.

But there’s a reason she’s currently the assistant to beat. As seen at the Consumer Electronics Show in Las Vegas this past January, Alexa’s hitching a ride on other devices: Not only is she being installed in Volkswagen and Ford vehicles, but she’ll also soon be finding a home in LG and Whirlpool appliances and Sonos speakers. She can also connect with other smart home devices, from Philips Hue bulbs to August smart locks.

Alexa—coming soon to your LG and Whirlpool appliances. Image courtesy of LG.

WHAT CAN THEY DO?

This is where it gets really interesting—because even in 2017, when digital assistant technology is relatively nascent, they can still do tons of stuff to make city living simpler.

First, there are the day-to-day chores. Given simple spoken commands, these digital assistants can do everything from ordering take-out to calling a cab. They can purchase a new pack of toilet paper before you’re down to the last roll, respond to emails and texts, update you on weather, sports, and traffic, and browse Allrecipes when you need dinner inspiration.

Get in touch with your Google Assistant on any of these gadgets. Image courtesy of Google.

They also assist with entertainment. You can request that your digital assistant cue up your latest Audible audiobook, play your favorite track on Spotify, and or even tell a few jokes (trust us—Alexa’s got a sense of humor).

And then there’s the extra crazy stuff. Not only is Alexa giving pregnancy advice and providing life-saving CPR support, but, with partner start-up Mylestone, she’s even storing your most important or emotional memories, tied to synced photos and videos. “Since the platform can also read audio and video files,” Hilary Grigonis writes on Digital Trends, “users can even ask the system something like, ‘Alexa, have Grandma tell us the Thanksgiving prayer’ and hear specific voices besides Alexa’s pulled from those files.”

It’s still early days for digital assistants, and it’s hard to predict exactly how they’ll grow. Either way, get ready for them to take on—and hopefully streamline—nearly every aspect of city living.

Just don’t pull a Joaquin Phoenix from Her and fall in love with yours. We hear that doesn’t end well.