Partner power: The smarter way to boost your business growth 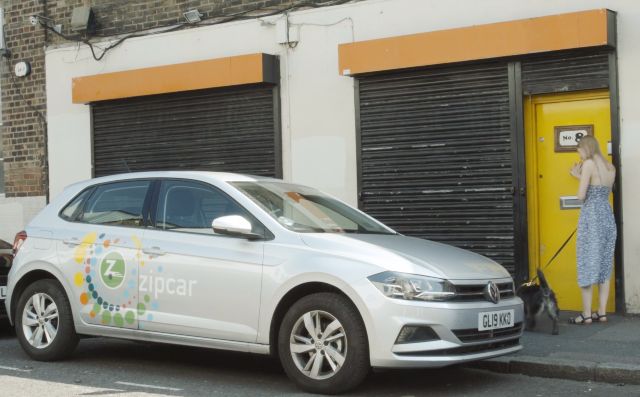 Shooting People is a business built on connections. A network of independent filmmakers, it’s founded on the knowledge that the best way to make exceptional films is by learning from others, and that strategic partnerships (such as one with Zipcar) can benefit businesses and creatives alike. 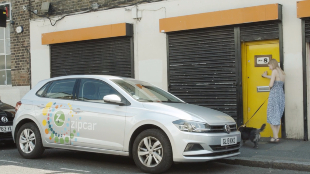 Created by filmmakers, for filmmakers, Shooting People, was founded back in 1998 by Cath Le Couteur and Jess Search. During the production of their first film, they realised that they had a lot to learn. But by talking to and collaborating with other, more experienced filmmakers, they could lift their work to the next level.

This resulted in a very simple idea – a hub to share skills and information. Using the network, you would be able to find out which are the best festivals to screen your film at, where to find cheap casting space, or how to shoot a full short film on an Underground train. For directors and screenwriters, editors and cinematographers, it’s proven a vital way to access both information and talent in the industry. And over the last 20 years, Shooting People has gone from being a start-up business with a good idea to a cornerstone of the UK independent film industry.

Opportunities on the rise

Funding can be hard to come by in the film industry, and work isn’t always stable – which is probably why so many in the field balance two jobs (or more) to make it work.

“And yet,” Sally Newsom Shooting People’s Sponsorship & Event Director explains, “there are powerful new stories that people care about and want to tell.” With the rise of film and TV production platforms like Netflix and Amazon, the opportunities for film distribution are growing rapidly, and there may be more room for innovation than ever.

From an initial network of 20 filmmaker friends (and 3 years of it being run out of a bedroom), the Shooting People network now stretches across the UK – including, as Cath says, “festivals, distributors, crowdfunding platforms, BFI, BAFTA” – all ready and able to help budding filmmakers tap into the opportunities.

On the topic of connections and communication, Sally explains, ‘Our mission is to help the UK independent film industry thrive. But we need partners to help us with that goal.’ Of course, it’s got to work strategically, and each partnership has to be to the benefit of both sides. ‘We take time to consider which partnerships could really benefit our community, the organisation, and the filmmakers themselves.’

But this isn’t simply a business venture. The effects on film culture are significant: new film techniques are developed and shared, new initiatives and opportunities are made more widely available, and the next generation of filmmakers are able to tell their stories.

Where do Zipcar fit into the frame?

A film production simply can’t work without transport: whether filmmakers are scouting locations, travelling cast and crew, or transporting props and equipment. That’s why when we offer Shooting People members affordable rates, and 24/7 access to cars – we know it’s a huge help. But on a deeper level, both Shooting People and our team at Zipcar want to support new ideas and innovation across the UK. For both reasons, the partnership makes a lot of sense. Supporting businesses throughout the city is really important to us. With this partnership, we’ve been able to step it up to a new level.

The aims of our partnership are twofold: support their amazing New Shoots initiative – a high-profile film competition and live event that runs four times a year – and provide day-to-day access to cars and vans at affordable rates. It means filmmakers can spend precious budget on productions, rather than logistics, and the films (as well as audiences) benefit in the long run. On top of that, we get our name out there and help more businesses save money and cut down on emissions. Everybody wins.

Shooting People is a network of independent filmmakers. Find out how connections and partnerships (including a partnership with us at Zipcar) helps their business, and the film industry as a whole.

Why Zipcar for Business?

Book instantly and drive by the minute, hour or day, 24/7. Choose from thousands of cars, vans, and luxury vehicles.

Using Zipcar means you can scale your fleet to suit your changing business needs. It’s easier and cheaper than having your own vehicles.

You’re in good hands. We’ll help you make the most of the service as well as take the hassle away on everything from booking to billing.

Fill out your details below and one of our friendly business team will be in touch to see how we can help your business.

Book and unlock with your phone