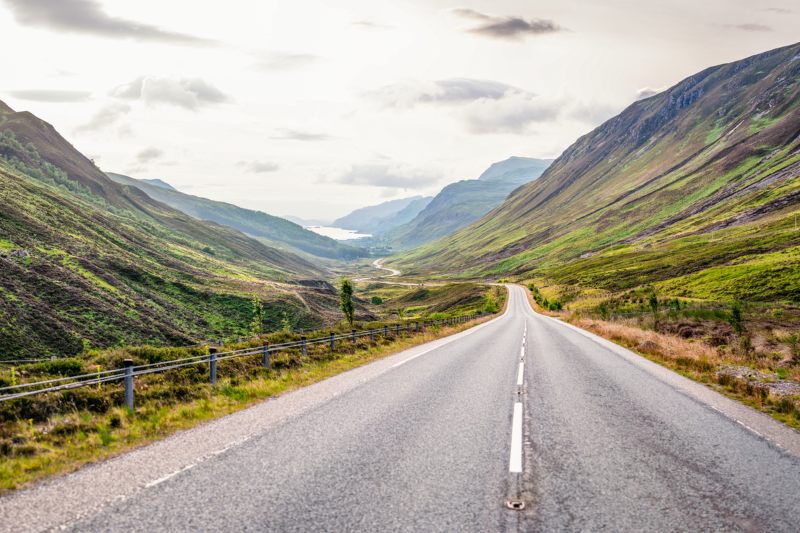 ARE WE THERE YET? BRITS DITCH PLANES IN FAVOUR OF THE GREAT BRITISH ROAD TRIP THIS SUMMER

24 June 2020: Nearly three quarters of Brits haven’t taken a holiday this year, while almost half have had their planned getaway cancelled and are nervous to travel abroad even once restrictions are lifted, new research today reveals.

A survey commissioned by the UK’s largest car-sharing club, Zipcar UK, cited the nation’s main concerns against international travel as not wanting to catch or transmit COVID-19 (45%) and avoiding flying with large amounts of people (41%). Meanwhile, over a third (36%) think there’s too much risk travelling abroad and around the same (32%) say they’re not confident that they’ll even be able to anytime soon.

However, the majority of holiday-seekers are looking to stay in the UK for a summer break and are prepared to travel an average of 110 miles from their home, in a win for domestic tourism this year. Proving that the nation’s spirits haven’t been dampened by lockdown, the study revealed that almost half (43%) are planning on taking up to 4 weekend breaks within the UK.

With quarantine rules overseas still quite unclear, 2020 looks set to be the year of the Great British Road trip, with two fifths of Brits saying they are likely to drive more as a result of taking a break from getting behind the wheel during lockdown. Those driving are already kicking their plans into gear too, with 39% of drivers having already booked a UK holiday this year vs. just 18% of non-drivers.

The research also revealed that 2020 is not the year for city breaks, as Brits aim to avoid crowded, built-up areas with 2 in 5 citing that they would be nervous to do so due to the virus. Instead, many are opting for the countryside or woodlands (44%), a getaway cottage break (42%) and beach retreats (36%).

However, many will certainly need their Sat Nav. Although Brighton Seafront ranked fifth in the top 20 most visited places in the UK, a worrying 30% didn’t recognise the infamous seaside destination as being in the UK.

There are definitely some gems left for Brits to explore on their doorstep, as the survey found that less than one quarter of respondents had visited well-known spots such as The Eden Project, South Downs, The Angel of the North or Hadrian’s Wall.

Best road trip companions: GET IN, WE’RE GOING ON HOLIDAY!

Ant & Dec (because you can’t have one without the other!)

Holly Willoughby (or can you?)

Worst road trip companions: GET OUT OF MY CAR. YOU’RE NOT CUMMINGS WITH ME!

James Taylor, General Manager at Zipcar says: “Zipcar UK always aims to give people access to wheels as and when they need them rather than be tied to the commitment of owning a car, and we’ve been proud to serve Londoners for essential journeys during this challenging time. Since the most stringent lockdown restrictions eased from 1st June, we’ve already seen a 36% increase in reservations for our Roundtrip service. The British public are clearly keen to get on the road and domestic travel will play a vital part in boosting the economy. Zipcar UK is excited to support the recovery of the domestic travel industry and facilitate the revival of the great British road trip.”

The Times: Car sharing — the alternative to public transport

The Telegraph: What will the driving conditions be like as UK gears up for reopening?

This is Money: Caravans get stuck in jam on the M5 as more than 10 million motorists hit the road today

Return to our Press Centre for more press releases, coverage and Zipcar updates.