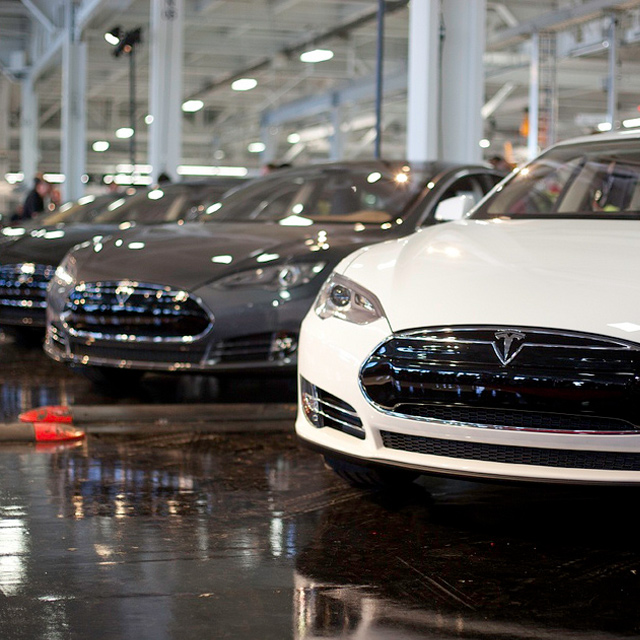 Tesla, which exclusively produces electric vehicles, has been facing resistance to its direct-to-consumer sales model from a handful of states, including New York.  The New York State Automobile Dealers Association says the established dealership system is "designed to maintain the health and vitality of New York's retail automobile industry."

By contrast, Tesla’s current model of selling directly to consumers through channels such as showrooms in malls and the Tesla website looks to provide a fixed price and built-to-order experience. Tesla says that it may eventually use a traditional auto dealer structure, but at these early stages, it would like to nurture the sales process a bit more closely, given the nascent industry.

The State of New York, meanwhile, has shown commitment to policies and programs designed to spur the adoption of alternative fuel vehicles.  Governor Cuomo signed on to the State Zero-Emission Vehicle Programs Memorandum of Understanding (“MOU”) which states that accelerating the zero emission vehicle (“ZEV”) market – the only kind of vehicles Tesla produces – is a critical strategy for achieving the signatory states’ common goal of reducing transportation-related air pollution.  It also commits New York to cooperating with automobile manufacturers to encourage ZEV market growth.

At Zipcar we’ve worked with a variety of stakeholders to bring alternative fuel vehicles into our fleet. We know firsthand that spurring the adoption of these technologies requires an enormous amount of cooperation and willingness to try new ways of working together.

It was a little surprising, then, to read that Governor Cuomo’s aides communicated his support for the bill that would ban direct-to-consumer sales and effectively make it impossible for Tesla to sell its products in New York.  This certainly won’t stop savvy New Yorkers from buying a Tesla if they really want one and surely there is a middle ground that can be found to allow Tesla to move forward.  The dealers are requesting a level playing field, but requiring Tesla to fit the old mold isn’t the only way to accomplish this. Allowing all Original Equipment Manufacturers (OEMs) to sell directly to consumers would have the same effect and may even be the catalyst for a better consumer experience all around, regardless of sales channel.

At Zipcar we’ve worked with a variety of stakeholders – state and city government, electric vehicle charging infrastructure providers, parking vendors, automotive manufacturers – to bring alternative fuel vehicles into our fleet. We know firsthand that spurring the adoption of these technologies requires an enormous amount of cooperation and willingness to try new ways of working together.  Anyone unwilling to waver from the status quo is not going to get very far. We’ll be curious to see how this plays out.

Zipcar was lucky enough to have Gretchen join the team in 2010.  She’s developed critical partnerships with a whole slew of folks, including auto manufacturers, developers, and suppliers. This resulted in Zipcar’s university partnership with Ford Motor Company and an alternative fuel vehicle partnership with American Honda.