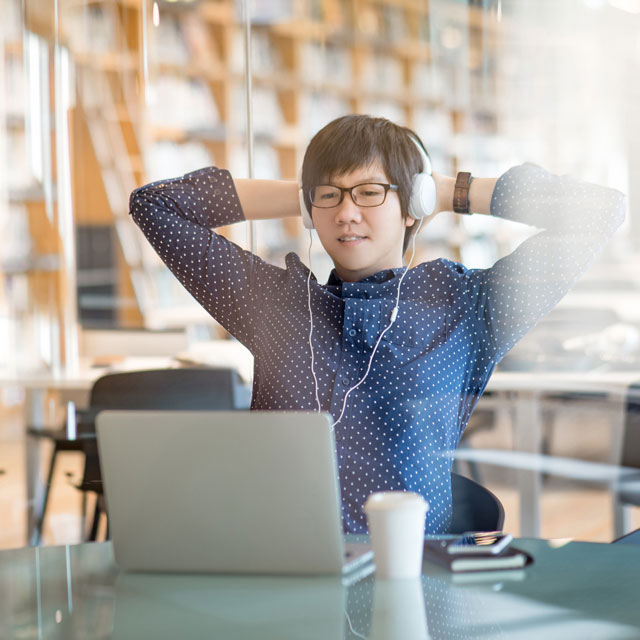 What’s better than taking a break from work or studies? Spending that break watching a TED Talk, that’s what.

Think about it—this is procrastination without actually wasting any time.

These speeches, on topics from art to artificial intelligence, are fascinating, thought-provoking, or laugh-out-loud funny. Sometimes they’re a combination of all three. And they pretty much always make you feel that little bit smarter.

See? Guilt-free viewing. Here are some of the best talks hosted by TED in 2018.

Use your downtime to learn something new, or just hear a new perspective on an issue.

In this humble, humor-peppered talk, pro rock climber Alex Honnold explains how he became the first person to solo climb 3,000-foot-high rock formation El Capitan, in California’s Yosemite National Park, with no ropes or safety gear. Even if high heels give you vertigo, there’s a universal message: dreams are achievable with a little (or a lot) of determination.

Your own personal soundtrack

Ever wished your life was a musical? Pierre Barreau is working on it. The scientist created the Artificial Intelligence Visual Artist, or AIVA, a system that can compose music. His compelling talk outlines plans to create soundtracks personalized to different personalities and moments in time.

Post-truth, fake news, burying the story... Keeping up with global or even local news feels trickier than ever, especially when social media is often a source of stories. Researcher Alex Edmans believes we need to consider that we might be wrong, his talk suggests, to “find out what’s right”.

Social scientist Dolly Chugh’s lively talk on what it means to be considered “a good person” is something most of us can relate to. The key, she suggests, is to retrain our “inner compass” and admit to our ethical pitfalls, rather than ticking boxes or taking shortcuts.

Niceness is not a negative

Anyone who’s dealt with office bullies, a mean boss or rude classmates will cheer throughout this speech by leadership researcher Christine Porath. Rudeness and incivility can hinder success and business—and Porath has the science to prove it.

Sounds of the universe

Matt Russo, an astrophysicist and musician, combines his twin passions in this melodic presentation. One of the most popular Ted talks of 2018, he discusses how different parts of the universe might sound, interspersing his musings with music. This is a lovely one to watch (and listen to) when you need to pause and regroup.

Silicon Valley entrepreneur Chip Conley knows a little about generational differences in business. His talk explains that, while working with the “young geniuses” behind Airbnb, he realized “opening up these intergenerational pipelines of wisdom” can help foster progress and innovation.

Faith Osier, an immunologist working on creating an effective malaria vaccine, delivers an inspiring and eye-opening speech that asks an important question: why, despite advances in technology and science, are so many people still dying from this disease?

The future of funding

One of 2018’s best Ted talks wasn’t a talk at all. Nor was it delivered by an individual. In a presentation called “We Are the Halluci Nation”, Canadian DJs A Tribe Called Red use music and images to highlight and challenge stereotypes faced by indigenous peoples.

Poker champion Liv Boeree applies lessons from the card table to broader decision-making in this entertaining speech. In three snappy lessons, she suggests that we tend to “downplay” the role of luck in our lives, rely too heavily on intuition, and should probably stop saying “probably”.