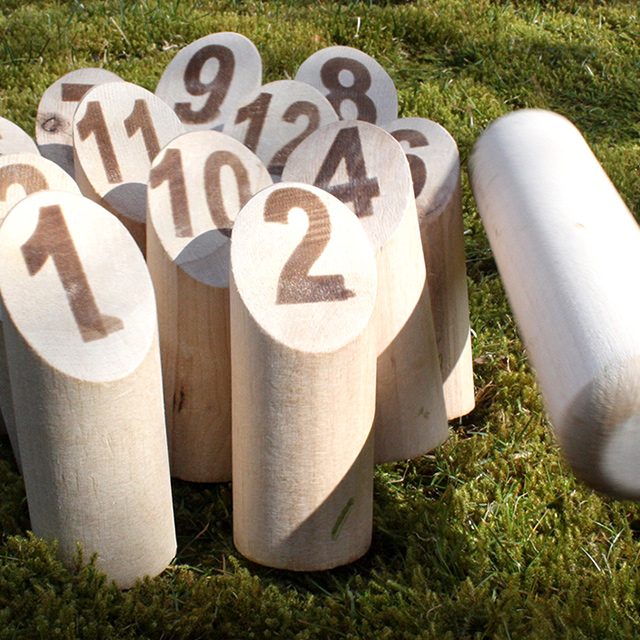 Play All Day with these 5 Summer Games

Being active, outside, and with friends is the essence of summer. Social sports and lawn games don’t require much athletic ability, yet can be played competitively and even professionally. Some of our picks are mashups of existing games, while others are overseas imports making a splash on American fields. When the sun is high, these activities really shine—and you can, too.

Think golf might be fun, but intimidated by the skill, etiquette, or cost? Try your hand at disc golf instead. Rather than clubbing a ball at a distant hole, you’ll be tossing a disc towards a metal basket. The fewest Frisbee throws across the nine or 18 target baskets wins the day. No fancy equipment is needed. Another disc golf advantage over traditional fairway play is that no green fee or tee time are required. With 6,300 courses across the U.S. and Canada, one is probably hiding in plain sight near you. Although recreational, disc golf has a serious side with premium plastic parts and professional tournaments.

Kubb is a little hard to explain, but a lot of fun once you get the hang of it. With ancient Swedish roots, Kubb is described as Viking chess meets horseshoes. The game revolves around wooden blocks called kubbs and one larger kubb that is king. Batons are tossed to knock over the blocks standing on the grass, sand, dirt, or wherever you pitch. Play one-on-one or with a group. You don’t need an equal number of players, which is great for when you have an odd number of people. (No need to wrangle your reluctant uncle or a passing rando to even out the match.) Depending on your aim, the game can finish quickly or go on for hours—plenty of time to socialize with your side and taunt the other team.

Not to be outdone by their Swedish neighbors, a Finnish pastime is also gaining ground in America. Like Kubb, wooden sticks are involved, but this time they are numbered and clustered like a dozen bowling pins. The dowels in Mölkky are called skittles, which makes for an obvious snack pairing. A wooden block is thrown at the formation. Knocked-over skittles are reset in the spot where they fell, leading to an expanding blob of a playing area. The scoring makes Mölkky tricky to win. You’ll need to be on-point with your aim as well as your addition, although an official app mercifully takes the math out of your head and onto your phone.

Even your unsportiest pals will be tickled to play a game of Pickleball. Image courtesy Outside Pursuits

What looks like miniature tennis played at the pace of ping pong, Pickleball is more than a sport with a funny name. It’s actually fun—and for the whole family. Courts are found everywhere from junior high schools to senior centers and retirement communities. Rules are similar to tennis, but the court is one-third the size. As a result, rallies last longer and wear and tear on your body is lower, as is the strain on your wallet. Whacking the plastic whiffle ball with the paddle is a satisfying sound. In case you’re wondering about the name, it has nothing to do with sour cucumbers. The game’s inventor had a dog named Pickles who chased balls hit out of play.

Unroll a great time outside with a game of Rollors. Image courtesy Tailgating Ideas

Tired of the same old cornhole routine? Instead of lobbing little bags, roll hardwood discs in Rollors, a lesser-known game that draws on lawn bowling, bocce, and horseshoes. The discs have different numbers painted on each side, so no matter who plays, chance will be right there alongside you. Rollers (as in the discs—the game has the unconventional spelling) that stop of their edge are worth the sum of both sides. For those landing on the goal, double the number showing. The game is highly portable and can be played on the ground from sand to asphalt, although softer and uneven surfaces better slow the roll. Designed by a Minnesota native and military vet, Rollors is easy to learn, but takes a lifetime to master.