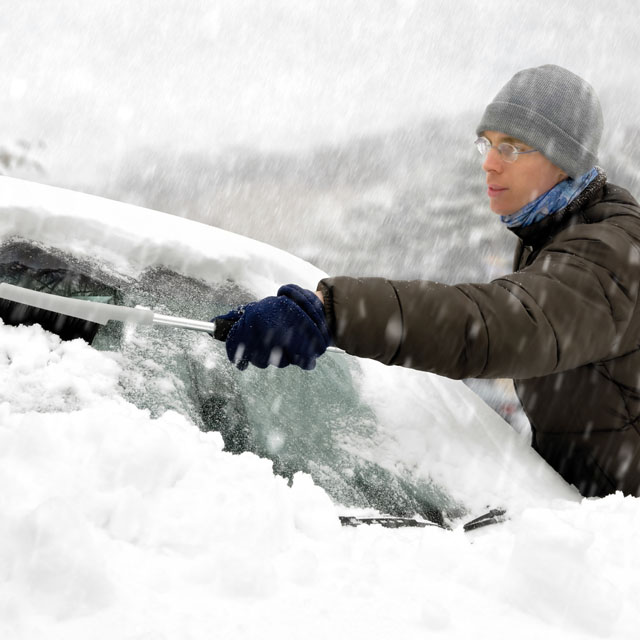 The (Not So) Secret Tips to Avoiding Tickets and Towing During Minneapolis and St. Paul Snow Emergencies

Twin Citians spent much of December 2015 lamenting the lack of snow, and the region’s second consecutive non-white Christmas. Then, a few days before the New Year, when the first snow storm of the season hit and the first snow emergency was declared, literally hundreds of motorists were caught by surprise, leading to more than 1,000 impounded cars and an additional 1,300 tickets for cars parked illegally on designated routes. Early February followed suit. And—with it being winter and all—it’s likely to happen again.

Luckily, we’re here to help you navigate the “hows” and “wheres” of parking on the streets of Minneapolis and St. Paul when a snow emergency is declared.

Thanks to our guide, winter parking in the Twin Cities will be snow problem.

While you’re planning how much food to stock up on, municipal governments in the Twin Cities and throughout Minnesota have an army of snowplows at their disposal, fueled up and ready to go. They also store massive piles of sand and salt over the summer, ready to cover the plowed streets with agents to aid in melting and traction.

So when a snowstorm comes roaring across the plains of the Dakotas and bears down on the Twin Cities, there are rules in place and ample notice given in hopes that St. Paulites and Minneapolitans have a chance to move their cars before the plows hit the streets, clearing from curb to curb. Still, it’s not a flawless system, and if you make a mistake, it’s expensive.

Ticketing and towing cars raises significant funds for the public coffers in both cities each year. It’s also a significant expense to the cities themselves, which have to pay for that salt and sand, fuel, plows, drivers, and all of those tow trucks. The city of St. Paul usually plans for four snow emergencies each year, and expects to spend $550,000 for each of them.

In St. Paul, retrieving a towed car will cost you more than $200, and that’s if you get it from the impound lot within 24 hours of being towed. The city charges an extra $15 per day for every 24 hours your car sits in the impound lot. In Minneapolis, it’s slightly more affordable, with an initial charge of $45 for the ticket, an additional $138 for getting towed, and an $18 daily charge if you don’t get your car right away.

When the streets get snowy, those in-the-know can’t really get going…but they can avoid the hassles.

When winter comes, in addition to warm clothing, a snow shovel, a good pair of boots, and an emergency kit in your car (plus some snow safety tips under your belt), if you commonly park on the street in Minneapolis or St. Paul, you need to be aware of what to do when the snow flies to avoid a costly trip to the impound lot.

Here are some general tips about staying informed—and in compliance—in case of a snow emergency:

Stay in the know

Both cities have websites and phone numbers—612.348.SNOW in Minneapolis, 651.266.PLOW in St. Paul—set up to provide copious information about the rules governing snow emergencies. The St. Paul website has options in four different languages, while on the Minneapolis website, the information is available in seven languages.

If you know the rules, winter whiteout troubles won’t wipeout your wallet.

When a snow emergency is declared, both cities make sure the information is broadcast on TV and radio news, and it’s widely publicized on their websites. But if you want the information to come to you, both Minneapolis and St. Paul offer multi-language options for getting text message and/or email alerts sent right to you. Minneapolis even has a snow emergency app you can install on your phone.

Both cities offer social media options, both for getting informed of a snow emergency and for spreading the word about a snow emergency. There are Facebook and Twitter feeds for both communities, and Minneapolis encourages residents to be a “Plow Pal” by volunteering to inform neighbors via phone and text when a snow emergency is declared.

Tow no! If you park in the wrong spot, this’ll be your ride’s new ride.

The primary arteries that are plowed first when the snow hits are clearly marked with red signs. In St. Paul, the red signs marked “Night Plowing Route” designate one or both sides of a street where plows head out at 9 PM on the day a snow emergency is declared. If your car is not moved from those routes by 9 PM, a tow truck is likely to move it for you. (Sounds convenient…but it’s definitely not.) In Minneapolis, the red signs designate a “Snow Emergency Route.” They are plowed first, and they are also the first places where cars are towed. So look for the red signs, and avoid parking there when snow is in the forecast. And if you’re going out of town for a few days in the winter, you’re taking a significant risk if you leave your car parked on a street marked with a red sign.

Be ready for the second wave

Both cities aim to have the primary routes cleared—of both cars and snow—within the first 24 hours of a snow emergency declaration. But they keep ticketing and towing for several days, making sure the plows have a chance to clear secondary streets, as well. Minneapolis and St. Paul play by different rules, and it’s good to read up on both on their respective websites. For example, in St. Paul there are designated Day Plow Routes that are not marked by signs, but need to be car-free by the second day of a snow emergency. In Minneapolis, they clear the even-numbered side of residential streets and both sides of parkways on day two, and the odd-numbered side of the street on day three.

Enjoying the great indoors is the best reward for flawless snow emergency prep.

Head for the pound

In the worst case scenario, you step outside the morning after a snow storm and see a freshly-plowed street…without your car parked where you left it the night before. The Minneapolis impound lot is just northwest of downtown, at 51 Colfax Avenue North. St. Paul has two impound lots—one at 830 Barge Channel Road, and other near the State Fairgrounds, at 1129 Cathlin Street. On their website, you can enter your license plate number and/or VIN number to find the whereabouts of your car. To get a towed vehicle released, you’ll need to pay (credit cards, cash, and checks are accepted), and to prove it’s your vehicle, you will need to provide proof of insurance (in your name); current registration, lease agreement or title; the license plate number or VIN; and a photo ID, such as a current driver’s license.

Finally, we’d be remiss if we didn’t mention that if you drive a Zipcar instead of a personal vehicle, you’re totally in the clear. (We provide guaranteed parking spots that won’t cause you to incur a ticket, and—better yet—we shovel out the cars, too.)

Some believe that when the snow hits, traffic slows down, and accidents become more common, so it’s best to keep your car parked. As long as your car is parked safely and legally, in accordance with the rules governing snow emergencies in Minneapolis and St. Paul, you should be in the clear. And with that peace of mind, cuddling up by the fire with a hot mug of tea, enjoying the fall of snow out the window (while dreaming of outdoor fun in less-snowy months) is definitely the best and safest place to ride out the storm.