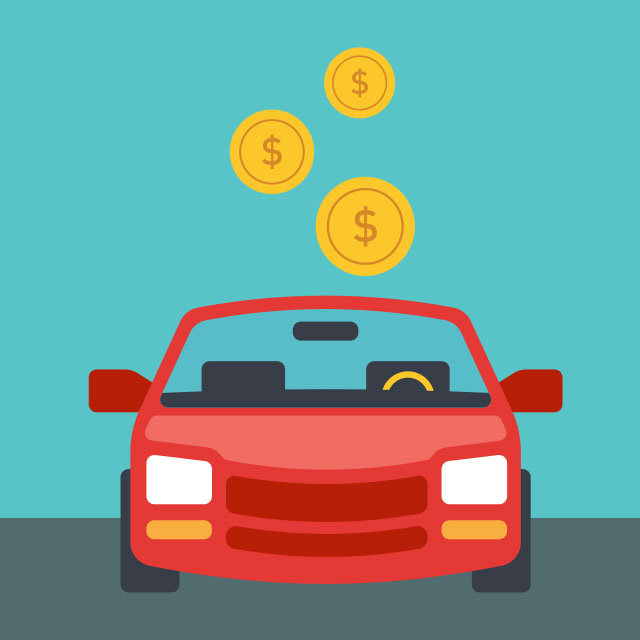 The Real Cost of Car Ownership in the City? Here's What We Found Out.

How much have you thought about the total expenses of car ownership lately? And how much does the convenience of personal driving really cost?

Zipcar looked into it—in more ways than one. And what did we discover? It turns out, Americans spend twice as much as they think on personal driving.

In our study of a wide range of drivers, respondents reported spending an average of $345 per month in car expenses. But according to AAA, drivers actually spent an average of $706 per month owning and operating a new vehicle last year. At more than double the perceived cost, that’s a pretty big gap.

Why such a difference? AAA’s figure rolled in annual maintenance and repair (based on factory recommendations), replacement tires, warranty, and other services that go along with normal wear and tear. They found that above car payments and insurance, even if you drive a brand new car, you’ll spend nearly $1,200 a year to keep it running smoothly.

Insurance itself is a tricky cost, since rates can vary widely by location, age, and even gender. Last year, Michigan ranked the highest ($2,551) in the average yearly rate by state, according to leading data provider, Statista. Though rates can vary by ZIP code, Georgia, California, New Jersey, and Florida all ranked in the top ten most expensive states for auto insurance. For young drivers, these costs can soar as high as $3,600 on average in the U.S. And contrary to urban myth of male speed demons, women pay more than men for auto insurance—even with perfect driving records.

Here comes the sting on a day-to-day level, particularly for city dwellers: parking. Not surprisingly, you’ll pay more for parking in the largest, most crowded cities like New York, where the average monthly rate is a whopping $430. In Boston, you’re looking at an average of $300 per month. And in San Francisco? Anywhere from $200-$400 if you need access to downtown. Even in smaller cities like Seattle, commuters suffer rates of up to $375 a month. But the median prices across the U.S. (for monthly parking in the city center) come to approximately $120. For car commuters, that’s almost $6 per day. If this is your routine, add to that the cost of a latté and you’ll have spent about $10 every morning before you even get to work—higher if you live in a metro area on either coast.

Think the Canadian dollar will stretch further? Not so fast. Toronto commuters spend an average of $332 per month for parking. Montreal and Vancouver are not far behind, with average monthly parking rates of $296 and $288 respectively.

You’re not off the hook if you only park occasionally by the meter. Researchers say you’ll spend an average of 17 hours per year in wasted time equaling $345 per driver. And where the parking nightmare might take its toll on your temper, it also taxes the U.S. economy. This same study found that Americans collectively pay more than $20 billion per year on parking (or $97 per driver). And some of that traffic headache in downtown areas? Compounded by all those drivers circling the block. Ouch.

If the cost to your wallet doesn’t faze you, here’s another point to ponder on personal vehicles: CNN reported that commuting stress contributes to weight gain, neck pain, higher anxiety, and harmful exposure to pollution.

Is that personal car convenience giving you any pause? We know it’s not as easy as turning off the ignition. While it’s not always possible to avoid driving, the upside is that for millions of Americans, carsharing offers a valuable alternative.

If you’re in one of 500 cities or 600 college campuses where Zipcars live, you’re ahead of the pack. That’s because Zipcar membership can save you a potential of $600 per month compared to owning a car. Plus, our members have told us they took bicycling trips 14% more and walking trips 17% more than before since joining.  And as we’ve pointed out before, studies have shown people with multi-modal lifestyles exercise more and are less likely to be overweight than residents who live in more automobile-oriented areas.

And since each and every Zipcar takes 13 personally owned vehicles off the road, it’s also better for the environment. To better wrap your brain around it, this means 90% of our members drove 5,500 miles or less per year, saving more than 32 million gallons of crude oil—or 219 gallons per Zipster. We’re helping the planet every day. And if you join us, you will, too.