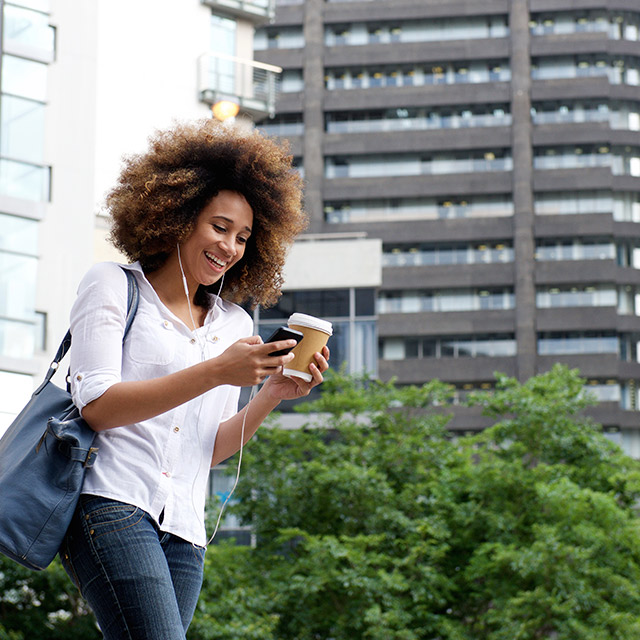 These 8 Podcasts Will Make Your Morning Commute a Breeze

Love working in the city but not-so-in-love with your commute? Whether you’re walking, taking the subway, or driving into work, listening to an awesome podcast is a great way to start or end your day. We’ve put together eight of our favorites, from science-themed, to pop culture, to murder mystery. Add in a good cup of coffee and you might be a morning person, after all.

For the “True Crime” buff…

From the creators of “This American Life” came "Serial," which induced binge-listening everywhere in 2015 with the riveting story of Adnan Syed and his complicated murder trial. With two seasons to date, Serial tells a true story, episode by episode, over the course of each season. For this podcast, it’s important to listen to the episodes in order (hence, the title) since each week brings a new chapter. Fans of the podcast have been anxiously waiting for the arrival of season three—and they’ll have to wait a bit longer. In the meantime, they can hold themselves over with Serial Productions’ new project, “S-Town,”which debuted in March 2017.

"Crimetown" takes a look at the bigger picture in the true crime genre. It comes from the guys who created HBO’s "The Jinx"—so it’s sure to be a wild ride. Each season of this podcast delves into the culture of crime in a different American city. The first season highlights Providence, Rhode Island, where public life has been infiltrated by organized crime and corruption. With stories of crooked cops and honest mobsters, this podcast shows how hard it can be to tell the good guys from the bad.

For the budding activist…

NPR’s “Code Switch” tackles the tough questions surrounding race and identity in a creative and honest way. The show is hosted by journalists of color who discuss everything from pop culture to politics through the lens of race relations. Some moments make you laugh, while others may challenge you, but every episode leaves you thinking.  If you’re looking to change up your perspective on the world around you, it’s worth a listen.

If you want to learn more about nonprofits, philanthropy, international aid, and other initiatives for social good, “Tiny Spark” is the podcast for you. Former journalist and Africa correspondent Amy Costello started this informative podcast in 2011, and has covered everything from TOMS Shoes to medical volunteers. Leading voices from the international aid and development community have shared their thoughts and stories with the show, and Tiny Spark investigations have often served as sources for major publications including Slate, The Atlantic, and Mother Jones.

For the friend who always wins trivia night…

Although it only has one season, “Presidential”’s 45 episodes—one for each U.S. president—provide a wealth of information. The project from The Washington Post began in January 2016 in the months leading up to the November election, and seeks to explore how our nation’s definition of “presidential” has evolved over time. From Washington to Trump, each episode explores the decisions made by previous presidents and the effect their time in office has had on the role of commander-in-chief. Pulitzer Prize winners like David McCullough and famed journalists like Bob Woodward lend their voices to this ultimate history lesson.

“Stuff You Should Know”

Have you ever wondered how that thing works? “Stuff You Should Know” has become one of the most popular podcasts in the world by answering that very question. New episodes are available every Tuesday and Thursday and cover everything from science and history to urban legends and conspiracy theories. Spam, hangovers, tipping in restaurants, hyperloops, Barbie, and pinball make up some of SYSK’s zany episode topics. Plus, hosts Josh Clark and Chuck Bryant bring a laid back, conversational feel to the show that listeners love.

For the pop culture aficionado…

Another one from NPR, “Pop Culture Happy Hour” is a roundtable-style podcast  that discusses—well, pretty much everything. The weekly show highlights books, movies, music, television, comics and more to keep you in the know about the latest in pop-culture news and trends. Monkey See blogger Linda Holmes hosts with a cast of (occasionally rowdy) special guests.

If you’re a sucker for the small screen, check out New York Magazine’s “The Vulture TV Podcast.” Hosted by TV critic Matt Zoller Sietz, TV columnist Margaret Lyons, and TV editor Gazelle Emami, the weekly installment looks at what makes for good TV and how it gets produced. Some weeks take a deep dive into single television episodes, while others feature larger conversations with showrunners and writers. There’s something in it for everyone, from Girls and House of Cards to Gilmore Girls and The Voice. If you’ve ever struggled to answer, “Did you see last night’s episode of Westworld?” at work on Monday, The Vulture will definitely get you up to speed.