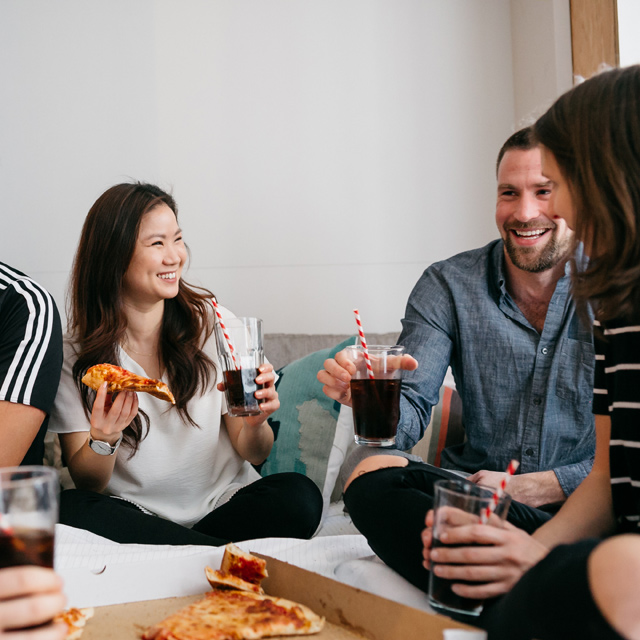 Me, Myself, and My 20 Roommates: Why Communal Living is the Future

Which would you prefer: no roommate or several dozen?

Increasingly, city-dwellers—especially millennials—are opting for the latter, in the form of private units or bedrooms with shared communal spaces for cooking, watching TV, and other leisure activities.

There are a few reasons why communal living is on the rise. Cost is one factor: Shared living spaces are flourishing in cities where rental prices are notoriously lofty, like New York, San Francisco, and Washington, D.C. Though co-living rental rates aren’t necessarily the cheapest, access to all kinds of amenities—from on-site gyms and laundry facilities to Wi-Fi and utilities, plus the lack of onerous broker’s fees—adds up to a bargain.

Then there’s the perk of always being surrounded by friends (or friends in the making). Once the default living model, communal living gradually decreased throughout the 20th century as home ownership and single-family abodes became the norm. But now, urbanites are finding that coming home to an empty apartment after a long day in the office can be, well, a drag. And college dorm life, with all of its extracurriculars, RAs, and community support, is a model that can translate to adult life.

Common is one of the main players. With six “homes” in Brooklyn, two in San Francisco, and one in D.C. (and more on the way), it’s grown rapidly on a model of “co-living, co-eating, co-playing, and co-creating.” Members can enjoy perks like fully-furnished private bedrooms, flexible moving dates, speedy Wi-Fi, and comped utilities, as well as a wealth of community outings.

Another prominent co-living entity is WeLive. Founded by the same folks who head up WeWork (the shared workspace pioneers who run co-working spaces in more than 35 cities around the world), WeLive has raised more than a billion dollars in funding, and is gearing up to manage 10.3 million square feet of real estate within the next few years. What’s driven the expansion? A combination of Instagram-ready interior design, private units, common spaces ranging from a chef’s kitchen to yoga studios, a dedicated app, and super-fun community events. The Big Lebowski and white Russians, anyone?

And then there’s Ollie, a service that promises all-inclusive co-living with “hotel-style conveniences” like weekly housekeeping and regular linen and towel changes. Neighborly hang-outs are also organized by a “dedicated community manager,” so even leisure time is capably planned.

Housing with a Cause

Beyond the start-up model, a growing number of co-living communities are organized around a shared interest or ethos. PureHouse Lab, formerly a communal living space in Brooklyn that has recently transitioned into a non-profit co-living incubator, has its own manifesto, which emphasizes sharing your passions, nourishing your body, and living with integrity.

ArtistSpace—sponsored by the city of Boston—makes living and working affordable for artists. (It’s also a stone’s throw from Zipcar headquarters!) Image courtesy of Tim H. Davis.

Communal living has an undeniable bohemian appeal, so it’s hardly surprising that a number of artistic-minded shared housing ventures exist. Synchronicity LA is a cooperative community house in Los Angeles that hosts regular dinner parties and creative salons. Then there are programs like ArtistSpace, which is sponsored by the city of Boston and which provides affordable living and working spaces to artists.

Home on the Road

For those with perpetual wanderlust, Unsettled gives you a place to stay for 30 days. Image courtesy of Unsettled.

While many communal living options position themselves as alternatives to traditional apartment rentals, some are focused on even more short-term stays—more Airbnb alternative than permanent crash pad. Like Unsettled, which offers short-term residents the ability to live and work month-to-month in destinations around the globe. Springtime in Buenos Aires? Summer in Barcelona? Unsettled’s “retreats” allow freelancers and flexible workers the chance to take their shows on the road…for 30 days, at least.

Flexible durations, diverse communities, and beautiful spaces are what Roam is all about. Image courtesy of Roam/Andrew Litsch.

Then there’s Roam, which maintains a network of covetable, design-led co-living and -working spaces. Starting at 500 bucks a week, you can tackle your next project in Tokyo or settle in for a few months in London. The duration is flexible, the Wi-Fi is speedy, and the friendly community is fully international.