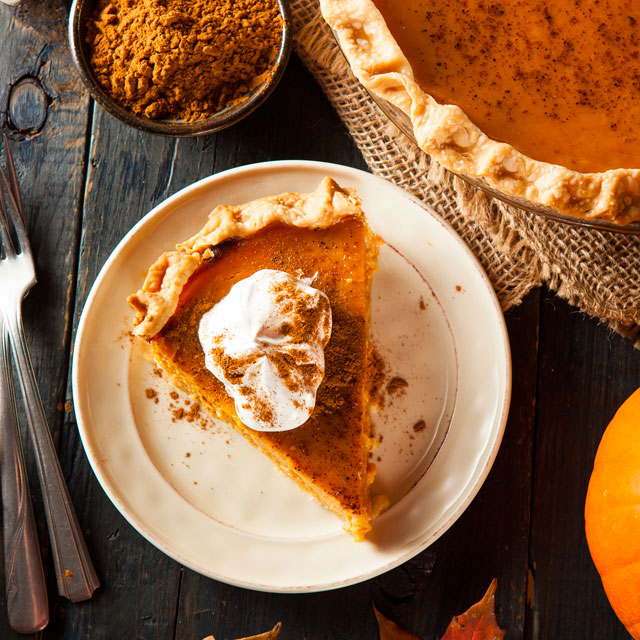 Where to Find the Best Fall Pastries and Desserts

Let’s be real: more than the changing leaves, the return of our favorite TV shows and, of course, Halloween, the best thing about fall is definitely the treats. If we’re gonna be completely honest, the three-month period after summer is really just a long celebration of all things crunchy, nutty, sugary and downright delicious—with an added pinch of cinnamon.

But not all baked goods are made equal. If you want the tastiest treats in the U.S., you’re going to have to do some research. Luckily for you, we’ve done that already. From decadent apple cider donuts and to pumpkin spice pie, here are 10 of the best places to get your paws on some truly delicious fall pastries and desserts.

Few things can beat a warm slice of apple pie.

SUSIE’S CAKES, SAN FRANCISCO
You’ll find Susie’s on Chestnut Street in San Fran, selling ‘all-American’ recipes inspired by the baked goods Susie’s grandmothers used to make for her. Baked on a graham cracker crust and topped with sweetened sour cream, Susie’s pumpkin cheesecake is nothing short of divine. It’s creamy, it’s citrusy, and of course it has the unmistakable full-bodied flavor of pumpkin.

WEDNESDAY’S PIE, DENVER
We like the suggestion that every day should have a pie, but that’s not the only reason we’re fond of this Denver bakery. In a snug underground space in Larimer Square, you can find an absolutely delicious roasted pecan pie covered with caramel sauce. There’s also maple bourbon pumpkin pie and old-school apple pie.

PASTICCERIA ROCCO, NEW YORK CITY
New York’s many bakeries will (thank God) accommodate your need for pie at any time of the year. But the pumpkin pie at family-run Pasticceria Rocco is pretty special. Sink your teeth into one of these and you’ll never want to eat anything else again. Or if pumpkin isn’t your thing, try the coconut or pecan pies, which are just as good.

BAKERY NOUVEAU, SEATTLE
On Capitol Hill, the award-winning Bakery Nouveau serves a load of scrumptious fall pastries and desserts, but the pumpkin spice pie takes the crown. It’s made with homemade pumpkin custard and topped with whipped cream available in a variety of flavors.

Doughnuts are delicious. Fill them with apple cider or coffee and they become a legit fall snack.

HELLO DONUTS, PHILADELPHIA
Hello Donuts makes the cut because they’re all about seasonal goods. This bakery chain is popping up all over The City of Brotherly Love, and each one sells some of the tastiest donuts you’ll ever try. In fall, pumpkin cheesecake, apple cider and coffee donuts are all available. What’s more, they have vegan options too.

BUTTERCREAM BAKESHOP, WASHINGTON D.C.
Buttercream advertises confections ‘beyond your wildest dreams’, and we’re tempted to agree. This bakery does everything, and they serve seasonal treats as well. We like the ‘Cinnascone’, a buttermilk scone-slash-cinnamon roll filled with butter, sugar and cinnamon and topped with a cinnamon sugar glaze. If that doesn’t hit the mark, you can order yourself a cake customized to your specifications.

Not all baked goods are made equal, especially when it comes to cinnamon rolls.

WEBER’S BAKERY, CHICAGO
Since 1930, Weber’s Bakery has been providing its customers with a mouth-watering array of breads, pastries and cakes. Its seasonal selection is a celebration of all things pumpkin, from doughnuts to cheesecake. We recommend the seriously flavorful and absolutely delectable pumpkin-cheese muffins.

QUACK’S 43RD ST BAKERY, AUSTIN
Pecan? Check. Pumpkin? Check. Cinnamon? Check. If you’re looking for delicious fall pastries, Quack’s Bakery has your needs well and truly covered. While you’re there, why not try a cookie as well? The tasty Texas-Sized Ginger Kringle, made with ginger and molasses, comes highly recommended.

Fall is really just a long celebration of all things crunchy, nutty, sugary and downright delicious (with an added pinch of cinnamon).

CUPCAKE JONES, PORTLAND
Everything at Cupcake Jones is made from scratch using natural ingredients, and the bakery has a handful of specialties. The ‘Velvet Painting’ is a white velvet cake filled with vanilla bean pastry cream and topped with vanilla bean icing and a white chocolate pearl. But this fall, try the pumpkin pie cupcake or the ‘Autumn Harvest’—a pumpkin zucchini cake filled with spiced cream, smothered in cream cheese frosting and topped with cinnamon drizzle and nutmeg. Delicious.

TASTE OF SCANDINAVIA BAKERY & CAFÉ, MINNEAPOLIS
This old-school bakery has been part of the Minneapolis scene since 1990, but the recipes were brought over from Finland long before then. If you want an old-fashioned pumpkin and pecan pie, this is the place to go. But better even than that is the bakery’s signature ‘Grandmother’s Apple Pie’, which is loaded with cinnamon and sugar.