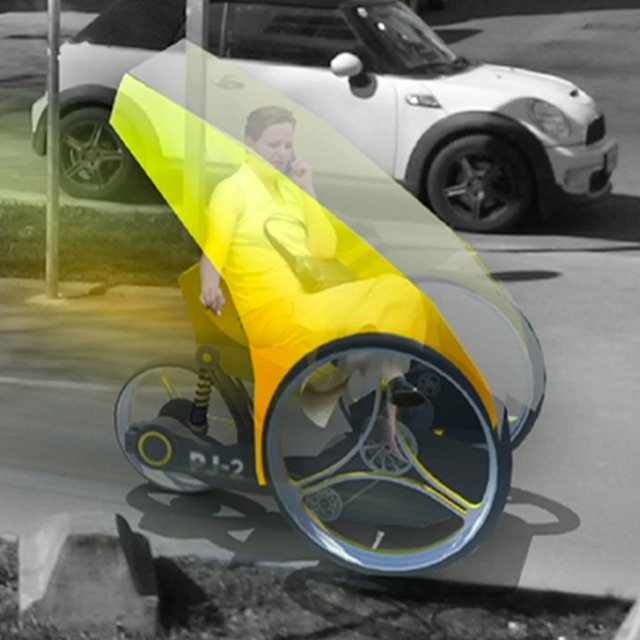 Envisioning Cities of the Future Through 10 TED Talks

Sixteen years ago, Zipcar started a movement based on the idea that it makes more sense to use public transportation, your own feet, and a handful of cars you share with your neighbors, instead of each of us relying on a personally owned vehicle to move about the cities of the world. Excitingly, the movement is reaching a zenith, where more people now live in cities than outside them. And the days of the one-car-per-person are numbered.

As urbanization grows, so do challenges for where to put all those people, buildings, and cars. How do we move around smarter, get food to everyone, and keep our cities the rich, remarkable, amazing places they are? When you have big questions, what’s the first place to go for answers? Yup, TED Talks. (Of course, if you’re not into TED Talks, you could just watch this recent, hilarious spoof. We promise not to tell TED. Whoever he is.)

Times Square has changed more in the past 5 years than in the past 50. On average, 350,000 people walk through it every day. It was dangerous, chaotic, and hard to cross the street. So how could it be made into a place people feel comfortable hanging out in, while reducing traffic and improving flow?

In this funny and thought-provoking talk TED talk, Janette Sadik, Transportation Commissioner of New York City, shares projects that have reshaped city streets in 5 boroughs, including pedestrian zones in Times Square, high-performance buses, and a 6,000-cycle-strong bike share. “It doesn’t have to be a zero sum game between moving traffic and creating public space,” she declares. Sidak encourages cities to try similarly bold experiments that are fairly cheap and easy to execute and back up the results with data like she did in New York City. And hey, if pedestrian-friendly design can make it here, it can make it anywhere.

Enrique Peñalosa sees urban transportation not as a matter of convenience and economics, but as a matter of justice and equality for every resident. In his own city of Bogotá, Colombia, where he served as mayor from 1998 to 2001 before being elected again in 2015, he proudly says that more than 350 km of protected bicycle ways have been created. He also acts as an urban strategy consultant, advising officials in cities all over the world on how to build sustainable cities that can not only survive, but thrive in the future.

“How can we have all the good things we associate with cities, without the bad?” asks Kent Larson, former MIT School of Architecture and Planning director, and envisioner of technologies that solve contemporary urban design issues.

In his TED Talk, he points out that the residential model we live in today was divined in the 1950s and 60s, when the rise of the middle class drove workers from apartments in the city to single-family homes in the suburbs. Everybody had a car, drove everywhere, and needed a place to park when they got there. Not a very sustainable model. As cities represent 90% of the population growth in the next decade and a half, the city of the future is in dire need of a redesign.

Luckily, Kent Larson has some ideas. He suggests that “mobility parkways” (highways built for people and bikes rather than cars, like New York City’s High Line or Boulder’s many multi-use pathways) and shared vehicles that can be folded up when parked, are a few ways to help fit more people into smaller spaces, without feeling squeezed.

An international architect takes a look at how people instinctively create cities wherever they find themselves. In pursuit of his research and talks on “the built environment,” he travels around the world, and lives out of a suitcase 365 days a year. (So he knows a thing or two about transience.) In one poignant example, Baan describes a half-constructed office building in Venezuela.

When oil revenues quickly dried up, construction projects all over Venezuela halted in their tracks. For the nearly 70% of the population living in slums, they go where they can to have a roof over their heads. With nowhere else to go, people began to move their families into the shell of this abandoned office building. Using found materials, they designed a public space to feel like home. They planted trees, built a basketball court, put up pictures and decorations. This tower is now basically a living city with small businesses, parking garages, and a sense of community. All human beings are driven to make a home, even without a house.

In their funny and inspiring talk, artists Jeroen Koolhaas and Dre Urhahn demonstrate how some cans of paint can transform entire neighborhoods—creating a sense of community through art. They show examples from the favelas of Rio to the streets of North Philly, where brighter colors and an attention to beautifying city surroundings can bring light into the dimmest of places.

Toni Griffin is an urban planner, who works not just on architecture and infrastructure, but on making cities more just and resilient. Her TED talk focuses on the city of Detroit. In July of 2013, Detroit filed for bankruptcy, making it the largest municipal bankruptcy filing in U.S. history. She wondered: Can urban planning help a “failed city” make a comeback? Her team released a study titled Detroit Future City. It contained a vision for a better, more prosperous, and more sustainable existence for Detroiters. It hatched plans for new streams of economic growth, more sustainable, denser neighborhoods, new approaches to land use and infrastructure, and a heightened capacity for civic leaders to impact change. It was a plan not to bring back the city as it once was, but to reimagine what it could be.

Jeff Speck is a man after our own heart. As an urban planner, architect, and designer, he shows how we can free ourselves from dependence on cars by making our cities more walkable and more livable. He suggests that cities can gain more economic growth not by enticing corporations to want to build there, but by enticing people to want to live there.

In his lively TED talk, Jeff uses Portland, Oregon, as a role model for city development. While other cities were building bigger roads and more highways, Portland was investing in pedestrian walkways and bike paths. Their vehicle miles travelled per day has been dropping every year since 1996. The typical Portland citizen drives 11 minutes less a day. And while it was always pretty cool, in recent years, Portland has become “hot” – growing faster, becoming more vibrant, and drawing more young professionals there to start their careers and build their lives. It makes sense. Raise your hand if you want to live in Portland. <All hands go up.> See?

How can we prepare our homes and cities for the increased risk of flooding, drought, and uncertainty brought by climate change? Vicki Arroyo shares bold projects from cities all over the world in this motivating talk. From New Orleans to Manhattan to Bangladesh, plans are underway to adapt to violent storms, heat and drought, and rising sea levels. For instance, the I10 in New Orleans (knocked out during Hurricane Katrina) has been rebuilt 21 feet higher to allow for greater storm surges. She stresses that adaptation is too important to be left to the experts. It’s up to us. To look at our homes, our communities, and call on our government leaders to address these issues now, while we concurrently work to preserve the planet’s integrity by the choices we make every day.

9. Moshe Sadie: How to reinvent the apartment building

In 1967, Moshe Safdie took on a big, multi-level challenge: To reinvent the ubiquitous design of the apartment building. Instead of tall, stacked boxes with windows only on the outside edges, he created “Habitat ’67,” with unique, individual housing units novel for their airy, light openness. Nearly 50 years later, he believes the need for this type of building is greater than ever. His short talk covers various projects that challenge the low expectations of the high-rise and let light permeate into densely packed cities.

10. Theaster Gates: How to revive a neighborhood: with imagination, beauty and art

Theaster Gates is an artist turned social activist, who uses his artistic capacity and imagination to reshape the world. In 15 years as a potter, he learned how to make great things out of nothing. He became more interested in things happening outside of his studio on the South Side of Chicago.

Like many American cities, failing housing markets create challenges and opportunities for the inner city. Gates bought a dilapidated South Side house for $18,000, tricked it out, and re-launched it as a neighborhood gathering site, with a library, musical performances, community meetings, and art installations. One house turned into three more, and he helped develop a program for building a "miniature Versailles” out of former crack houses and foreclosures—to replace emptiness with music and conversation, and blight with art and learning. This project proved to him that culture can be a catalyst for social transformation in any city, anywhere.