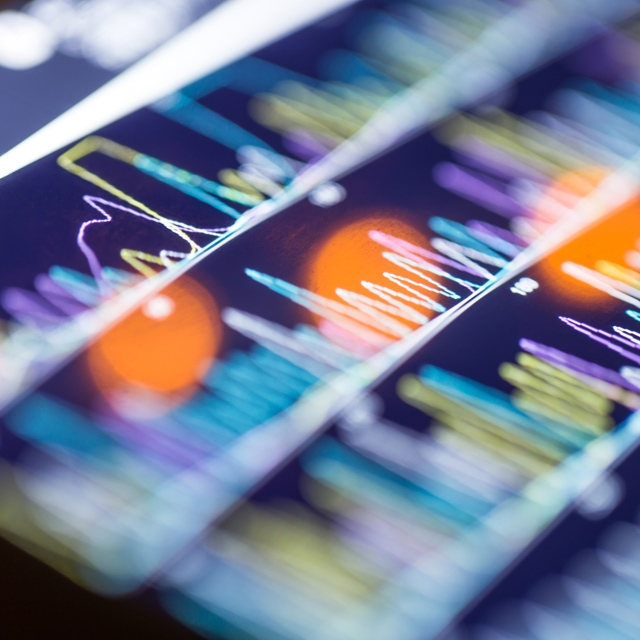 The Future is Now: Here's Everything You Need to Know About Consumer Genetic Testing

Between self-driving cars, A.I. assistants—and the fact that Elon Musk just launched a Tesla into space—it feels like the future of our sci-fi imaginings has actually arrived.

Then there’s the rise of futuristic-sounding consumer genetic testing, which is slated to be one of 2018’s top tech trends. If you’ve never given your own DNA sequence more than a passing thought, then fear not: we’ve put together an essential primer to this new craze. From the major players to what’s next for the industry, here’s what you need to know. Eat your heart out, Philip K. Dick.

Discover what your DNA says about you with a home-based saliva collection kit. Image courtesy of 23andMe.

It’s hard to believe that, back in 2003, sequencing a human genome cost a cool billion dollars. These days, you can get a detailed picture of your genetic make-up for the price of a nice dinner out. That’s one of the reasons DNA kits are on the up: as Euromonitor International noted in a recent report on 2018 consumer trends, “the market is fast becoming mainstream, thanks to falling prices, better marketing and distribution and positive regulatory changes.”

But consumer genetic testing didn’t come out of nowhere. Start-up 23andMe, still the most visible name in the sector, has been around for more than a decade. To use their service, all you need to do is spit in a tube, send it off, and you’ll receive detailed reports on your ancestry, your genetic health risks, wellness, carrier status, and traits, from whether you’re inclined towards curly hair or straight, have a preference for sweet tastes, or are coded for cheek dimples.

Today, 23andMe has a rush of competitors flocking to the industry, from BabyGlimpse (which promises expectant parents a glimpse of what their future child will be like) to AncestryDNA (which focuses on your ethnic background and finds your distant relatives), from DNAFit (which uses DNA to advise you on fitness and lifestyle habits) to Nutrigenomix (which prescribes genetic-minded dietary advice). Long story short, there’s a crowd of companies these days that want to tell you more about how you’re made—in detail.

You can trace your family tree to understand your roots and might even find a connection with a famous ancestor. Image courtesy of Ancestry.

In an age when plant-based eating and turmeric-infused lattes are some of the biggest trends, being health-conscious becomes ever simpler when consumer genetic testing steps into the fray. Thanks to their relative affordability, DNA kits provide a simple way to discover if you have a genetic predisposition towards high-blood pressure, say—and that kind of early warning can empower folks to make health-minded choices, backed up by data.

Practicality aside, the idea of knowing more about yourself (and your potential ancestors) is also pretty irresistible—and in a sci-fi way, the whole experience can be quite thrilling.

Like all ground-breaking tech advances, consumer genetic testing has its downsides—even dark sides. In a world full of data theft and loss of privacy, adding the granular details of your genetic makeup to the mix can begin to sound like a Minority Report scenario come to life.

Privacy advocates have good reason to worry. Not only is the sensitive genetic information stored by test providers vulnerable to being subpoenaed, stolen, or otherwise misused, but 23andMe has even stated in the past that it intends to profit from consumer data. That’s a scary proposition.

Speaking of frights: Medical professionals also counsel that genetic predisposition isn’t the same as having a disease—and warn that testing can lead to unfounded fears about one’s health. Approach with caution, in other words.

Ever wanted to look in to the future? The Baby Glimpse allows couples to discover genetic related traits their child could inherit. Image courtesy of Human Code.

Whether you can’t wait to learn more about your genetic make-up or would prefer to revert to simpler times, know that this is all just the beginning. “A US-based survey by UBS found that by 2017, only 13% had already taken a genomics test, but a further 25% said they planned to do so in the next 12 months,” according to Euromonitor International’s report. And, as Wired notes, AncestryDNA alone sold 1.5 million DNA kits between Black Friday and Cyber Monday last year. Now might be the time, then, to get comfy with your double-helixes.