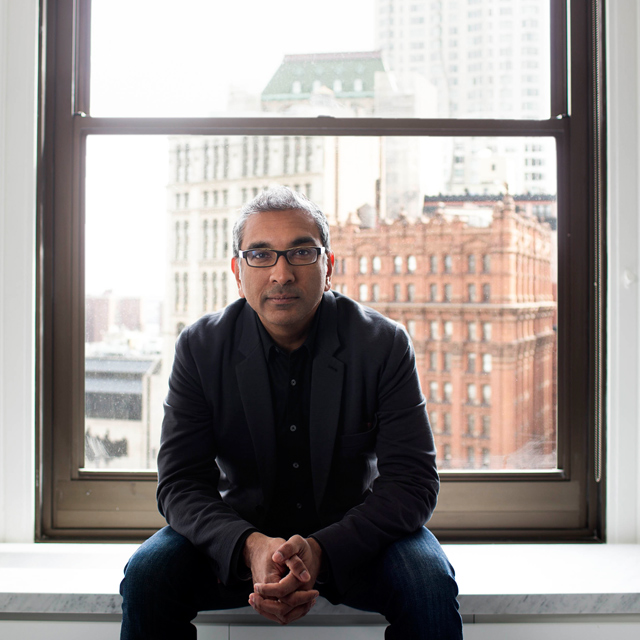 Long Commutes Contribute to Divorce, and Other Urban Wisdom

By 2050, over two-thirds of the world’s population, or 6 billion people, will reside in cities. This rapid urbanization, while concerning to some, is encouraging to internationally-acclaimed urban planner, Vishaan Chakrabarti. Having spent his formative years summering in and around the populated city of Kolkata, India, he learned first-hand the importance of urban planning and the role that cities play in developing public transit and affordable housing in the densest areas.

As a pioneer and leader in urban planning today, Vishaan is a strong proponent for city living and believes in the smart growth of cities.  Through his work at the Center for Urban Real Estate (CURE) at Columbia University, Vishaan redefines sustainability as dense, mixed-income, mixed-use, transit-based urban development (in laymen’s terms, cities).  He and his colleagues believe that smart urban planning can solve many issues facing our rapidly-urbanized world, from climate change and energy dependence to socio-economic inequality and political upheaval.

It’s heavy stuff for sure, so we were happy to sit down with Vishaan and get his hopeful and optimistic take on things:

Zipcar: The name Center for Urban Real Estate, or CURE, is clearly not an accident. What do you see as the “cure” for the rapidly urbanizing world?

Vishaan:  Sustainable, smart, urban living is the cure. Dense, mixed-income, transit-rich cities outperform all other kinds of human habitation when it comes to their impact on the environment, the economy and social equity. The densest clusters are also the most innovative. In fact, CURE research shows that 90% of the GDP is generated on 3% of our landmass.

Vishaan at SHoP Architects, an architecture firm that works on innovative projects around the world.

In addition, people who live in dense urban areas, even without a lot of new technology, tend to have improved public and social health in comparison to those in rural and suburban locations. In fact, a study out of Sweden found that as commute times grow, divorce rates do too. Absence doesn’t really make the heart grow fonder.

What are some of the things CURE has done to improve city living, particularly for those most in need?

We’re conducting a bit of a social experiment in Manhattan by developing mixed-income housing. Concentrating funding on developing affordable housing in dense, transit-rich urban areas has exponential environmental and economic advantages. For example, apartments heat and cool one another while detached houses are terrible thermal envelopes. Not only do apartment dwellers reduce their energy consumption, but they save a lot of money in the process.  Many people and books have explained ways to improve the economy or the environment and even social equity, but my goal has been to tie them all together and make the solution evident to the general public.

The sharing economy has spurred a lot of participants in bike sharing and car sharing, but I would love to see cities and companies investing in alternative energy like compressed natural gas or trying to pool resources and data to have a greater net impact on the environment.

Zipcar’s mission is to foster simple, responsible urban living. We understand that part of that is a strong transit system. Do you see cities investing more in alternative transportation in the coming years and what developments have you seen that are encouraging to you?

Many cities are investing in public transit in a really positive way – Charlotte, North Carolina built a great light rail system, Detroit is making significant strides to offer more mobility options, and Dallas is doing the same.  However, a lot of what has been invested in in recent years are new uses for old things. The sharing economy has spurred a lot of participants in bike sharing and car sharing, but I would love to see cities and companies investing in alternative energy like compressed natural gas or trying to pool resources and data to have a greater net impact on the environment.

The Millennial generation is of particular interest to you. How come?

Millennials are ready to move the world forward through positive urban development and societal changes. This generation is completely uninterested in housing or auto loan debt, these are folks ready to question the whole way in which we live in this country.

In the United States there are 80 million Millennials, the largest cohort of the population, and they have a stubborn resistance to moving to the suburbs. As a result, Millennials are putting pressure on cities to improve schooling, develop more parks and provide more public transit options. I thought there would be a huge geographic divide about how my ideas on urbanization would be received, but I found that not to be the case at all. The push for city-living is not a regional thing, it’s generational. I think we will see some very exciting innovations and changes as more and more people choose to live in cities.