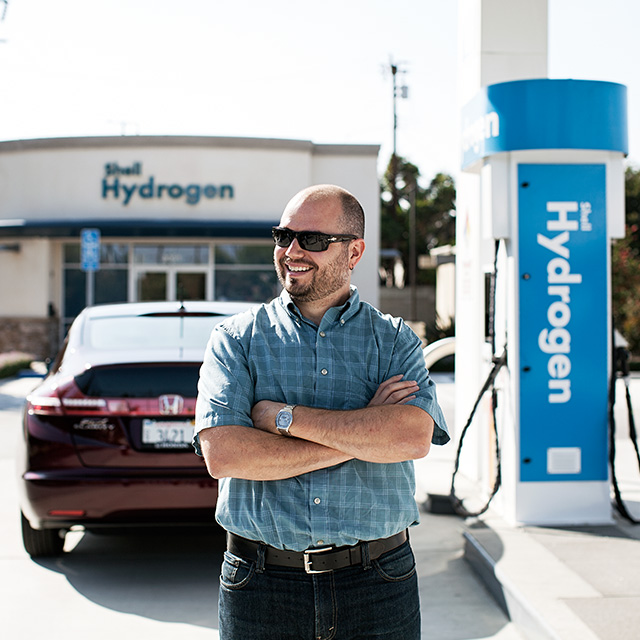 Why Honda Puts So Much Energy into Energy

With streets becoming more crowded and fuel prices pinching budgets, we're all looking for smarter alternatives to the gas-guzzling automobile. Honda, a pioneer in developing alternative fuel vehicles, has made significant innovations to solve the world’s plaguing energy issues. We sat down with Ryan Harty, Manager of Honda’s Environmental Business Development Office, to learn about groundbreaking new developments in sustainable energy.

Zipcar: How did you get into developing and testing alternative fuel solutions, and how has that played out at Honda?

Ryan: I grew up on a farm in Southern Alberta, Canada, and was very interested in renewable energies from a young age. At engineering school, I built and raced a solar-powered vehicle from Chicago to Los Angeles. When I joined the zero emission vehicle research group at Honda in 2005, my team was charged with making a hydrogen-powered vehicle that could compete with the convenience and ease of our gas-powered models. In order to ensure that the vehicle was up to standards, we had to test it all across the country — in hot weather locations like Las Vegas, on the hills of San Francisco, and the frigid winters of Albany, NY. Tests and implementation included everything from vehicle performance, to fueling issues and levels, to the design of the cup holder. (And don’t underestimate the time and care that goes into the cup holder!)

We learned that you hold patents that address barriers to the adoption of alternative fuel vehicles, including hydrogen-powered vehicles. Can you tell us more?

There are certain features that people are accustomed to from their time spent using a gas-powered vehicle. One of those features is the ease of filling up the gas tank. For quite some time, it was impossible to know precisely how full a hydrogen tank was, other than some educated guesses based upon pressure. Therefore, fueling took up to 30 minutes. That would be unacceptable for consumers. While on a plane ride home to Alberta for Thanksgiving, I was doodling on a napkin and began writing various equations to solve the fueling issue. Immediately, I knew I had found something. Against my family’s wishes, I spent much of my Thanksgiving break testing this equation — and sure enough, it was the solution we had been looking for. As a result, hydrogen fuel vehicles now take about 2-3 minutes to fill up and the tank and the pump can now communicate to know exactly how full it is.

Thanks to his own innovation, Ryan can fuel a hydrogen-powered car in just a few minutes.

Honda is known for cars, but also introduced a “Smart Home.” Can you tell us about the house and about Honda innovations not on 4 wheels?

Honda has a variety of products, including home power solutions, lawn items, and motorcycles. While much of the company’s focus has been on the automotive industry, our goal is to bring value to society as a whole and to provide solutions for people to live a zero-carbon lifestyle. Honda’s Smart Home is a part of the UC Davis West Village’s zero net energy community. 100% of the energy used for living and transportation comes from solar energy at the Honda Smart Home. We use key learnings from various vehicle tests and developments to create solutions that include using renewable energies for heating, electricity, and more, inside and outside of a home. In fact, we have open sourced our designs for the Honda Smart Home so that other people and companies can replicate what we have created.

How do you feel about car sharing? Studies show that every Zipcar removes approximately 15 personally owned vehicles from the road. As a car guy, how do you react to that?

Honda has been investing in sustainable transportation solutions, including car sharing, for many years [editor’s note: Honda is a key partner in making Zipcar ONE>WAY happen]. In cities, where car sharing is quite popular, it makes both economic and environmental sense for people to share cars. Out in the suburbs, the model becomes much harder and people often purchase a vehicle or even two. Regardless, we work to provide efficient, economical, and environmentally-friendly options for our customers so that whether they are driving a shared car in a city or have two of their own in the suburbs, they are driving the most fuel-efficient, low-carbon vehicles possible.