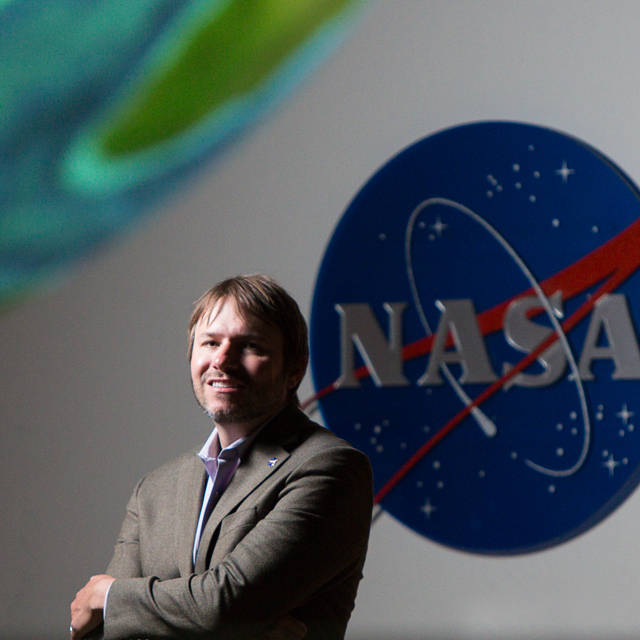 How Did NASA Build Communities of Space Lovers? Answer: It’s Written In The Stars

Ever since the 1969 Apollo launch to the moon, NASA has had some big moonboots to fill when it comes to engaging its audience. After all, that famous launch mesmerized people all over the planet, from families glued to their televisions to entrepreneurs like Richard Branson, who’s cited that historic event as inspiration to follow his dreams of commercial space travel.

Now, NASA is back in the forefront, only the screens have multiplied (and gotten quite a bit smaller). Thanks to a very active social media presence (think rovers in Mars checking in on FourSquare, and sponsored Google Hangouts with celebs and astronauts) NASA is connecting with space lovers all over the planet, earning a spot as one of the top companies doing social media right. (And with 480 social media accounts, that’s no small feat.)

Zipcar had the opportunity to speak with the two head managers of social media at NASA, John Yembrick and Jason Townsend, about how — through astounding imagery, breaking discoveries, and innovative Twitter Meet-Ups— they engage, enlighten, and inspire their legions of space-loving followers.

Zipcar: How has social media been able to connect NASA with an emerging audience?

John: There were a lot of things we were doing that were mind-blowing that people weren’t seeing. Social media has given us an outlet to tell our story and connect to people’s lives, showing how our story can be relevant to the average person and how we can make kids interested in science, technology, engineering, and math. NASA is notorious for putting out content and we try to break it down so that everyone can understand.

How do you simplify these discoveries to cater to a general audience? (With more than 1.2 million followers on Instagram, you’re the number one federal agency on there — so clearly your images are working!)

John: Sometimes the things we get in front of us are really complicated and head scratchers where Jason and I are like, “What does that mean?” Now that we have visual mediums that we didn’t have before, it makes a big difference. You can tell a lot through a shareable graphic, a short video, or just an image of what you’re trying to convey. We can’t be everywhere — and don’t have the resources even if we want to be — so we have to be careful about curating and figuring out what is the best fit for telling NASA’s story.

What has NASA done to build a community on social?

Jason: We run a brand ambassador program that we call NASA Social. We started a tweet-up and invited our followers from our social media accounts to come to an-in person event to pull the curtain back and see what things are going on behind the scenes at NASA.

We’ve actually done over 75 of them in over five years and brought in more than 6,000 social media followers, and it has really cultivated the community. The guests learn about NASA from our experts, and they see our facilities and what we are working on — the missions, projects, and everything.

What other strategies are in your social media kit?

John: We use Google Hangouts when we know that there is a breaking story. A lot of our day-to-day stuff is reacting to the news that is coming in, which is about new technology or a great new photo of earth from the space station, or there’s a hurricane and a weather satellite captured it.

Jason: We have an incredible number of really talented good subject matter experts that we would love to share with the rest of the world. Google+ has given us a way to put up our experts and have a conversation and take questions with the public and really engage with a larger audience that is out there.

How do you determine what’s classified and what you can share with NASA social networks?

John: When social media first came out, everyone was really scared about putting out information that wasn’t ready to release. I wouldn’t use the word classified, but we do have things that are embargoed and discoveries that are going to be published in science journals. We don’t ever want to get ahead of those things, so what we do is, we are very careful to wait until things are already public.

For example, let’s say there’s a new Hubble discovery coming out. We know about it, we wait until it is up on NASA.gov and the image is available online. So we really try to take content that’s already out there and try to get stuff out right when it breaks. That’s how we ensure that we are not breaking news ourselves.

You’ve advised creators of Hollywood space movies and hosted a Google+ Hangout pairing Star Trek cast members with a real astronaut at the international space station. What kind of moving images are you yourselves putting out?

Jason: When astronauts are out spacewalking, they hold Go-Pro like cameras where you can actually see what they are looking at.

Do your social media programs affect education in any way?

Jason: On a routine basis, when we make big scientific announcements and discoveries, we are literally re-writing textbooks — and that happens more times than not as we figure out more about our home planet and our place in the universe. So the educational momentum of what we do has a huge impact.

How has interest in space changed throughout the years?

John: What if the Apollo moon landing happened today? It used to be the public was an observer, sitting in front of the television. Now, there's a participation by the public in what we are doing, which influences our funding and priorities. That is what has changed and I really think this makes a huge difference.

BY MELISSA POCEK // PHOTOS BY SEES THE DAY