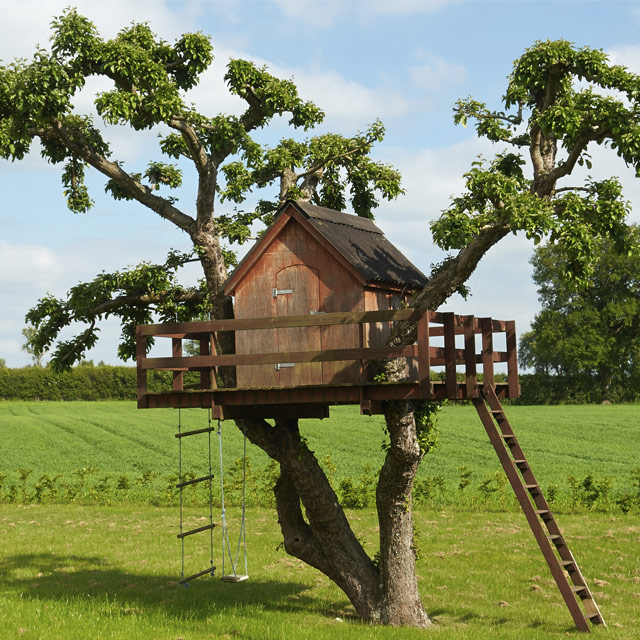 Trading a Connected Life for a Simpler One

For most of us, life is tech-filled, sensory-overloaded, and moving at a rapid-fire pace with constant pressure to keep moving faster along a defined path. But a rising wave of individuals are taking a step back and placing an emphasis on experiences and flexibility over consumption and conformity.

At Zipcar, we are intrigued by individuals who chose to eschew established norms to forge their own way. The following three folks have managed to break away from the adhesive grip of technology along with their cushy city habitats in search of a simpler, more organic, and truly mobile existence. In doing so, they discovered new-found passions and contentment from living in the moment – a reward that simply can’t be bought.

Sound scary? It is, at least a little…minimalism isn't for everyone. But these three pioneers have turned every urban professional’s fantasy of one day ‘chucking it all’ into the reality of living simply.

FROM HIGH TECH TO HIT THE DECK

It wasn't long ago that Susie Larson had a promising career as a tech sales engineer and a 2-bedroom apartment in Chicago. However, she also had the underlying feeling that something was missing. “I was trying to fit a square peg into a round hole,” she says. “I had everything society expects of people, but I wasn't happy.” So last August, she made the enormous decision to ditch all of her possessions and board a one-way flight to French Polynesia, toting only a backpack.

Following her passion, Susie became a sailor in the South Pacific, which has opened up the world. So far, she’s sailed from Tahiti to Tonga to New Zealand, where she’s met a rainbow of people, taken “epic walks” between sails, and tackled odd jobs — like polishing boats and painting huts — to cover expenses. Once a steadfast urbanite never far from a WiFi connection, now “it's so hard to even think about coming back to the States,” she says.

FROM MOUNTAINS OF PAPERWORK TO…MOUNTAINS

A little closer to home, and on dry land, Vince Bates recalls the first time he went rock climbing in Salt Lake City, Utah, between his undergrad and graduate work in architecture. "I remember the climb vividly; it was called Satan's Corner," he says. "I fell, and my friend instructed me on how to move my hands and feet in a very non-instinctual manner. A light bulb just clicked and I realized there's a lot more to this. There's problem-solving and body moving, and a creative aspect to it. And I just knew I had to do this forever at that moment."

Vince Bates has endless space on climbs (like Gila Monster in Tucson), so he doesn’t feel closed in by his 9x10 apartment.

Fast forward nearly two decades, and Vince’s life has completely flipped. No longer an architect, he has built his livelihood around rock climbing, trading man-made structures for natural ones. Vince lives out of a single rented room in San Francisco — near the best climbs. He’s also become an independent contractor installing cell phone towers, which allows him to climb and travel extensively in his spare time. (Plus, he embraces heights and can clamber up the cell towers faster than most.) Although not everyone understands his eco-centric, unconventional set-up, “I'm doing something that makes me truly happy instead of buying something that makes me truly happy,” he says.

FROM RAT RACE TO PEACE CORPS

Half a world away, Vanessa Soto is also on Vince’s wavelength. It’s been four months since she arrived in Jinja, Uganda, and with a monthly salary of $240, the Chicago native had to keep things simple. She spends $4 a day on food, $2 on the Internet, and $2 on transportation. (It helps that she walks most places, regardless of distance.) Nothing is left over, and former urban comforts feel like parcels of a past life. Vanessa stays in a tiny studio between loud neighbors, with floors that never get clean from the dusty-red ground of Africa. As an international peace volunteer serving through a literacy project, she’s learned to assimilate.

Vanessa Soto swapped the city streets of Chicago for dirt roads in Jinja, Uganda and couldn’t be happier.

“The idea is that we integrate into our communities and are better able to understand why things are done the way they are,” says Vanessa. “It takes twice as long, if not more, to do the menial tasks we take for granted in the States, using technology.” However, she doesn’t value city conveniences above the insight she’s currently gaining. “It’s a short life that we live, and our time here is too precious to be spent glued to any few things.”

The Breakfast Club of a new generation, Susie, Vince and Vanessa have gained far more than they've surrendered, proving that fewer possessions can lead to more appreciation and fulfillment, plus the freedom to see, experience, and positively impact the globe. By sailing, climbing, and walking (everywhere from the West Coast to the South Pacific), they've given new meaning to sustainable mobility. Which makes us wonder, if you could shrink your life and start all over, where would you go, and how would you get there?