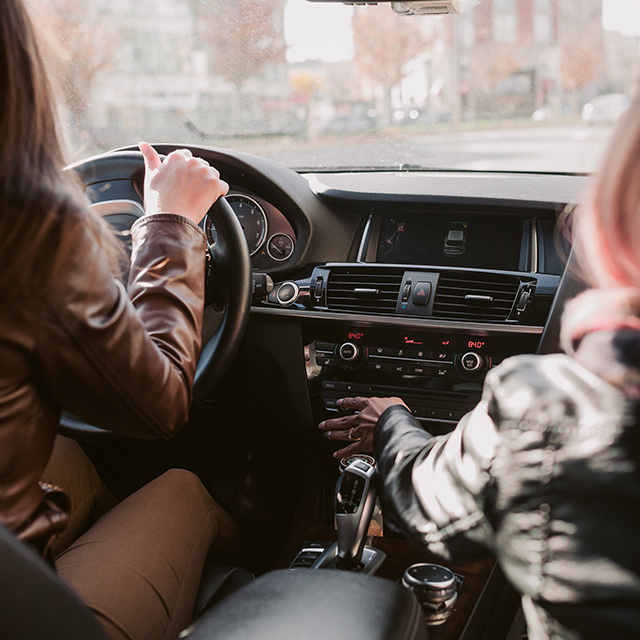 5 Audio Books to Match Any Kind of Road Trip

Speak Volumes on your next road trip.

Just say the words “road trip” and you can’t help but think of writer Jack Kerouac and tales from his novel, “On the Road.” Even if you’ve never read it, the chronicle of his quest for freedom on a cross-country trek defined the Beat Generation in all of its romanticized counterculture. While the era of hitchhiking has passed, along with the sweeping grandeur of life lived along the asphalt strips, the road trip remains an expression of freedom and adventure.

We’ve discovered the 21st century way of turning a car ride into a cinematic event—at least in your mind’s eye. Here are our five fave titles to pair perfectly with your next long-haul journey.

Make the most of every minute of your road trip. Image courtesy of Amazon/Audible.

1. Adventure for the Whole Family

A Wrinkle in Time by Madeleine L'Engle. Narrated by award-winning actress, Hope Davis (American Splendor, For The People.)

Story: What better way to soothe kids confined to a car for hours on end than with a fantastical time-travel journey? High-school-aged misfit Meg Murry is transported on an adventure through time and space with her younger brother Charles and friend Calvin. They’re on a mission to rescue her father, a gifted scientist, from the evil forces that imprison him on another planet. With themes of good versus evil, this book teaches kids that "everything is going to be all right" without sugarcoating the darkness and danger lurking around us. Rated 4.4 out of 5 stars by audible listeners, it’s a classic must-read for kids and nostalgic throwback for parents.

2. For Hikers or Historians

Story: Drawing straight from 1977 cult classic film of the same name, the story is Smokey And The Bandit meets Every Which Way But Loose where the titular Stinker leads lawmen on a wild chase across Bicentennial America with the help of some sidekick pals—including a chimpanzee. A nod to the lost era of trucker films, it’s an absurd, outrageous, slapstick extravaganza sure to lighten up any car cabin fever. This is R-rated fare, so best for adults only.

From the food lovers to the, well, lovers, these audio books are bound to make time fly by. Image courtesy of Amazon/Audible.

4. For Foodies and Dreamers

Story: As a small Ethiopian boy, Marc spent every Saturday helping his adoptive Swedish grandma Helga make her signature roast chicken dinner. This ritual instilled in him a passion for cooking that would become his life’s work, earning him an impressive culinary award at age 24. Listen to—and almost taste—the sweetness of this tale of personal discovery and relentless determination. We trace Marc’s remarkable journey from Helga’s kitchen to some of the most cutthroat restaurants in Switzerland and France. With disarming honesty, the restaurateur looks back on what led him to opening the standout multiracial dining room Red Rooster, in Harlem. One chapter in and you might have to detour for some gourmet snacks.

5. For Lovers and Romantics

Story: Couples who road trip together, stay together—especially when they listen to expert relationship therapist, Dr, Gary Chapman, explain the five types of love languages. You see, different people with different personalities express love in different ways, which Chapman breaks down for us all. Better than taking Cosmo quizzes and easier than adding a couples’ therapist to your trip, this audio book might give you something valuable to talk about other than when to make the next pit stop. It’s all lovey-dovey from here.