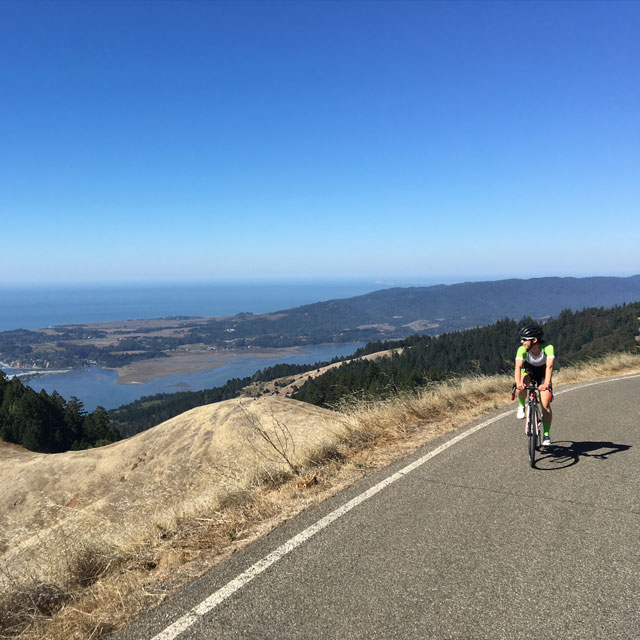 Best Bike Routes and Rides, Right Outside the City

You may not know it, but there’s fantastic riding terrain right outside of most major cities! Over the years, Boston-based cycling team Green Line Velo has been fortunate enough to ride and race bikes across the country, with Zipcar as an integral part of our transportation needs. Take a look at what our favorite rides are across the country.

We couldn’t kick off our list without starting in our hometown! Boston is home to a large athletic community, buoyed by the ever-growing collegiate population. Within the city limits there are great running and bike paths, as well as a growing cycling infrastructure…but we want to share our favorite rides out of the city.

If you ever find yourself in need of a good mid-week workout, come join us on our Wednesday Night Group Rides! Every Wednesday from May through September, we leave Landry’s Bicycles Boston at 5:45 pm to embark on a suburban loop through Newton, Wellesley, and Weston. There are several distances to try out, all of which are located on our team website.

With classic New England roads and rolling hills, this route to the northwest of the city is one of the most popular for Boston area cyclists. The ride starts from one of our favorite coffee spots on the outskirts of the city. You’re likely to see other cyclists here as you roll out by the Chestnut Hill Reservoir and through the Boston College campus. Then there are a few great roads through Sudbury, the Assabet Wildlife Refuge, and Stow, as you make your way to Concord.

We strategically schedule the coffee stop in Concord center about two-thirds of the way through the ride; once you make it here, you’re practically home! On the way back to Boston, Conant Road is a personal favorite of ours. Good luck taking the KOM/QOM (King or Queen of the Mountain) crown from our Wednesday night group riders!

We all think of New York as the ultimate concrete jungle, with dense infrastructure bringing millions of people in and out every day. Despite being the largest metropolitan area on this side of the world, great riding and quieter roads are just a bridge away.

River Road is every New York City cyclist’s riding oasis. Immediately accessible once you’ve crossed the George Washington Bridge from Manhattan, River Road will treat you to tranquil car-free paths, lush greenery, and river views. At the very end of the path, you’ll encounter the Ranger Station climb, a favorite for hill repeats. Depending on where you’re starting your ride, River Road could be part of an early-morning weekday jaunt or a longer weekend training ride.

For those looking to get out of the City and get more serious miles under their belts, Nyack is the destination of choice. Those in the know will stop off for a coffee and pastry boost at Boxer Donut or the Runcible Spoon, both conveniently located off Nyack’s Main Street.

The third largest city and metropolitan area in the U.S., and home of the Intelligentsia Cup race series, Chicago is one of our favorite places to visit every summer.

The Lake Shore bike path is an easily accessible pedal from downtown Chicago—simple to access and ride for locals and out-of-towners alike. This path is flat and easy to cruise along, can be ridden on anything from a road bike to a hybrid or beach cruiser, and provides scenic views of the Chicago skyline. One quick tip: Since you’re riding right along the edge of Lake Michigan, you may get to experience what we cyclists consider to be the true meaning of the “Windy City” firsthand!

For those looking to venture further outside the Chicago city limits, this longer loop venturing north delivers some great riding along the quiet paths circumnavigating the Skokie Lagoons. The route follows the North Branch Trail all the way up towards the Chicago Botanical Gardens. Since the route is relatively flat, you’ll cover these 48 miles in no time!

There’s no mistaking that the car dominates the culture in the Los Angeles area. But that doesn’t mean that there aren’t supreme riding options just within a few miles of the city. Our team hosted our training camp out of Venice Beach this year, and we have some other great rides to share.

Commonly known in the LA cycling scene as the TOTS ride (Topanga-Old Topanga-Stunt), this ride takes you over some challenging terrain and elevation, but is a prime example of some of the best riding LA has to offer. The route starts with a nice warm-up on the Pacific Coast, but soon turns challenging as you turn right and ascend Topanga Canyon. Once you crest the top, make sure to take a trip to Pedalers Fork, a cycling-themed cafe with a full bike shop, for some much-needed relief. After refueling, wake up your legs on Mulholland Drive before the trip up Stunt Peak road.

The ride down Tuna Canyon offers magnificent views of the Pacific coast, but make sure to stay alert and pay attention to the road. Although it is closed to oncoming traffic, Tuna Canyon is a demanding, steep, and twisty ride down. Finally, enjoy a flat shake-out on the coast to cool the legs down on the way back in.

This ride—flat, scenic, and with plenty of stops along the magnificent Los Angeles coast—is perfect for the casual cyclist, or for a day of beach-cruiser recovery after ripping up the Canyons.

Starting and finishing at the Santa Monica pier, this ride is an out-and-back that turns around at Redondo Beach, all on well-signed and easy-to-navigate bike paths. If you don’t travel with your bike, numerous beach cruiser and bike rental shops are along this route.

Since this is an out-and-back, feel free to start and turn around at any point. The path can get busy, so plan to take it easy, relax, and put a few hours aside to complete the entire ride.

Surprising rides—and views—are in store for cyclists in Los Angeles.

Every east-coaster’s favorite west coast city, San Francisco offers superb riding terrain for the hill climbers, and even some for the flatlanders. A bike ride over the Golden Gate Bridge is something everyone should get to do in their lifetime. Once over the bridge, there are many options to embark on some of the most scenic rides in the country.

Enjoy views of the Golden Gate Bridge and modern field art as you start through Crissy Field. The route heads out of the city, over the bridge, and descends down into Sausalito on the way to the rolling coastline of Paradise Cay.

Try to keep a little in the tank for the climb back up to the bridge. If you’re looking for a bigger day, continue north on Paradise Drive and connect back to the loop via Corte Madera Ave to Camino Alto.

Our favorite route that goes up Mount Tamalpais journeys north through Corte Madera and Fairfax, and then goes

There is a little bit of relief a third of the way up the mountain—and the remainder of the climb is beautifully undulating—allowing a nice mix of cadence and getting out of the saddle to keep things fresh and lively. We highly suggest exploring the out-and-back to the east peak; you won’t regret the views!