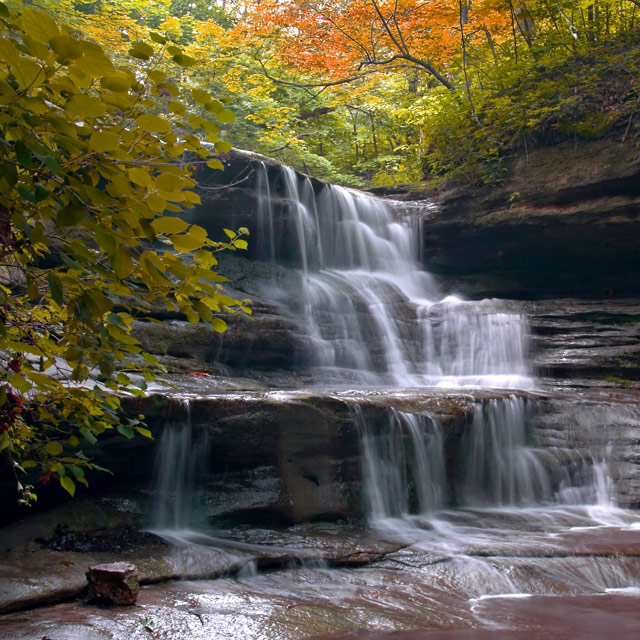 You don’t have to go far from the city to find a winding trail waiting to be explored. Whether you’re the rugged, outdoorsy type or you can barely cross the street without groaning, there’s a scenic hiking excursion for you nearby!

Whether you go leaf peeping in the autumn or hiking in the spring, Wachusett Mountain offers a breath of fresh air.

While we love a good ski day as much as the next snow bunny, we know that Wachusett Mountain has much to offer not just in the colder seasons, but all year-round. One of the best ways to enjoy the mountain is to hike it. Wachusett’s 2.6-mile Harrington Trail is the perfect way to work up a sweat on the steady ascent. And the reward is worth it. On a clear day, you can spot Mount Monadnock to the north and the Boston skyline to the east. And it’s all just an hour’s drive away.

Eldorado Canyon State Park is about a 50-minute drive from Denver and is a must for climbers, hikers, and day-trippers looking for a break from the city. Hit any of the park’s five trails, which all boast glorious glimpses of Colorado’s rugged geology: red and golden peaks of sandstone, quartzite and granite, lichen-covered walls, and expansive views of the Continental Divide and Colorado’s eastern plains.

Work those quads: a trek up San Francisco’s Filbert Street Steps will reward you with fantastic city views.

For city-livin’ folks who crave urban comforts, a hike up San Francisco’s Filbert Street Steps is ideal. (Hey, you’re walking uphill—it counts!) Not only will you get to see Coit Tower and spectacular views of the city, but you’ll also gaze upon Grace Marchant Garden, a verdant garden that's open to the public, along the way. On your way down, admire quaint local cottages and depression-era apartments from above. Oh, and wild parrots.

Less than an hour from Chicago, Waterfall Glen Forest Preserve supplies a much-needed dose of tranquility.

Waterfall Glen Forest Preserve offers an incredible 9.5-mile crushed-limestone loop with woods, hills, and bluffs overlooking the Des Plaines River. Even better: The park is only a 40-minute drive from the city. Be sure to spy the signature waterfall too, which was created by the Civilian Conservation Corps in the 1930s.

A little over an hour’s drive from New York City lies New Jersey’s Greenwood Lake, a six-mile loop hike offering beautiful views of the NYC skyline. While the trail is difficult (a rocky terrain with a few sharp inclines), the long trip is worth the 1,240-foot ascent. And with all the pine trees, rock formations, and endless flora, you can majorly vibe on the sensation that you’ve escaped metropolis—at least temporarily.