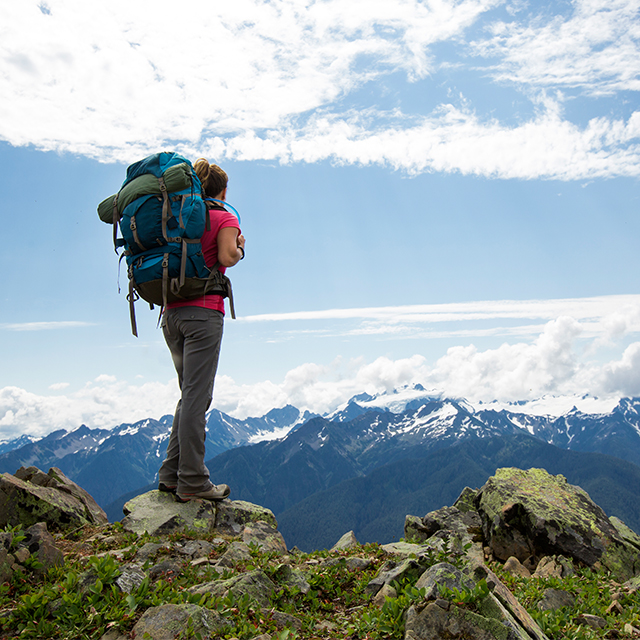 Pushing Boundaries: Why I Travel the World, And You Should Too

When asked if I had any exciting plans for Switzerland, I told my parents I was taking a scenic flight over the Alps. I didn’t mention I would be taking the quickest route back down to the ground—I was meant to be pushed out of a plane.

Skydiving, as it turns out, is one of those adventures you’ll happily brag about having the guts to do. But after having paid (which I did a day early so that I wouldn’t chicken out), I spent a full 24 hours wondering if I’d just had a psychotic break.

But despite my stomach full of nerves, I allowed myself to be strapped to a stranger, and watched as those in front of me positioned themselves on the edge of the plane’s open door and tumbled out one by one. And then it was my turn. I arched my back and prayed I would be alive at the end.

Before I knew it, I was freefalling through some of the most amazing scenery in the world at 125 miles per hour towards the ground. The air rushed into my face and my heart was racing. At an altitude of 14,000 feet, my cursing was carried away by the wind. But the initial terror quickly gave way to an intense and exhilarating burst of adrenaline.

I was buzzing once I finally found myself on solid ground. This adrenaline rush, the one that comes from stepping out of your comfort zone, is better than any feeling on earth. And it’s addictive. That day I vowed that I would spend the rest of my life pushing my own boundaries.

A leap of faith (and maybe a bit of a push) was needed for Jerrard’s skydiving adventure in Switzerland. Image courtesy of Megan Jerrard.

Because life doesn’t have to be dictated by norms

My Switzerland trip was part of a 12-month gap year spent traveling through Europe before starting university in Australia and “settling down.” But after I returned, I wasn’t happy accepting that this life meant I couldn’t travel anymore.

I returned home and did the “normal thing,” finishing university while traveling as a hobby during my semester breaks. But as silly as it sounds, one of those social media memes really struck a chord:

“Instead of wondering when your next vacation is, why not create a life you don’t need to escape from?”

I decided I was going to make money from a travel blog. Sure, it wasn’t exactly a traditional career, but other people were out there doing it; selling advertising and pursuing sponsors, and getting paid to inspire others to invest in the same adventures as you. Yes, it wasn’t 9-5, and being a writer isn’t always a stable job, but I decided that my life didn’t have to be dictated by social norms.

My friends from university have gone on to pursue more traditional professions, but I don’t regret my choice of a different kind of life. Because now, as a professional travel blogger, I have a life I don’t want to take a vacation from. And my office has been anywhere I want—from a beach in the Galapagos Islands, to the Amazon rainforest. As long as I have an internet connection, I can make money and travel the world.

Jerrard with members of her camp in Kenya. Image courtesy of Megan Jerrard.

Because there’s so much out there to explore

As soon as I started traveling, I was overwhelmed by the realization of how much of the world there was to explore. And if I was going to see it all, I couldn’t waste a second—travel had to be a full-time lifestyle choice.

In 2010, I traveled to Kenya as part of a multinational camp. We were split up into smaller camps of 50 for two weeks. During the day we would complete volunteer projects like building bus stations and visiting local schools, and each evening we were given raw food and told to figure out dinner as a group.

This was more of a challenge than you might think, and on that first night we all went hungry. With 50 different nationalities, cultures clashed, there were language barriers, and immense hunger made our tempers run high. Opinions varied on how we should cook, we had different standards of hygiene and sanitation, and ingredients that those from Western nations considered waste (like bones), kept getting thrown back into the pots. It was an absolute mess, and everyone stormed off without eating and went back to their tents.

Though frustrating, it only took a day to realize that we needed to work together and communicate properly if we wanted to eat. And as we began to work together, it wasn’t long before dinner became a really enjoyable time. A time for chatting, laughter, dancing, and enjoying samples of cuisine from all over the globe.

I learned that diversity is a beautiful thing, and that day taught me I wasn’t alone. There was a huge world that existed beyond my bubble, full of different people, different cultures, different ways of life, and I was suddenly itching to explore them all.

I’m now intrigued by cultural differences, and the learning experience that comes from traveling the world is something I truly value. But you don’t have to go hungry to challenge your worldview. Whether it’s making the effort to speak a little of the local language, staying with locals via home stays, or couch surfing—there are always ways to have a more immersive experience and travel can always teach you something.

Megan and her “handsome American” (also known as Mike Jerrard, her husband and fellow traveler). Image courtesy of Megan Jerrard.

Because travel opens up a world of new friendships

When I travel, I always meet the most fascinating and interesting people. I’ve been pleasantly surprised at how many people are actually interested in hanging out and chatting with a stranger, and want to make friends.

My best tip for meeting people abroad is to stay in a hostel dorm. It’s surprisingly easy to strike up a conversation when you all have traveling in common, and you’ll soon be sucked into the “Where are you from? Where have you been? How long are you traveling?” and so on.

And while most of these friendships may only last for a day, you never know who you’ll meet at the hostel bar. I had just descended from the summit of Mt. Kilimanjaro, and had a day to clean up before an African safari. Springlands Hotel was a hub for arriving and departing Tanzania tours, so there were travelers galore.

I struck up a conversation with a handsome American at the bar, and before we knew it, pool cocktails had become dinner, dinner had turned into drinks, and we had talked endlessly for hours until daylight hit. We’d only known each other for 12 hours, but we swapped contact details, and said goodbye to what could have been just another “five-minute friend.” Three years and countless adventures later, that handsome American proposed.

Let people say what they will about relationships on the road being fleeting—I always say “my husband,” when asked about the best travel souvenir I’ve ever brought home.

Because exploration transforms you

It’s impossible to imagine the kind of person I would be if it weren’t for travel. Navigating foreign cities has made me fearless and adventurous. Sharing a meal with people from other cultures has made me open minded and more kind. Solo travel has forced me to become street smart and independent. And traveling with a partner continually humbles me and means I keep a grounded perspective. Above all, travel makes me genuinely happy. These collective experiences have taught me incredible things, and allowed me to transform into the person I wanted to be. So yes, I had to travel the world. Because I can’t imagine my life otherwise.

Megan Jerrard is an Australian journalist and the founder and senior editor of Mapping Megan, an award-winning travel blog bringing you the latest in adventure travel from all over the globe. At 29 she has lived a life full of adventure—including skydiving over the Swiss Alps, walking among the mighty elephants of Africa, and summating the highest free-standing mountain in the world (Kilimanjaro).

Her husband Mike is the American naturalist and wildlife photographer behind Waking Up Wild, a website dedicated to opening your eyes to the wild and natural world.