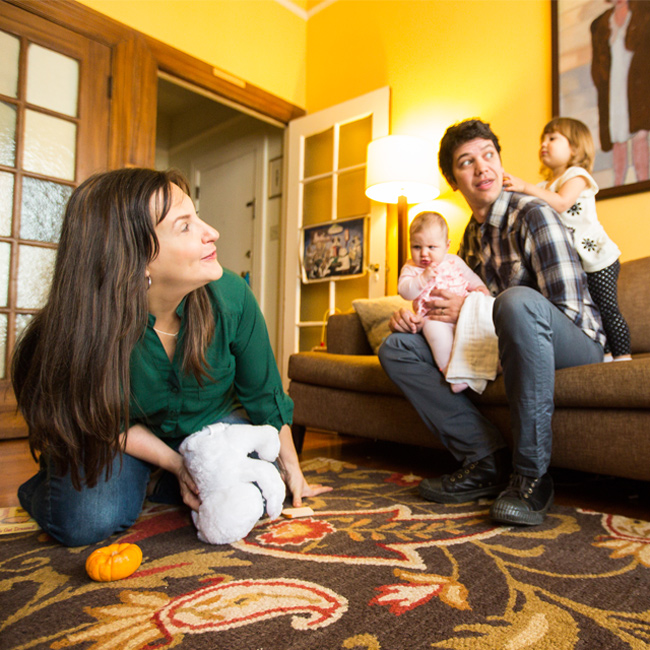 Baby's First Drive (In a Zipcar)

In early 2012, the San Francisco Zipcar team tweeted, “What are you looking forward to most in 2012?” Chris Parente da Costa replied “Having a baby. Probably bringing her home in a Zipcar at the end of January.” And he did. On January 30, 2012 Chris brought home his first daughter, Vivienne, in a Zipcar.

Just a few days before the tweet, Chris and his wife Susan talked about plans for the big day. Both Zipsters since 2006, they never doubted that Zipcar would play a pivotal role in this part of their lives. “Zipcar is our car. It’s easier than coordinating with a friend, and much more reassuring than a taxi for a nervous new parent,” said Chris. It went so well that the chariot was used yet again just three months ago for the arrival of second baby girl, Paloma. Clearly when you’re a first parent, easier is always better.

The age old debate - to raise kids in the city or suburbs – was never a tough decision for Chris and Susan to make. Even with their Wisconsin roots Chris says, “The city is where we feel most fulfilled from the energy of the community. A quick trip to get a carton of milk turns into a few pints with neighbors.” It’s those quick errands that Chris loves most about having kids in the city - everything is close enough to bring the girls and take an ambling detour through Golden Gate Park. And when it’s time to all pile into the car, the family heads north to Muir Woods for the Redwoods or Sonoma Valley for the sun.

Out and about in the Lower Haight.

While Chris makes it look easy to maneuver two babies in their Lower Haight flat, he admits that since becoming a father of two “unpredictability is gone - everything is planned”. So while spontaneity might be gone, the bustling city will continue to bring the family some adventures. Certainly the girls will.

BY LAUREN BREUNING // PHOTOS BY SEES THE DAY PHOTOGRAPHY