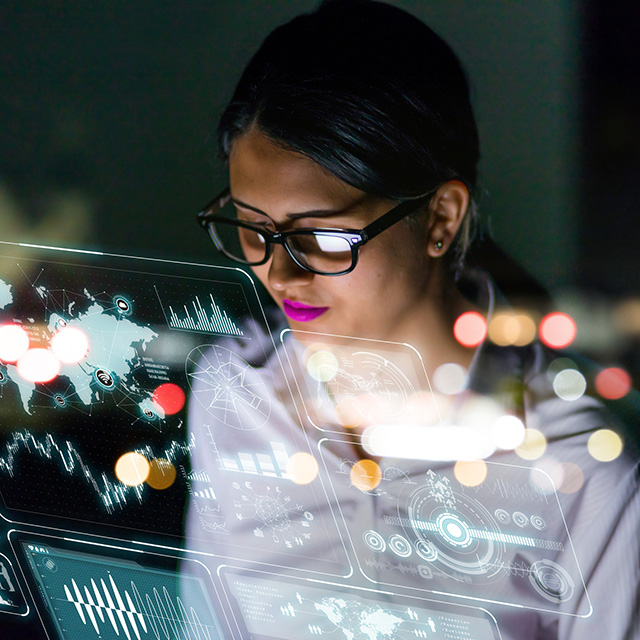 With so many new products hitting the shelves, it’s not easy keeping up with the latest trends in tech. And truth be told, we can’t even imagine how tech will change our lives in the next ten or twenty years. Even in 2019, new tech could make a massive difference to how we live, work, play and connect.

From the arrival of 5G to artificial intelligence and virtual reality, here are some of the most exciting tech trends to look out for.

Ever dreamed of being able to tell your coffee machine to make you a cup o’ joe?

5G is going be 100 times faster than 4G. To put that in perspective, that means downloading a film in just 10 seconds. You could download an entire movie while standing in line at a coffee shop, just to see that one scene you like. That’s how quick 5G will be, and by itself that could have a pretty transformative effect on our lives.

But even more exciting, 5G will make things “smart”. Imagine walking into your kitchen and seeing a smart oven, smart stove, smart coffee machine, smart toaster.  You would manage them through a voice assistant like Amazon’s Alexa or Apple’s Siri, or through an app. “Make me a coffee,” you’d say and voilà! — a coffee would be made for you. And when the coffee runs out, no worries! It would order you more without you lifting a finger.

We’ve waited a long time for VR to have its breakthrough. Will it come in 2019?

Even cooler than having a home that responds to your commands and keeps itself well stocked is the ability to walk into one, virtually, and take a look around. We’ve all been waiting for VR to develop enough to have its moment. So far, Oculus Rift and other VR tech have been seen as a kind of curiosity or luxury—something that only really appeals to lifelong tech junkies.

But in 2019, we might see VR get so advanced that headsets start to have mass-market appeal. First, the price has to come down, but it’s possible that mega-companies such as Facebook would deliberately take a loss in order to get more people to use its VR headsets. Other commentators have said that the all-in-one, cordless gaming system Oculus Quest, which is due to be released next year, could push VR into the mainstream. We can’t wait.

Machines are getting smarter by the day, but might we see a leap forward next year?

Maybe one day robots will rise up and overthrow their human makers like the plot of a bad sci-fi film, but in the meantime, some pretty exciting developments are taking place in AI. In 2019, AI is going to evolve in a big way, and our understanding of the potential (and the limitations) of the human-AI relationship will become even more complex.

AI may start to be seen as a fundamental part of any good business, improving processes and augmenting human action. It could be used to convert big chunks of data into comprehensible and digestible text, so that humans can understand the implications of a string of numbers. Virtual Agents serving as online customer service representatives will become more advanced and might even develop the ability to work out what you’re not saying as well as what you are. (Mind, blown.) And digital transformation, that thing that every company is trying to do? AI will play a huge role in making it happen by working out what needs to be changed and how.

We're only just getting started!

And those aren’t all the tech trends we can expect to see. We could see blockchain evolve in a big way, electric vehicles start to appear in huge numbers in cities around the world, and NASA complete its Unmanned Aerial System Traffic so that drone traffic in the skies can be managed. When it comes to tech, the possibilities are endless.