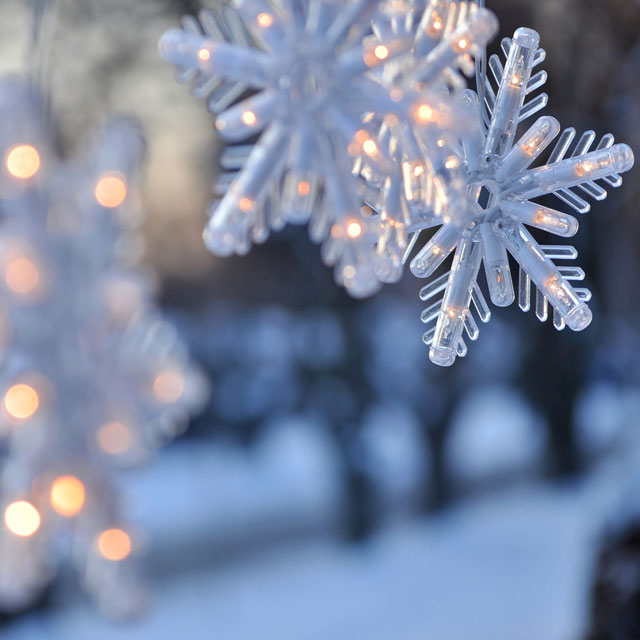 The Best Cities for Christmas Lights

There are lots of things that can make you feel festive. Sipping hot cocoa on a cold day, for example, or ticking off those last tasks of the year before you finally have a break.

But, let’s face it, it isn’t truly Christmas until you’ve been dazzled by countless twinkly lights and come face-to-face with an illuminated Santa Claus.

There are so many places around the US and Canada that put on bold Christmas light displays. There are just some that do it a little bigger—and brighter—than others. Here’s our guide to the best cities for festive Christmas lights.

Residents of Brooklyn’s Dyker Heights don’t do subtlety when it comes to their Christmas decorations. Entire streets blaze with colorful lights.

Many streets and neighborhoods participate in a little friendly light show competition each year. But it might just be that this New York borough outshines them all. Wear your shades if you plan to walk through Dyker Heights in December. The houses are buried under dazzling nativity scenes and giant Santa statues.

It might be cold out, but displays like this one in Toronto can make you all warm and fuzzy inside.

The entirety of this cool Canadian city is up in lights come December, with displays, parades and installations lasting all month. The magic begins with the Cavalcade of Lights, when the official Christmas tree is illuminated outside City Hall. From there, it just keeps on going, and glowing.

The Toronto Christmas Market, in the Distillery Historic District, has one of the prettiest displays, with a towering tree as the centerpiece.

Zipsters spending the festive season hopping among the honky-tonks of this Tennessee city will be all but blinded by the Christmas lights on show. Especially if you catch a concert at the Grand Ole Opry. The interior of the legendary music venue is dressed up with more than two million bulbs during the holiday season.

Chicago gets the festive treatment, with a touch of creative flair.

As you’d expect from a city famous for its innovative architecture, Chicago elevates its light displays to a higher level. Artistic lights can be found all over the city, but the best examples are at Millennium Park (home to “The Bean” sculpture), Navy Pier and Lincoln Park Zoo, and strung along Michigan Avenue’s Magnificent Mile.

Make sure to peek into the Museum of Science and Industry, too, whose lobby is dominated by a 45-foot-tall tree. As if that wasn’t big enough, it’s surrounded by 50 smaller trees, decorated to display holiday traditions from around the world.

British Columbia’s seaport city makes the most of its waterfront location, holding the Carol Ships Parade of Lights annually since the 1960s. Every evening through December, dozens of boats decorated in bright, colorful lights take to the waterways and illuminate the horizon. Some of the boats offer cruises, so you can be right at the center of the magic.

Back on dry land (but still by the sea), Stanley Park’s miniature train takes passengers through more than a million lights strung through the trees.

Austin keeps Christmas weird, wonderful and well-lit with its annual Trail of Lights, across the city.

Proving that no one (and nowhere) is too hip for a bit of festive fun, Texas’ coolest city joins in with the best of them with its Christmas lights. Austin Trail of Lights is a series of displays throughout the city, all through the season. The crowds are also lighter at this time of year (out of festival season).

You can also jump in your Zipcar and take a short drive out of downtown to Community First, a unique “tiny home” village for people who were living on the streets. Its choreographed Village of Lights show runs over two weekends, and it’s as heartwarming as wrapping your mittens around a mug of hot chocolate (you can do that too, of course).

This cute city on the southern Californian coast (a half-hour Zip from Long Beach) puts the show on water. Its Christmas Boat Parade of Lights—an eye-popping display of bright, dazzling and sometimes crazily inventive vessels—draws local, national and global visitors.

Over five days, watch illuminated rowboats and even kayaks compete for attention against floating homes and super-yachts, the owners of which routinely spend tens of thousands of dollars on their decorations. Who cares if there isn’t a (real) snowflake in sight?