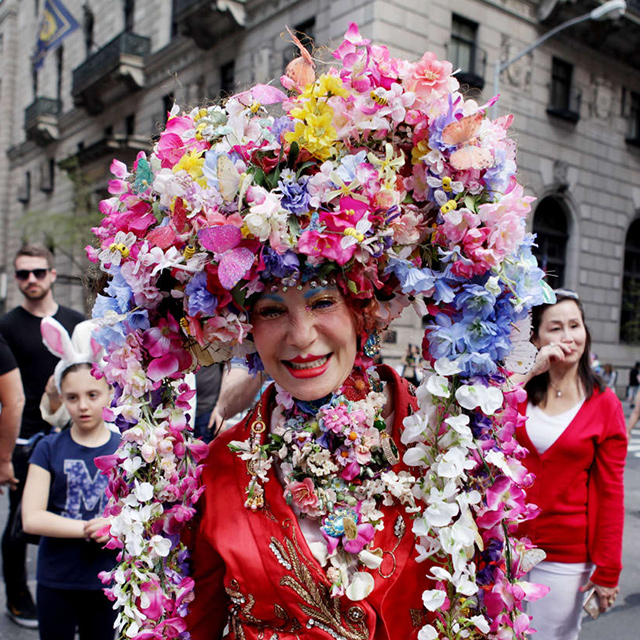 The 5 Most Festive City Springtime Celebrations

The birds are chirping. Clocks have jumped forward. That puffy coat hangs more in your closet than on your body. Slowly but surely, informal signs point to Old Man Winter’s retreat. With the change of season, event calendars are springing back to life. From Boston to Vancouver, here are great events that pair well with warming temps.

St. Paddy’s Day is over, but Patriots’ Day on April 16 is right around the corner. This Massachusetts state holiday commemorates the opening battle of the Revolutionary War. Early morning reenactments in Lexington and Concord include a demonstration of the “shot heard round the world” and other British-Colonial skirmishes. A historical event of a different kind unfolds as 30,000 runners pound the pavement en route to Copley Square during the Boston Marathon. No training required to be a spectator!

Expose your creativity with an over-the-top headpiece for the Easter Parade and Bonnet Festival. Image courtesy of The Daily Beast.

On Easter Sunday, don your best spring accessories and join the pageantry parading up Fifth Avenue past St. Patrick’s Cathedral. The free-for-all format allows onlookers to mingle and snap photos with participants. The tradition dates to the 1870s, when women showed off their finest millinery. Nowadays, the hats can get over the top, so don’t hesitate to be elaborate and inventive. The more fake flowers and feathers, the better. Anything Easter goes—live birds and rabbits included.

3. Tulips of the Valley, Vancouver

Remember your beloved box of childhood crayons? Now imagine those columns of color in real life, with seven million (yes, million!) tulips in bloom. Twenty acres of tulips, three acres of double daffodils, and two acres of hyacinths draw nearly 30,000 visitors to Chilliwack during April and May. The largest and oldest tulip festival in western Canada has an elevated field-viewing platform to take in a polychromatic spectacle that makes rainbows look dull. Props like a windmill and bicycle add a Dutch touch to photo ops. Fewer than 90 minutes from Vancouver, tuliping in Chilliwack makes for a perfect day trip. Grab a Zipcar for the ultimate in pedal (and petal) power!

Tulips and cherry blossoms might be harbingers of spring for some, but sports fans know the season has changed when Major League Baseball’s opening day arrives. The Houston Astros look to defend their title after winning their first-ever World Series last year. Join 41,000 cheering fans at the home opener on April 2 against the Baltimore Orioles. A Texas-sized celebration is in store as the ’Stros receive rings and raise their championship banner for the first time in franchise history.

Witness some of the most unbelievable feats at this year's Moisture Festival. Image courtesy of Pan Pacific Seattle.

After winter hibernation, Seattleites know there’s no better coming out than at “Seattle’s springtime joyride.” Moisture Festival is the world’s largest comedy and vaudeville showcase, where bizarre is par for the course. Comedians descend upon several stages for weeks, but there’s more here than jokes. Expect jugglers and can-can girls, musicians and burlesque dancers, aerialists and contortionists, strong men and strong women, sad clowns and happy clowns. On ropes, on the trapeze, in bubbles, and with balloons. This exciting combination of music, comedy, and varité is sure to heat things up after a damp Northwest winter.