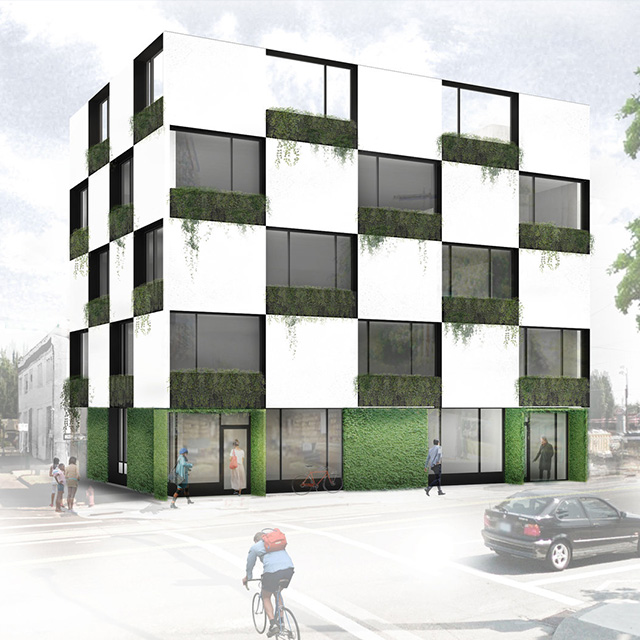 City Sustainability Efforts—and the Grassroots Groups Who Lead Them

From melting ice caps to warming oceans, flooding coasts to dwindling species, the effects of climate change take many (alarming) forms. Fortunately, environmental guardians, advocates, experts, and volunteers are numerous, too. Here are 11 of our favorite grassroots organizations and non-profits fighting the good fight to preserve our cities—and our planet.

By 2050, two-thirds of the global population will live in cities. (All the more reason to keep them environmentally fresh ‘n’ clean.)

Who’s more qualified to understand science than…scientists? The Union of Concerned Scientists not only devises—but also executes on—innovative, doable solutions to earth’s most pressing environmental challenges, from climate change to sustainable energy, food, and transportation, and the threat of nuclear war. Yup, heavy, top-level stuff that influences decisions and transformations in cities the world over.

Founded in 1969 at MIT, the group has implemented such diverse solutions as suing the Nuclear Regulatory Commission and successfully strengthening safety standards at nuclear power plants across the country in the 1980s; leading a delegation of U.S. non-profit organizations to international climate negotiations, resulting in the landmark Kyoto Protocol climate change treaty in the 1990s; playing a key role in crafting the first multi-state effort to combat global warming; and co-pressuring the U.S. Food and Drug Administration to ban the use of an agricultural antibiotic in the 2000s.

Backed by more than 500,000 supporters, and collaborating with nearly 17,000 scientists and technical experts, you can be sure the Union of Concerned Scientists will stay concerned—as well as informed and on the (big blue and green) ball.

ICLEI makes strides for locales where renewable energy is the way to grow. (Like Aspen, where 100% of energy is renewably sourced.) Image courtesy of cleanchoiceenergy.com.

In an interconnected world, complex challenges require interconnected efforts. In ICLEI’s case, that means 1,500 cities, towns, and regions in 86 countries across the world.

ICLEI (that’s “International Council for Local Environmental Initiatives” in full—but who has time to say all that when you’re trying to save the planet?) was founded in 1990, when more than 200 local governments from 43 countries assembled at the very first World Congress of Local Governments for a Sustainable Future in New York.

In the years since, they’ve harnessed the power of local action—implemented globally—to impact over 25% of the global urban population and make communities sustainable, low-carbon, biodiverse, resource-efficient, and flush with green economies and smart, responsible infrastructure. Think local, act global, indeed.

As the name suggests, Chicago-based Center for Neighborhood Technology (CNT) focuses on innovation-centered solutions to urban needs and opportunities. (Technology to solve sustainability issues—including transit-oriented development? We can definitely get behind that.)

CNT leverages urban analytics to achieve its primary goals: shared prosperity through improved job opportunities and reduced cost of living; livable, connected, and equitable neighborhoods, with better options for transportation, energy, water, and other essentials; communities resilient to a changing climate and changing economy; and cutting-edge infrastructure that is efficient, cost-effective, and environmentally friendly.

Since 1978, CNT (which once had President Barack Obama as a board director!) has pioneered rooftop gardens in low-income communities, jumpstarted recycling coalitions, addressed urban flooding through small-scale local infrastructure, provided energy upgrades for more than 32,000 housing units and hundreds of non-profits and churches, promoted public transportation and car sharing, implemented environmentally-friendly dry cleaning methods, and, as far back as the 1980s, gave residents data sharing tools to call attention to local problems. Even their office—a former weaving factory—was rehabbed, earning one of the country’s first LEED Platinum certifications in 2005. So there’s no question they are living their ideals—and empowering other city dwellers to do so, as well.

Buildings are the source of 70% of carbon pollution, 95% of electricity use, and 80% of water use in New York City. That’s why it’s so vital that the Urban Green Council collaborates with a powerful trifecta: the experts who design buildings, the policymakers who create laws about their usage, and the professionals who build and renovate them.

By boosting energy and resource management in one of the world’s biggest and most critical urban centers, the org is developing landmark models that can be replicated in cities everywhere. (Not to mention the other urban groups already engaged in similar practices of their own, like Portland’s Earth Advantage. No word if they put a bird on each greenified structure.)

Growing out of the President’s Council on Sustainable Development’s visit to Pittsburgh in 1998, Sustainable Pittsburgh has tackled a ton every year since.

In just 2016 alone, they enabled 205 small businesses to earn sustainable recognition; co-spearheaded the Sustainable PA Community Certification program; educated consumers, elevated the energy performance (from flooring to composting to equipment) of restaurants, and fostered food donations through the Sustainable Pittsburgh Restaurant project; and advised the Bus Rapid Transit and Uptown EcoInnovation District committees. (Phew!) From housing, commuting, to the economy and more, this PA org proves that grassroots, local endeavors can elevate all aspects of city living.

We all rely on food, so it’s only fitting that sustainable food systems are a critical piece in the environmental non-profit realm. And that’s exactly what The Food Project has pursued since 1991.

Each year, the organization works with 120 teenagers and thousands of volunteers, who farm on 70 acres in Lincoln, Beverly, Boston, and Lynn, Massachusetts. Not only does this empower a new generation of leaders (and ones who now see options for farming in and near a major urban center), but it produces thousands of pounds of food—grown without chemical fertilizers or pesticides—which The Food Project distributes through its community supported agriculture programs and farmers markets, in addition to donating to local hunger relief organizations.

Fortunately, The Food Project’s ethical and environmental model is not an outlier. DC Urban Greens—east of the Anacostia River in DC's Ward 7—increases accessibility of affordable healthy foods to residents living in food desert neighborhoods. By producing chemical-free fruits and vegetables on under-utilized urban land—right in the areas that benefit from them—the organization reduces reliance on industrial food sources, diminishes food insecurity, and empowers low-income communities. And with the Urban Oasis Project leading the charge in Miami—and SAGE (Sustainable Agriculture Education) taking on urban farming projects in the Bay Area (with applicable consulting services nationwide)—it’s clear that cities all over are pitching in to support a healthier food pyramid for everyone.

The Environmental Defense Fund knows that all natural elements—from city streets to sustainable fishing in the sea—are linked, and fights for each one. Image courtesy of John Rae.

Not just an eco-centered group, the Environmental Defense Fund’s solutions are rooted in equal parts science and economics. Thus, by uniting with allies across the political spectrum—and partnering with businesses (many of whom operate out of cities)—EDF can foster change that garners support and rewards.

Representing more than two million members, the EDF focuses on a wide range of projects, from removing obsolete rules that hinder the clean energy market; propelling reforms to make sustainable fishing the standard in 12 key nations; creating economic demand for sustainable and climate-adaptive farming, ranching, and water efficiency programs; and using equal parts policy reform and corporate responsibility to drive down exposure to pollutants and toxic chemicals. By teaming up with other organizations (businesses, governments, and communities), EDF ensures that they only work on projects that need attention, to avoid duplicating work already being tackled elsewhere.

Sustainability-focused grassroots and non-profit organizations have cropped up in nearly every corner of every urban locale. (And if they haven’t yet, we hope they do soon.) What are your favorites in your city?