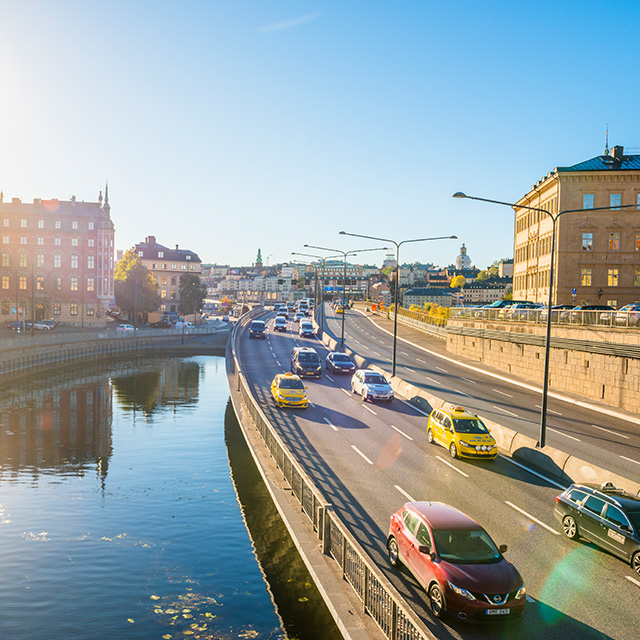 Could You Pass Another Country’s Driving Test?

Remember the day you passed your driving test and finally got your driver’s license? (Freedom!) But what if you had to take your test on ice, answer a timed 100-question exam, or be drilled on defensive driving techniques? Check out these driving tests and requirements around the world and see how yours measure up.

In Sweden, new drivers can expect an icy conditions test—but no one said anything about a reindeer crossing.

Getting a driver’s license in Sweden is no easy feat. In fact, it’s known as one of the most difficult countries to get a license—1 out of 2 people fail the test! The legal driving age in Sweden is 18, and a person must complete a 70-question theory exam and risk training, then pass a practical driving test, which includes such elements as driving in icy conditions and applying eco driving.

Though it may seem excessive, the Swedes aren’t trying to make the process of getting a driver’s license difficult for the sake of it—they’re just serious about safety. In 1997, Sweden launched Vision Zero, a traffic safety initiative based on the philosophy that “no loss of life is acceptable.” Their goal is one we can all get behind: zero deaths or serious injuries on Sweden’s roads.

On the flip side, Mexico is often listed as one of the easier countries to get a driver’s license. The legal driving age is 18 in Mexico, and license requirements vary by state. Some states require nothing more than filling out an application and completing a blood test before giving drivers the thumbs up, while others may require a practical driving test. For example, as recently as 2014, Mexico City didn’t require its residents to take a written exam, health check, or practical test to get their driver’s license, but they have since updated their laws.

In the United States, laws also vary state by state, but in most states, drivers are eligible for at least a restricted license by 16 years old, so long as they complete an official driver’s education course and pass a practical driving test. One well-known exception is in the state of South Dakota, where teenagers as young as 14 can get an instruction permit. There are some limitations, though: there must be a supervising driver (who’s 18 or older) in the car, and they can only drive between the hours of 6 am and 10 pm.

In the United Kingdom, getting caught speeding can result in 3-6 penalty points. Image courtesy of Andrew Matthews/PA | telegraph.co.uk

In the United Kingdom, a person is eligible to drive when they turn 17, provided they take a vision and theory exam, complete their practice driving requirements, and of course, pass the driving test. But it doesn’t end there: The UK employs a penalty points system, and if new drivers rack up 6 or more points within their first 2 years of driving, they’re kicked to the curb (pun intended) and have to apply for a license all over again.

Like the UK, Brazil uses a points-based system for drivers. The legal driving age for Brazilians is 18, and their license requirements include passing a written and practical test, as well as medical and psychological examinations. Oh, and drivers can also be tested on defensive driving techniques (yup, Grand Theft Auto style) due to high instances of car-jacking in the country.

In China, it's the written drving exam that's notorious for its difficulty. Once a person turns 18 and wants to get a driver’s license, they must complete a timed written test consisting of 100 questions—and get at least 90 correct in order to pass. Forget three-point turns; that’s a lot of pressure.

Even though driving tests and requirements vary across the world, the excitement of getting your license is universal. So buckle up, blast your favorite playlist, and get going, wherever that may be (but here are a few great suggestions).