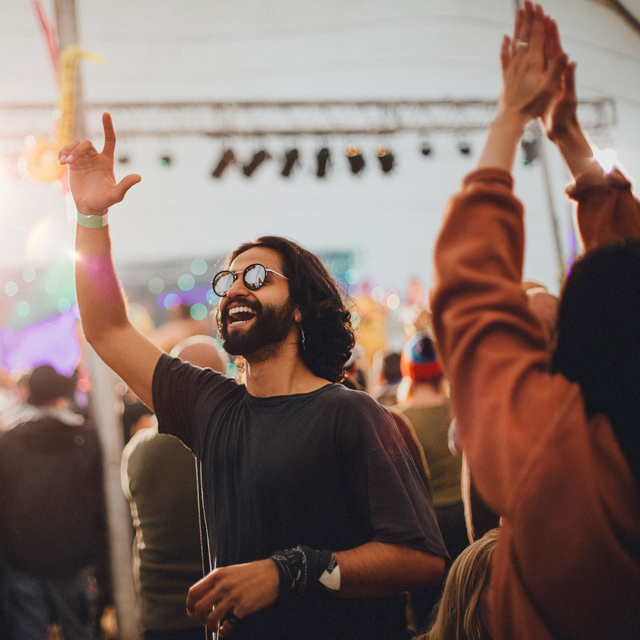 The Experience Economy Has Never Been Bigger—and Here’s Why

The rise in sharing economy offerings provides millennial's with an authentic new experiences.

Feeling frustrated with your at-home clutter? Looking to pull a Marie Kondo and get rid of anything that doesn’t spark joy? You’re not alone. More than ever, consumers are moving away from spending their hard-earned cash on stuff—and are instead putting it towards all the joyful intangibles that make life worth living, from restaurant dinners and concerts to inspiring classes and epic getaways.

Welcome to the experience economy. More than just a trend, many forecasters see it as nothing less than an economic paradigm shift. According to a recent McKinsey report, consumer spending on experience-related services is growing four times faster than spending on material goods. In fact, more than 3 in 4 Millennials—now the biggest spending group—reportedly would rather drop cash on desirable experiences than possessions.

There has been a generational shift towards spending on experiences over tangible products.

But why experiences—and why now? Haven’t people been going out to eat and taking vacations since, well, forever? True, though in recent years, the pace of spending on such diversions has been growing to an exponential degree. “Since 1987, the share of consumer spending on live experiences and events relative to total U.S. consumer spending increased 70%,” according to recent research conducted by Harris. In the past year alone, 82% of Millennials have participated in live events.

That Millennials are craving experiences over things is partly down to social media (and Instagram-induced FOMO). Sharing aspirational, one-of-a-kind life events has become a new form of social currency, and this only fuels the demand for distinctive experiences. Considering Gen Y is also financially hobbled by soaring housing prices, student debt, and stagnant wages, a memorable vacay or awesome music festival provides leisure and relief in the way that a new pair of shoes just…can’t.

The move towards experiences is also happening at a time when the very concept of ownership is being questioned. According to Euromonitor International’s report on Global Consumer Trends for 2018, “Consumers of all ages want and need less … flexible, minimalist living is gaining popularity, with consumers sharing everything from clothing, household items and pets through to cars and living spaces.” (We’re big fans of the cars part.)

The Pros of the Experience Economy

Millennial's are realizing the value of creating memories.

There’s data to back up the fact that experiences have special value compared to objects. As noted in McKinsey’s report, “A recent study conducted at Cornell University found that consumers’ “evaluations of their material goods went down from the time of the initial purchase to the present, but their evaluations of their experiences tended to go up.”

According to Harris’ research, meanwhile, 77% of Millennials report some of their best memories come from live events; 79% believe attending events with family and friends leads to deeper connections, and 69% believe participating in experiences helps foster community. “Living an epic and meaningful life is about creating, sharing and capturing memories earned through experiences that span the rich spectrum of life’s opportunities,” according to the researchers. “Experiences, for Millennials, are about identity-creation.”

The Cons of the Experience Economy

The experience economy is creating an impact on culture and routine.

That said, the experience economy isn’t without its problems. Some express concern that its transient nature—dim sum-making classes one week, tightrope-walking the next—as being the death-knell for meaningful subcultures.

Then there’s the fact that—while experience spending is way up—retail spending is on the decline. The landscape of our cities and work-life are evolving rapidly as these spending habits change. How the brick-and-mortar establishments will be transformed in the experience economy remains to be seen.

The experience economy has matured and is happening across industries and sectors.

The experience economy isn’t going anywhere, and there’s never been a better time to plan urban explorations, special outings, and one-off trips. But don’t forget to support the makers, mom-and-pops, and indie businesses that give your city its one-of-a-kind character, too!