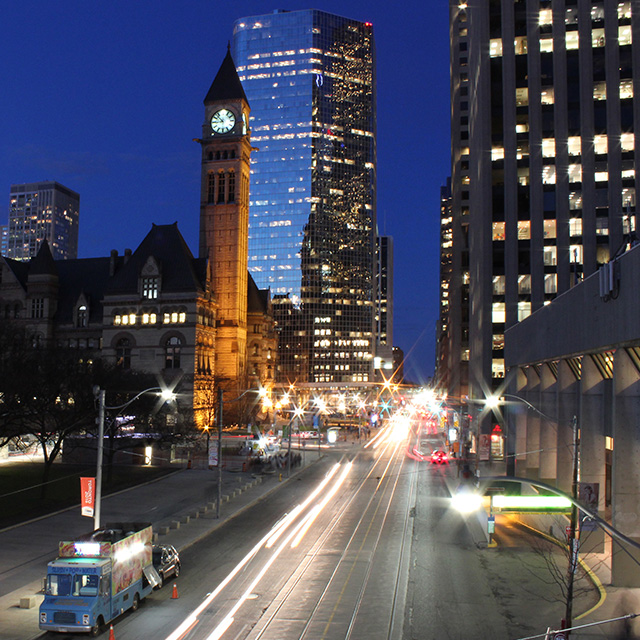 Gen Y News: How Toronto is Winning Millennials Back

If you’re a millennial living in Toronto, you’re probably already hip to the latest Gen Y news: According to a recent survey, up to 45% of young residents are considering ditching the city and heading to the ’burbs, thanks to an unhappy stew of housing price upticks and commuting woes.

It might not sound like great news for Torontonians, but stick with us for a minute—there’s a lot of promise on the horizon for millennials in The 6. From a fast-growing start-up scene with creative job opps aplenty to brand new bike paths, revamped public transit, and a vibrant urban culture, Toronto is getting in gear to win Gen Yers back. (So don’t order those moving boxes just yet.)

THINGS ARE STARTING UP

Real cool things are (sorry) starting up in TO. Photo courtesy of Rawpixel Ltd/iStock.

First things first: We’ve got to give Toronto some cred. Not only was the city named the world’s best overall city to live in by the Safe Cities Index and the world’s most liveable city by Metropolis Magazine in 2015, but it’s also Canada’s biggest and most diverse urban center.

And the most plugged-in. According to a recent report, Toronto, at number 17, is in the top 20 of global tech hubs (and the biggest one domestically, with between 2,500 and 4,100 active tech start-ups).

With any start-up scene come millennial-friendly workplaces and creative gigs to go with them. And, as luck would have it, many of the city’s foremost start-ups (from writing site Wattpad—a poster child for Toronto tech success—to education site Top Hat) are now hiring. And don’t worry, entrepreneurs. Programs like Startup Next are also focusing on the next gen of tech superstars, with free, six-week training and mentorship opportunities. We like the sound of that Gen Y news.

Travel all the lighter (and more tech-savvy) with new paperless transit passes. Photo courtesy of TTC.

A number of cities around the world have been investing in some seriously cool public transit innovations, and Toronto isn’t about to be left out of the fun. In partnership with the same firm that recently revamped Austin’s metro, Toronto Transit Commission just debuted “mobile ticketing for bus, street car, and rail riders”—i.e., they’ve got a snazzy new app that’ll transform your smartphone into an urban exploration pass, no tokens or lines required.

Toronto's an ace place to get your wheel on. Photo courtesy of peterspiro/iStock.

But that’s not the only way to get around town. If you’re the two-wheeled type, Toronto’s new Queen’s Quay waterfront bike route is proof of the city’s ongoing dedication to cyclists. Need more? Newly loosened restrictions should see more bike lanes popping up around town ASAP.

Appreciate the fresh air, but wish biking were more social? These days, Toronto’s “running crew” scene is also flourishing. (Picture groups of joggers of all abilities and backgrounds, gathering for social exercise outings—and maybe a pint at the end.)

And speaking of crews: If you’re looking to expand your social networks beyond pounding the pavement, new platform Yes New Friends, launching this month, is designed to connect Toronto women with new female friendships (#squadgoals).

Fill up on good times with Toronto's bustling restaurant and art scene. Photo courtesy of william87/iStock.

Infrastructure and job-hunting aside, we’d be remiss if we didn’t big-up Toronto for being, well…a really fun place to hang out. There are dozens of museums to explore. The restaurant scene is booming (David Chang’s Momofuku has set up here, and food trucks are big—so’s the art scene). Even the opera is turning its attention to younger audience members. And don’t forget that this is the same city that recently rewarded young voters with free, locally made craft beer.

TORONTO: CITY OF THE FUTURE

The future is now when it comes to Toronto's thoughtful urban design plans. Photo courtesy of mbbirdy/iStock.

If Toronto has lots to offer now, just wait ‘til five or 10 years down the line. There’s a lot to be optimistic about, from more affordable housing (newly elected PM Justin Trudeau has made it a key campaign issue) to predictions of greener urban design, courtesy of driverless cars. Keep on keeping on, Toronto.