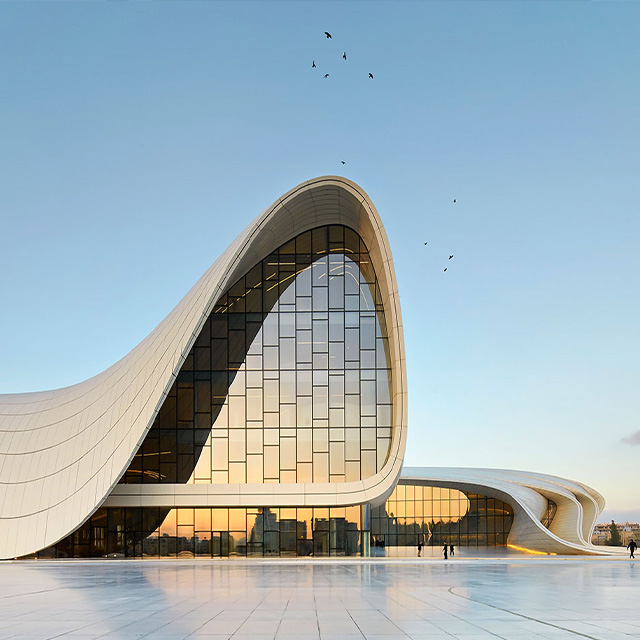 9 Women Who’ve Shaped Our Cities, Past and Present

In honor of International Women's Day, we decided to round up some of our favorite ladies, past and present, who have made an impact on the development and betterment of cities worldwide. From architects to urbanists to artists, these women’s ideas and actions have shaped the skylines we know and love today.

The temple of Deir el-Bahri in Thebes was one of the building projects overseen by Hatshepsut during her rule. Image courtesy of ancient-origins.net.

To start off, let’s throw it back—all the way to 1473 B.C. with Hatshepsut, pharaoh of Egypt. When her husband (who was also her half-brother) died, she took on regent duties at first. But eventually, she took an unprecedented step and assumed the full powers of pharaoh by co-ruling with her young stepson. As a ruler, she oversaw large-scale building projects such as the famed temple of Deir el-Bahri in western Thebes, where she was later buried. She also commissioned trade expeditions that brought back such treasures as gold, incense, ivory, and ebony. To portray herself as a strong ruler, Hatshepsut often ordered that statues and paintings should depict her as male, with a muscular frame and a beard. But despite her vast accomplishments, her successor King Thutmose III ordered almost all evidence of her leadership to be destroyed—potentially to hide any examples of a powerful female ruler.

Cities are also hubs of culture and education, so it seems important to include Elizabeth Timothy, the first female newspaper publisher and editor in America, on our list. After her husband died in 1738, Timothy operated the South Carolina Gazette with Benjamin Franklin (yes, that Ben Franklin—he was the owner of the publication) and supplied news to the city of Charleston. While Timothy was forced to run the paper under the name of her 13-year-old son Peter, she injected her own ideas in many ways, like printing messages to her readers and including woodcuts for illustrations and advertisements. In fact, Franklin himself praised her savvy business skills, noting that he preferred her leadership style to her husband’s.

Octavia Hill’s Red Cross Cottages in London were designed specifically to improve quality of life for the working class. Image courtesy of municipaldreams.wordpress.com.

Born in 1838 in Cambridgeshire, England, Octavia Hill is known throughout the United Kingdom and the world for her improvements in housing and for advocating for open, public spaces. Hill was deeply disturbed by the conditions of slums in Victorian London, so she convinced an investor to fund her concept for a new type of housing: one in which the landlord provides a clean and safe property, and in turn, the tenant is responsible for its maintenance. She purchased two properties and soon proved that the investment was a sound one; by 1874, she owned 15 properties with over 3,000 tenants. Hill also invested in playgrounds, art classes, and other projects within her properties. Another passion of hers was public spaces, whether it was converting a hall for public events like concerts or campaigning for parks and other outdoor spaces as London grew in size. And it doesn’t even end there: Hill was also a key figure in the development of the National Trust, a non-profit institution dedicated to the preservation of open countryside and historic properties throughout the UK.

Another female icon in the history of urban development is Jane Jacobs, an urbanist, activist, and writer. Jacobs was first introduced to the world of architecture when she took a job at Architectural Forum in 1952. Though she never had any formal training in urban development, she published her first book (of many), The Death and Life of Great American Cities, in 1961. Considered to be one of the most influential books of American city planning, in it Jacobs explores the concept of a neighborhood’s immense contribution to cities, and stressed the importance of sidewalks, parks, retail design, and more.

Beyond her writing, Jacobs often took to the streets as an activist in the fight to preserve historic NYC neighborhoods like Greenwich Village and West Village from urban developers. She even worked to prevent the city’s famous Washington Square Park from being demolished for a highway! Jacobs also fought similar battles against developers in Toronto and Vancouver, and advocated to decrease the number of cars in all three cities. Jacobs’ life and work has even inspired Jane Jacobs Walks—a series of free walking tours in cities all over the globe to connect people with their community.

Terminal One at Los Angeles Airport was one of the many architectural feats of Norma Sklarek. Image courtesy of David McNew/Getty Images.

Norma Sklarek has a lot of firsts: first African-American woman to become a licensed architect, first African-American female fellow of the American Institute of Architects, and first African-American woman to establish and run an architectural firm. Born in Harlem, New York in 1926, Sklarek was a strong student from the start, and was one of very few women to graduate from Columbia University’s school of Architecture at that time. In 1966, she became the director of Gruen Associates, an architecture firm in Los Angeles. In that role and in subsequent roles, she played a key part in the design of prominent buildings such as Terminal 1 of Los Angeles International Airport, the American Embassy of Tokyo, and California Mart.

Dutch-American sociologist Saskia Sassen specializes in urban sociology, which is defined as “dealing with the development of urban communities and their effect upon society.” In her research and writing, Sassen tackles such subjects as the impacts of globalization, migration, technology, and global cities. She’s also a professor at Columbia University, a frequent columnist for Huffington Post, a recipient of the 2013 Principe de Asturias Prize in the Social Sciences and was named a Top 50 Global Thinker of 2014 by Prospect Magazine. Oh, and her books have been translated into over 20 languages—talk about a global impact.

Known for her gloriously neo-futuristic style, Iraqi-British architect Zaha Hadid is certainly one of the most famous urban designers of our time. In 1980, she founded Zaha Hadid Architects, which completed over 900 projects in 55 countries around the world before her death last year. Hadid was also the first woman (and the first Muslim) to be awarded the prestigious Pritzker Prize. From her crystal-shaped Guangzhou Opera House in China, to the jigsaw design of the Center for Contemporary Art in Cincinnati, USA, to the curves of the still-in-progress Al Wakrah Stadium in Qatar, her signature modern aesthetic has changed the future of our city skylines forever.

New York’s innovative High Line was constructed under the leadership of Amanda Burden while she was City Planning Commissioner. Image courtesy of timeout.com.

In her TED Talk, urban planner Amanda Burden says, “Cities are fundamentally about people, and where people go and where people meet are at the core of what makes a city work,” so it should come as no surprise that she focuses much of her efforts on urban public spaces. She began her career with the revitalization of New York City’s Battery Park. Then in 2002, she was appointed City Planning Commissioner and oversaw the rezoning of 124 neighborhoods across the city to expand housing opportunities, and the creation of public spaces including one of our personal favorites, the High Line (whose architect happens to be another woman, Liz Diller!) and the East River Esplanade.

Maya Lin’s Vietnam Veterans Memorial in Washington, D.C. is known for its stoicism and introspective elements. Image courtesy of Michael Kleinberg, via Washington.org.

When she was only 21, then-university student Maya Lin won a national competition in 1981 for her design of a Vietnam War veterans monument in Washington, D.C. The Vietnam Veterans Memorial was finished the next year; it consisted of a minimalist, V-shaped granite wall with the names of fallen soldiers, built slightly into the ground. Following that, she designed more monuments like the Civil Rights Memorial in Montgomery, Alabama before moving on to other mediums such as art installations, topiary parks, architectural projects, and more. Lin’s work also has a keen focus on sustainability and environmentalism, and her latest memorial “What is Missing?” is a multifaceted project focusing on habitat loss and biodiversity. Among her vast accolades, Lin was awarded the Presidential Medal of Freedom by President Barack Obama in 2016.

These incredible women are just nine of many who’ve made a lasting impact on our cities and our world. Who are some of your favorite female innovators and urban pioneers?