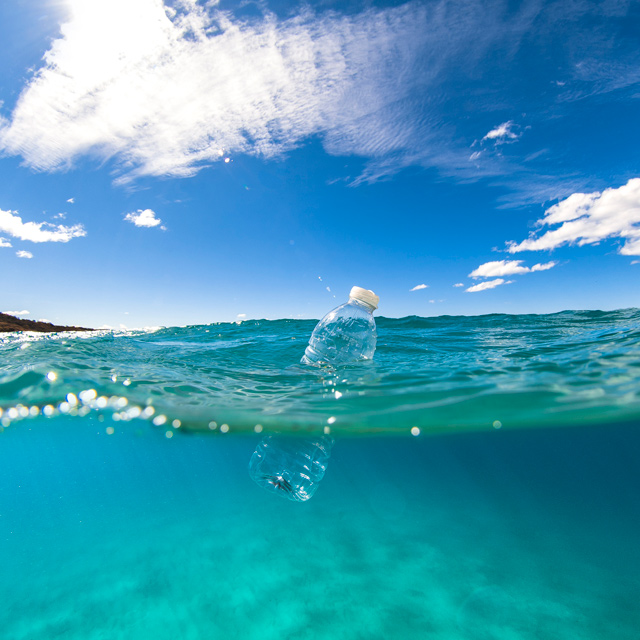 Earth Day—coming up on April 22nd—is always a good time to reflect on the ways in which we can make our lives greener (and give Mother Nature the TLC she deserves). This year, Earth Day organizers have launched a salient new campaign: End Plastic Pollution. Read on to learn more about why anti-plastic sentiment is growing, the organizations fighting the good fight, and how you can pitch-in on going plastic-free.

The End Plastic Pollution campaign is coming at a good time. If you’ve been paying attention, you might have noticed a recent groundswell in anti-plastic sentiment: from single-use plastic-bag bans to the phasing-out of plastic straws to the rise of zero-waste grocery stores, both governments and consumers are beginning to do something about the damaging fallout of our plastic-heavy lives.

And not a moment too soon. According to the Earth Day Network, “300 million tons of fossil fuel based plastic are sold each year and 90% of that is thrown away, destroying our food, our water and our health.” Meanwhile, new reports have shed more light on what’s known as “the Great Pacific Garbage Patch,” a colossal mass of discarded plastics floating in the middle of the Pacific Ocean (and which, at roughly four times the size of California, is exponentially larger than originally thought). You only have to see photos of the debris found inside a single sea turtle’s stomach to understand how urgently a change is needed.

Luckily, as far as our planet is concerned, there are a number of organizations at work to curb our plastic addiction—and Earth Day’s latest campaign is just the first to become acquainted with. Beat the Microbead, a campaign run by the Plastic Soup Foundation, hosts an app that helps consumers make eco-friendly purchasing choices. The UN Environment’s Clean Seas initiative aims to engage governments, the public, and the private sector in the fight against marine litter, while Break Free From Plastic is an ambitious, global campaign that envisions a world free of plastic pollution. Then there’s the Plastic Pollution Coalition, an organization striving to put an end to single-use plastic products.

And these organizations and campaigns are just the tip of the iceberg: read up on them and other major players to educate yourself, learn about initiatives to take part in, and glean extra tips about going plastic-free.

What You Can Do

Keep a reusable shopping bag handy—You never know when you might need one!

Life in plastic? Clearly, it’s not fantastic. But luckily, End Plastic Pollution is a multiyear campaign, so there’s plenty of time to get organized, rally your community, and kick plastic to the curb in your own life.

Begin by downloading the Earth Day Network’s Plastic Pollution Primer and Action Toolkit. Use the kit’s calculator to assess your own rates of plastic consumption, come up with a plan to lower your plastic pollution footprint, and bone up on all the stats about this serious environmental issue. If you’ve resolved to cut back, don’t be afraid to share your anti-plastic journey on social media—Earth Day Network recommends adding hashtags like #EarthDay2018 #EndPlasticPollution #lessplastic #plasticless for added traction.

There’s more you can do when Earth Day rolls around, too. The org has provided a guide to hosting community teach-ins, a form of direct action that any inspired citizen can get involved in. And its Toolkit also hosts a number of quick tips that you can apply to your life without delay, from participating in clean-up activities to seeking out clothing made from natural fibers.

Need more advice for cutting down on plastic waste? We’ve got it, from seven ways to kick-start your plastic-free life to the ins and outs of zero-waste shopping (and, for the extra-ambitious, an in-depth look into building a zero-waste home).