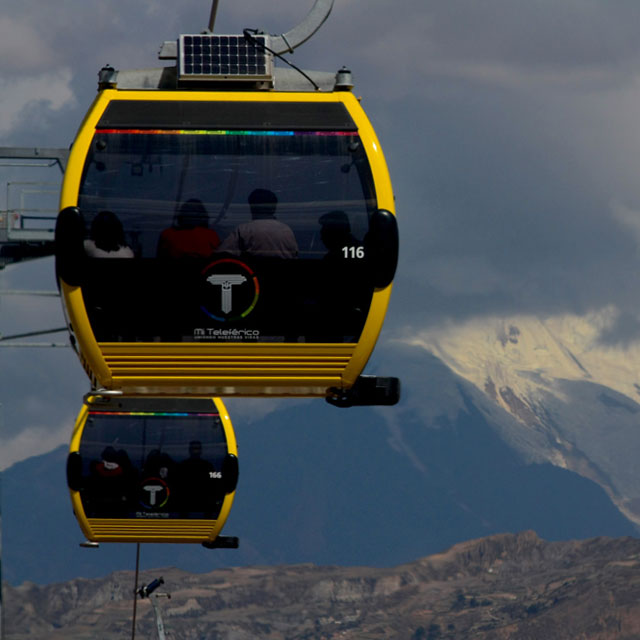 Swinging around your city comes with some challenges and some joys. Every day our public transit systems are innovating in ways that make the journeys we go on more efficient, more pleasant or ideally, both. Sometimes it’s easy to see what your city’s transit needs, but it’s what you may not think of that could be the real future of public transit. Fortunately, finding inspiration is easy with examples of amazing technological innovations around the globe. Check out what these cities are offering for the latest in public transit.

Big ol’ Lille, France’s Lille Metro has been chugging away with futuristic innovations since 1983. This northern France enclave, which hugs the border with Belgium, was the first public transit system anywhere to widely implement the driverless VAL system. Today driverless trains account for nearly 1 billion passengers annually in Europe, but nobody’s been doing the “no driver” thing longer than the rails in Lille.

Driverless trains have been serving Lille, France since 1983.

Getting wireless on public transit for free may be old hat to some, but not only do passengers on Miami-Dade’s transit system get free Wi-Fi while they’re moving, but the whole system is being outfitted with 300 interactive digital waypoints. The kiosks serve not only to offer waiting travelers with Wi-Fi, but they also offer continuous updated transit arrival times and provide transit officials with key data to assist in running operations smoothly. Touted as the first “truly interconnected” system, the kiosks (known as Connect305) will grow with the infrastructure over time, allowing for a seamless experience in not only transit, but interacting with government services overall.

Imagine soaring high above all the traffic and congestion below you. The people of La Paz, Bolivia don’t imagine, they live it with the innovative cable car system called Mi Teleferico. The city already sits nearly three miles above sea level, so what’s another few hundred feet? While they’re still developing and adding lines, the cable car system cuts commute times from one hour down to ten minutes and reduces the cost of commuting—all while offering tremendous views of this city perched high in Andes.

Most public transit systems offer accommodations for patrons with disabilities, including kneeling buses, ramps for wheelchairs and verbal announcements for stops. The public transportation system in Geneva, Switzerland goes a little further and gives the power of access to anyone who needs it. Every bus is equipped with a blue or yellow button that, when pressed, turns off the automatic door closing system. Need more time step aboard? Not a problem. Kind of the way it should be.

As more and more cities increase their emphasis on sustainability, some city transit systems have run into an unexpected issue: Incompatible power systems. Not a problem for Hamburg’s Hochtbern, which has partnered with Siemens to create electric bus recharging stations for models from different manufacturers. “Interoperability” is big news not just for Hamburg, but for transit systems worldwide. It means as electric systems develop, transit officials can use one central charging station for their entire fleet, no matter the manufacturer. Flexibility like this means lower costs and greater efficiency, which spells nothing but good things for riders.

It’s electric. It’s solar powered. It’s FREE. It’s Adelaide’s bus of the future, running today. Hitting all the main areas in the heart of this Australian hub, the City Connector is serviced by a bus model called “Tindo,” which means “sun” in the aboriginal language. Efficient batteries, fast charging, and no fumes make it the perfect city carrier. It’s so dang perfect it will make you wonder why we don’t all do what they do down under.

Solar powered and no cost to ride, Adelaide, Australia’s Tindo welcomes passengers and the future. Image courtesy of NH53

It may seem hard to believe, but car-loving Los Angeles is also taking a big step in public transit innovation. The Metro’s Office of Extraordinary Innovation has their hands full working on serving up MicroTransit to residents of LA County. MicroTransit, a hybrid of mass transit and ride hailing, lets passengers determine their pick up and drop off similar to a ride hailing service, but comes with a lower price-per-ride for affordability. Funding to study the option has already been secured and would up the public transit game for a population all but wedded to their cars.

Many cities have public transit apps with real-time travel updates, scheduling, and trip planning. But Vienna’s WienMobil app kicks it up a notch by joining with other transport options including bike sharing, taxis and car sharing—then displaying a variety of routes while combining different modes. It doesn’t stop there. Not only can you filter route planning by distance, time, and cost, but also by environmental impact.  So before you head out for shopping on the Kärntner Strasse, you can find the route that is not only costs the least amount of euros, but also costs the least amount of CO2 to get there.

A public transit app that goes a step further by calculating carbon emissions based on trip type puts sustainability in the hands of riders in Vienna, Austria.

What other transit innovations have you seen and experienced? What would you like to have integrated into your city’s infrastructure? Tell us in the comments below!