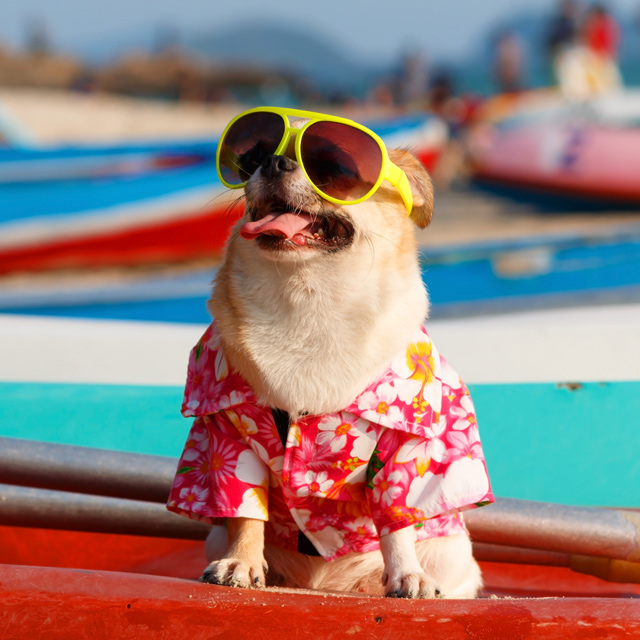 For college students, summer is a goner and academic reality returns. But hitting the books doesn’t have to be boring when you’re enrolled in these oddball classes. From strange creatures and serial killers to pet fashion and human body piercings, there’s something in the course catalogue for everyone.

Halloween is coming! And what’s a spooky holiday without witches—especially when your campus is just 20 miles from Salem? The Experimental College at Tufts offers “American Witches,” which surveys sorcery from the 1692 witch trials to modern times. Whether green-faced and ugly or adorably bespectacled, witches come in different disguises, and you’ll explore the portrayal of their identity. Expect to read Arthur Miller’s The Crucible and watch parts of TV shows “Bewitched,” “Buffy the Vampire Slayer,” and “American Horror Story.” If you’re looking for a class where identity stereotypes meet popcorn, this is it.

From Nessie to Bigfoot, get acquainted with all manner of cryptic creatures when you enroll in Cryptozoology.

Not to be outdone by Tufts, Oberlin’s Experimental College has enough wacky classes to fill an entire semester. There’s “The Science of Listening to Music,” “Spongebobology,” and “Sock Monkey Making”—for something a little more hands-on. If we had to choose just one, you’ll find us in “Cryptozoology,” which is like zoology for cryptic creatures. Think Nessie, Yeti, and Bigfoot. Speaking of Sasquatch, September is peak sighting month. Perhaps a road trip to Whitehall, NY is in order? Bigfoot is their official animal and the most recent sighting two weeks ago made national news. Students are expected to add their own research to the field, but are warned in the syllabus that “SOME THINGS DON’T WANT TO BE FOUND.”

Does your furry friend need a wardrobe refresh? FIT’s here to help.

From Bigfoot to your miniature poodle, somebody’s gotta make critters look good, right? At FIT in Manhattan, you can specialize in the lucrative industry of pet fashion. Before you jump into the deep end with this class, you’ll need to take the intro workshop, “Patternmaking for Dog Garments,” which builds the basics of sketching “doggie dress form” and making patterns. This advanced class is the next step to bringing your design to life. Get ready for Instagram to lap it up.

It’s all fun and games when you study Fairs and Amusement Parks at the University of Iowa.

Institutions of higher learning in the heartland teach values. At the University of Iowa, there’s even a major for that: American Studies with a concentration in Society, Politics, and Everyday Life. The best times will be had in “Fairs and Amusement Parks,” studying Disneyland, Coney Island, and World’s Fairs past. Also in the department are the classes “American Vacation” and “Guitar in American Culture.” You’ll enjoy armchair travel through National Parks via literary greats and consider the guitar’s use from Victorian parlors to heavy metal concerts. Rock on!

Glamorous? Not so much. But Santa Clara University’s Garbology course will school you on sustainability

Formerly known as The Joy of Garbage (less joyful now that we’ve seen pics of seahorses holding plastic Q-tips), this sustainability-focused course is actually serious stuff. We all create waste, but some of us get dumped with it disproportionately (see: minority communities). This class is an up-close look at what rots and what does not. Field trips to landfills and sewage treatment facilities are sure to make you think twice about single-use plastic bottles, cups, and utensils. Garbage out of sight should not be garbage out of mind.

It’s all downhill to get credit for physical education at Dartmouth. Learn how to snowboard or ski alpine, Nordic, or telemark. Requirements for passing are pretty tame. Attendance at four of seven sessions does the trick. You can even make up missed classes by going on your own and getting a lift ticket. (Full disclosure: The author of this article passed this class 20 years ago.) If you’re beyond the bunny slopes, join ski patrol for credit. Fun fact: “The College on the Hill” also owns its own mountain, the Dartmouth Skiway. If you’re looking for snowy mountains near big cities, try these day trips.

How? Why? and What does this mean? The purpose of this anthropology course sounds exactly like your parents reacting to your first tattoo or nose piercing. At Alfred University in upstate New York, students embark on “Adventures with Embodied Culture,” looking at markings and piercings from head to toe in the U.S. and precedents from around the world. No word yet if getting a tattoo during the semester counts for extra credit.

If you wanna make your crazy ex-roommate seem sane, enroll in this stomach-churner at Rollins College. History’s most notorious killers, including the Boston Strangler, Ted Bundy, and Hitler, are alive and unwell in the class “Zombies, Serial Killers, and Madmen.” Killing in cold blood doesn’t have to be done without emotion. This philosophy course goes beyond horrific actions to probe the mindset of murderers. Be prepared for grisly analysis and a zombie dress-up day. We just hope class isn’t scheduled too close to lunch.