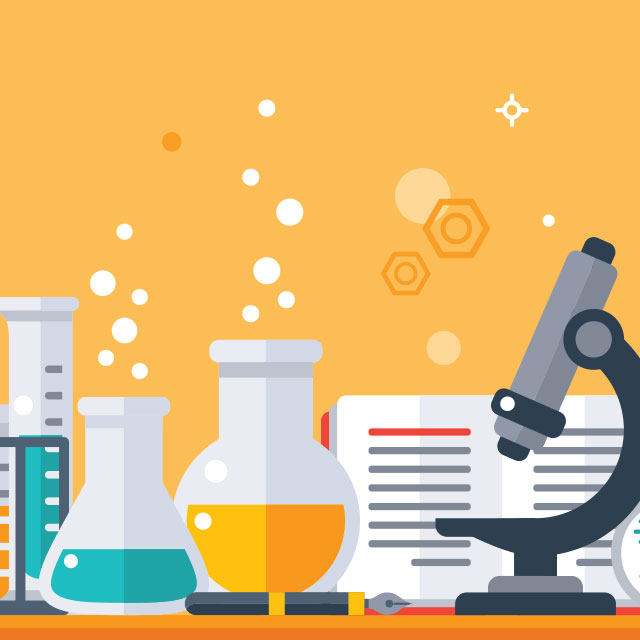 Every year, Google invites teens from around the world to submit their solutions to an environmental, health, or resource challenge. Participants range from 13 to 18 years old, and tackle real world problems in the lab or out in the field. After that, they undergo a judging process by researchers, scientists, university professors, and tech innovators.

The winning ideas at the Google Science Fair strike a balance of inspiration, impact, passion, accuracy, and presentation…no easy feat. And while it’s technically a competition, when the ideas combat drought, hunger, and climate change, there’s no doubt that we all win.

So how will these standout teen scientists shape the future cities of the world? Through enhanced food production, recycling efficiency, and better buildings. Take a look at this year’s award recipients.

One project found a substance in oranges that can help drought-stricken farms squeeze every last drop of water into crops.

Kiara’s home country of South Africa is experiencing its most severe drought in recent history. A one-third reduction in annual rainfall gave way to an equal loss of food security, leaving the region especially vulnerable. To prepare for dry spells and protect food security, farmers need a reliable way to store large quantities of water underground throughout the year. Unfortunately, the current chemical-based solution is costly—in both financial and environmental terms. Kiara wanted to find a natural solution. Turns out Mother Nature knows best: Kiara found her answer in oranges and avocados.

The experiment combined avocado oils with orange peels, resulting in a naturally occurring polymer that holds up to 300 times its weight in water—at a small fraction of the price. Putting the solution in soil allows the ground to absorb and hold more water, which slowly feeds thirsty plants over time. According to her presentation, Kiara shared that her “Orange SAP” could increase crop yield by an impressive 73%. That means more food for her hometown of Johannesburg, and innovative thinking that could apply to drought-ridden cities—and key agricultural states like California—around the world.

Styrofoam doesn’t do the environment any favors on its own—but with a second life as a water filter, it’s a game changer.

You know how Styrofoam gets a really bad rap? Well, it deserves it. The eco-unfriendly material takes a thousand years to degrade, which does not bode well for the 1.9 billion pounds that end up in landfills every year.

Cities have long struggled with the material and almost no municipalities can recycle it. Luke, Julia and Ashton put their heads together to see if they could turn this problem into a solution. By studying the makeup of Styrofoam, they found that the polystyrene could be converted to activated carbon and used to filter water. Voila—out came the Styro-Filter. This reclaimed material filtered out contaminants like iron, copper, and chlorine in non-potable water, even more so than the commonly used (and coal-based) Filtrasorb-200. Clean drinking water for people and less Styrofoam in landfills? Nothing like three eighth graders to solve an international waste crisis.

Building a car costs time and money, but enhanced (and simplified) quality checks can help cut both.

We’re working towards a world with fewer cars on the road, but that doesn’t mean we’re done making them the best they can be. Quality control in the automotive industry requires manual checks that can be time-intensive and inconsistent. 13-year-old Nishita developed a new method to analyze reflections from a laser to find bumps, dents, and other superficial flaws.

This improved process could benefit the trillion-dollar automotive industry—and by default, the billions of drivers—by reducing cost, labor, and variation in manufacture quality. While city officials and car-sharing companies continue to provide sustainable alternatives to car ownership, solutions like Nishita’s light reflection algorithm ensure that cars continue to be available for citizens at an affordable price.

When doctors treat patients, it can be difficult to monitor the healing process after the initial appointment without bulky equipment or frequent follow-ups. Some bandages have sensors that measure temperature, pH, moisture, and oxygen level, but like much of advanced medicine, they’re expensive. Given today’s growing population and increased concern over the spread of pathogens, doctors and hospitals need improved care at the mass level.

That challenge didn’t deter Anushka, a 13-year-old living in Portland, Oregon. She set out to create a simple wound dressing that could both monitor conditions and keep foreign pathogens out. We won’t get too deep in the details (let’s just say it has to do with fractal-inspired Chitosan and carbon nanoparticle-based biocompatible sensors), but throughout two years of dedication and hard work, the project was a success.

In the end, Anushka created a small, inkjet printable, biocompatible, low-cost bandage. Just a typical day for a seventh grader. It’s a pretty big deal, since an estimated 165 million people need wound care every year. And with wireless connectivity allowing doctors to manage conditions from nearby or far away, patients won’t have to visit the doctor any more than necessary.

Cities see a lot in a lifetime. Unfortunately, natural and man-made incidents damage buildings and infrastructure by way of fire, explosions, and—at the extreme—terrorist attacks. Two teenagers in Turkey worked on one way to improve conditions and decrease damage: stronger buildings.

Of course, not all cities have access to affordable and plentiful construction materials, so they needed to use something readily available. So, what’s strong and overabundant? The humble aluminum can! (To give you an idea, over 200 billion cans end up in recycling bins or landfills every year—and Ilayda and Ezgi were able to collect enough for their experiments just from their school.) The girls reinforced walls with empty cans, which crush upon impact and save the concrete wall from a large proportion of the blow. The cans absorbed up to 61% of the high-velocity impact exerted in tests.

Similar to the Styro-Filter team, these young scientists took one problem—aluminum waste—and turned it into a significant solution—safer buildings. This method could save property and lives.

KeebTab acts as a second set of eyes for those with dementia, so finding keys (or any item) is as easy as asking.

Nearly 44 million people worldwide have Alzheimer’s, the most common form of dementia, which causes problems with memory and behavior. There is currently no cure, but improved research and funding can improve quality of life for those afflicted. One common issue faced by people with Alzheimer’s is forgetfulness. Sure, it’s a hassle to have to find the remote, but it can be life-threatening to forget the location of, say, essential medicine.

Some products address the issue through a tagging system, in which an app tracks the location of Bluetooth-enabled tags on important items. But they can’t capture everything in a home, forcing people to choose only a few trackable items. That’s why Shriank invented KeepTab, a wearable camera that captures static objects (like furniture) for reference, and movable objects (like medication, or that dang remote) for tracking. To find an object, the user just asks the app (powered by Google Now) to “locate my [object],” and it responds with 91% accuracy. KeepTab can track all objects in a home, not just a few, making it a new standard for people with dementia. This could help people stay in their homes, rather than moving into assisted living, and help relieve the burden of family caretakers.

This is just the beginning for these trailblazers. With scholarships and mentorships now in their arsenal, there’s no telling what they’ll do next—but you can bet we’ll be watching.