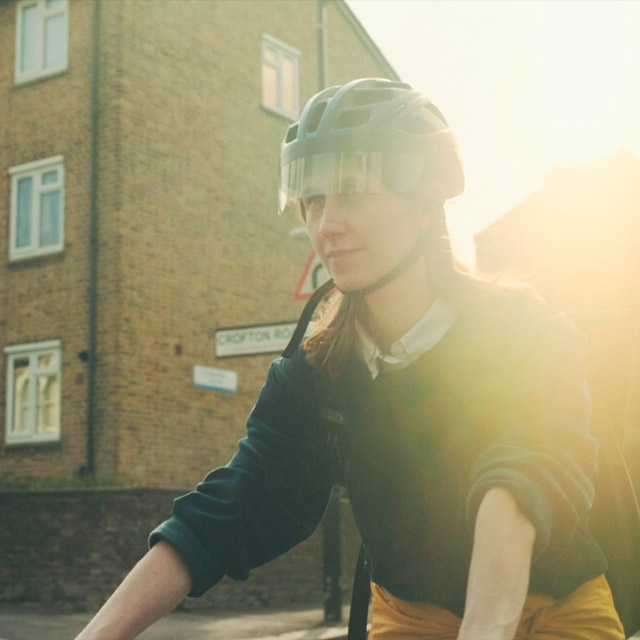 Hoverboards Are Real—And Just the Beginning of New Transport Technology

Betcha can’t count the number of times when, stuck in rush-hour traffic or crammed into a stalled train, you’ve thought, “I wish I could just fly to work.” But what if we told you that you could fly to work—or, at the very least, hover? Or speed through a hyperloop? Or get chauffeured by your car while you watch the news, coffee in hand?

Though not all of this futuristic transport technology is available today, don't worry—it's coming sooner than you might think. Your commute is gonna be like a sci-fi movie IRL. We can’t wait.

First, he pioneered electric car technology with Tesla, and then he began planning galactic trips with SpaceX. Now, transport technology wizard Elon Musk has issued his latest challenge. Allow us to introduce you to the Hyperloop: a large-scale system that would see people hop into small capsules and travel via a network of super-fast pneumatic tubes. Private firms and teams of engineers are gearing up to see if they can make his vision a reality. Two-minute commutes, here we come.

The fastest train to come is more than just hype. Concept art for the Hyperloop courtesy of Clubic.

When it comes to the future of commuting, PRT is trending. That’s personal rapid transit, for the uninitiated, of which the Hyperloop is perhaps the most visible example. But podcar pioneers like ecoPRT are also envisioning a future of individualized mass transit. Picture personal, pod-based units that travel along a track at a speedy clip—without all the delays, pollution, or costs. Not a bad deal.

This may be the best news your inner child hears, well, ever: Yes, hoverboards are real, and yes, you may just get to ride one soon. The Hendo Hoverboard, currently in prototype stages, uses “magnetic field architecture technology” that lets you float—and zoom—above the ground. With a little tweaking, this baby may just see the light of day in a few years’ time. Get excited, Marty McFly.

Keep your kicks clean as can be with the can’t-wait-till-it’s-real Hendo Hoverboard. Photo courtesy of Arx Pax.

All right, so we may have a little wait before hoverboards are commonplace. If you’re hankering after some next-level gadgets right now, it’s time to invest in a self-balancing unicycle (or SBU), like those made by AirWheel. These quirky, one-wheeled devices are small, fast, and tailored to urban environments. It’s like commuting to work by scooter, with a circusy twist.

Who says two wheels are better than one? Not AirWheel’s Self-Balancing Unicycle. Photo courtesy of AirWheel.

We’ve said it once, and we’ll say it again (and again): Driverless cars are gonna change your life. Since we last checked in, the updates are coming thick and fast: Google’s self-driving cars are now on the roads in Mountain View and Austin, while other major car manufacturers are investing heavily in the technology. As Google puts it, “Time spent commuting could be time spent doing what you want to do.” Netflix and snacks, then?

Your bus is running 10 minutes late, you’re frazzled on the way to work, and the only way to vent is to send an angry tweet about it. But what if your tweets were being listened to by more than just your friends and followers? Enter the idea of “sentiment mapping”: the big data approach analyzes transport and passenger data (read: your irritated social media missives) to discover transit snafus and problem spots that can be addressed post-haste.

Some cities excel at creating bike-friendly shared spaces. Others? Well, let’s just say there’s some work to be done. In order to make sure all urban spaces are better at catering to two-wheeled commuters, design lab Future Cities Catapult has come up with some pretty nifty concept projects, including issuing cyclists with screen-equipped helmets that, Google Glass-like, display traffic information and road alerts while keeping a rider’s eyes square on the road. Fingers crossed this one makes it to the real world.

Helmets could soon instruct your brain, not just protect it. Photo courtesy of Future Cities Catapult.