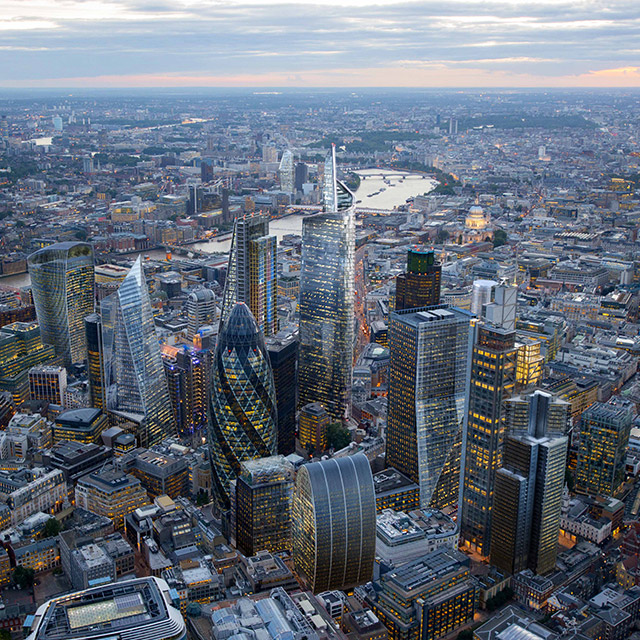 How Will Cities Change in the Future? We’ve Got Some Ideas.

When it comes to city life, changes are on the way (and in some cases, already here). Photo courtesy of Tammy Tour Guide.

Live in the city? You’re not alone. Urban populations are growing like gangbusters, and they show no sign of stopping.

By 2030, about three out of every five people in the world will be bona fide urbanites. With cities offering copious perks in terms of amenities, transportation, culture, and community, this trend is all well and good…until you consider that many cities simply aren’t suited for that kind of population boom—yet.

How will cities repurpose and transform their resources to accommodate this upcoming influx of urban individuals? Here’s a sneak peek at what could be coming to a city near you.

With the notion of the future comes futuristic-looking design. And boy howdy, are there imaginative ideas out there.

For starters, there’s the Paris Smart City 2050 project, which envisions what the picturesque locale will look like in a forward-thinking fashion. Belgian architect Vincent Callebaut dreamt up the above concept, which imagines antismog towers with de-polluting properties, photosynthesis towers covered in algae, and vertical farming oriented “farmscrapers.”

Other glimpses ahead include water-centric structures (like the Seasteading Institute’s Floating City Project), a tree-lined bridge (aptly named Garden Bridge) in London, and OAS1S, which sees homes actually functioning as trees (think oxygen-producing, sustainable, and off-grid). As the future comes closer into view, expect to see even more of these visionary, eco-friendly projects rendered—and even realized.

As population scales up (but available land doesn’t), locales like Singapore are digging deep. Image courtesy of JTC Corporation.

As cool as futuristic renderings look, some of them won’t even be visible—at least at first glance.

We’re talking about mind-bending, underground works—unobtrusive from street level, but game changing below the surface. (After all, you can only build skyscrapers so tall and so wide.)

Where is this going down? With a population predicted to grow by 1.5 million in the next 15 years, Singapore is digging deep—literally. A proposed science research center would function entirely below the surface, while the sprawling Jurong Rock Caverns are now being used as a commercial facility to store liquid hydrocarbons.

A whole pile of Singapore restaurants and shopping malls have already taken the plunge, too—and developments in London, Montreal, Helsinki, Kansas City, and Amsterdam have sprung up (err, down), as well. Underground: not just for moles anymore.

Affordability is critical to city dwellers remaining (or becoming) city dwellers—a challenge that Boston is facing head on. Image courtesy of the Mayor’s Housing Innovation Lab.

Most of these visions are for the cities of the far future. But before even thinking about eco-centric skyscrapers, for urban dwellers to live in cities, they need to be able to afford to live there. And it’s not easy. Especially when the rent in many new developments, intended to boost the availability of housing, is simply unattainable for the majority of residents. Fortunately, cities are taking notice—and action.

In Boston, the Mayor’s Housing Innovation Lab is currently taking a multi-pronged look at how the “missing middle”—earners who fall between public-assistance eligibility and luxury living—can flourish and stay in the city.

The lab’s efforts include:

• Collaborating with architects, developers, and contractors for ideas on how to affordably build compact-living apartments

• Launching a Home Buying Portal website, where first-time homebuyers can connect with the neighborhoods, houses, and loan programs that suit them

Thanks to a Bloomberg Philanthropies grant to bolster data-driven innovations, Boston is aiming for these four pilot programs to help the production of 20,000 middle-income units by 2030. A number of other cities across the U.S.—from Dallas to San Francisco, and Portland, Maine to Boulder, Colorado—are applying their own tactics to the issue. We can only surmise that as these cities make discoveries through exploration and execution, even more will follow suit.

For cities to grow with their residents, increased walkability for all ages is key.

In addition to populations increasing in quantity, they’re also increasing in age. The overall U.S. population is skewing older as a big chunk of the populace (hello, Baby Boomer generation) is aging and living longer, and the vast majority of older adults do not want to leave their homes or communities as they age. For cities to remain (or become) vibrant, accessible living centers for citizens of all ages and abilities, adaptations are in order.

Spearheading efforts is the AARP Network of Age-Friendly Communities, an affiliate of the World Health Organization’s Age-Friendly Cities and Communities Program. AARP’s program has participating communities in more than 20 countries, and more than three dozen communities representing more than a dozen states (and counting) in the U.S. alone.

Critical upgrades being sought include:

• Access to free or affordable health, social, and financial services

By putting aging citizens’ needs and habits first, and focusing on changes in infrastructure, development, and community-building, older folks can continue to participate in civic life, promote health and wellness, and make their city, town, or neighborhood a lifelong home—no matter their age.

Gathering ideas from multiple P.O.V.s—and corners of the world—can lead to all kinds of urban transformations, like this Venezuelan community that spun up in an unused public space. Photo courtesy of TED Talks.

Just as urbanites’ needs and preferences are varied, so are the approaches to city evolution. That’s why we’ve also turned to some particularly inspiring thought leaders on this very subject, via the almighty TED Talks, to keep the discussions going.

Pondering the big questions—How do we move around smarter, get food to everyone, and keep our cities the rich, remarkable, amazing places they are?—is what these brainy folks live for (we assume).

Whether it’s pedestrian-friendly design in New York’s Times Square, the proliferation of public transit in Columbia, the artistic transformation of favelas in Rio, or safeguarding cities from ecological devastation from climate change, these 10 TED Talkers offer wisdom, anecdotes, and possibilities for a rapidly changing, increasingly connected world—city-style.