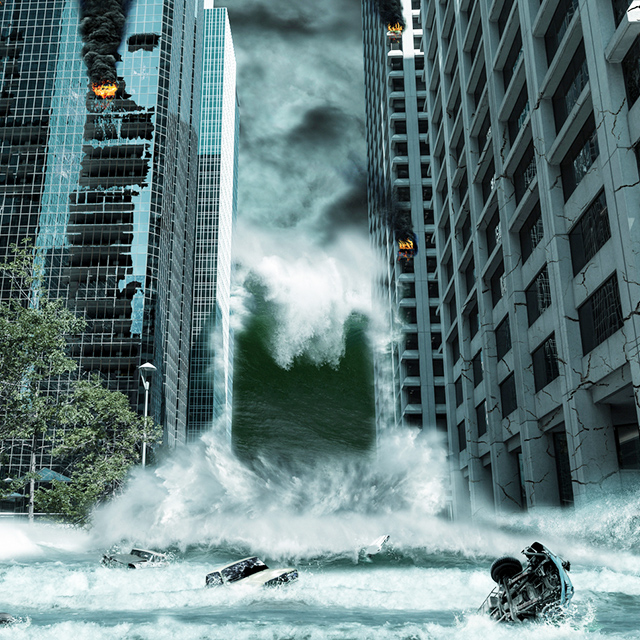 Natural Disaster to Zombie Apocalypse: How Cities Prepare for the Worst

Disasters (both natural and man-made) tearing apart our cities are the things that make for summer blockbusters. There are dozens of YouTube clips at the ready where you can watch San Francisco torn apart by an earthquake in “San Andreas” and New York washed over by a tsunami in “The Day After Tomorrow.”

But beyond the imaginative minds and talented special effects experts in Hollywood, there’s a very real need to prepare our cities against disasters. Fortunately, there is an entire American industry of professionals who make it their business to envision the worst-case scenario, and plot how to save lives and lead the recovery efforts before the worst happens, like a real-life "Sharknado."

In case of a city-wide emergency, who you gonna call?

The Federal Emergency Management Agency (FEMA) was widely criticized in the wake of Hurricane Katrina for what most perceived as a slow response to those in need in New Orleans and hard-hit areas of the Gulf Coast. By all accounts, the federal government has stepped up its game since then.

The Department of Homeland Security, created in the wake of the terrorist attacks of September 11, 2001, has a yearly budget of nearly $100 billion and is one of the largest branches of the cabinet, with close to 250,000 employees. Their website shows all of the current events threatening any or all of the 50 states, from heat waves, to the Zika virus, to active shooters.

How do they prepare? Check the list of natural disasters (including 16 different scenarios) that may affect you at some point of the year, from the extreme cold and tornadoes so common to the Midwest, to the hurricanes that seem to hit some part of the eastern seaboard each fall, all the way to “space weather.” (FYI, geomagnetic storms are a thing, and they can knock out your electricity.)

Lastly, be sure your phone is set to receive Wireless Emergency Alerts (most new models are) and—in case phone service cuts out—know the NOAA weather radio station in your area.

PREPARE FOR THE WORST

Most major American cities have similar sites of their own, offering information on how to be prepared for more regionally specific occurrences. For example, in states that face extreme heat during summer, there are cooling centers where people who lack air conditioning can get relief from the persistent high temperatures. You may think that A/C is a luxury, but a lack of enough cooling centers in Chicago in 1995 led to more than 700 deaths during a five-day heat wave.

In New York City, where Hurricane Sandy brought half of Manhattan to a standstill in 2012, there are plans in place for the rising waters that come with a storm surge that often precedes a hurricane, including a map of evacuation zones.

With active shooter situations dominating the news with increasing regularity, emergency response teams in Chicago recently made the renowned “friendly confines” of Wrigley Field a considerably less friendly place for a day, using the 2016 All-Star Break as an opportunity to stage a drill involving fire and police teams. They shut down streets around the ballpark and trained what to do in the nightmare scenario of an armed assailant opening fire inside the stadium during a game.

In the Midwest, large-scale winter snowstorms are an annual event. How to keep roads in snowstorm shape? Massive stockpiles of sand and road salt. Cities like Minneapolis employ armies of over 75 snowplows to get the roads clear and passable in short order after the white stuff stops flying.

The Centers for Disease Control and Prevention (CDC) is thinking ahead when it comes to the threat of a pandemic (remember anthrax?), and has stockpiles of vaccines at the ready for things like smallpox and influenza if there is an outbreak. In 2014, a drill in NYC was able to theoretically get life-saving medicine to over eight million New Yorkers in under eight hours.

Is your city ready to boogie when the zombies rise?

But what if the impending disaster comes not from the sea or the sky, but from the vivid imagination of science fiction fans? “Walking Dead” enthusiasts have probably already plotted out their survival plans, but for the rest of us, Zombie Response Teams are prepared for a rising of the undead. Even the CDC is ready for a zombie apocalypse, so when the army of darkness shows up at your door, you’ll already be prepped with tools and non-perishables. In Chattanooga, Tennessee, the local zombie response team educates its more than 1,200 followers on practical survivalist tips, like how to make DIY solar water heaters.

Free and easy-to-follow resources can help you gather tools, both big and small.

HOW YOU CAN PREPARE

Emergency management officials in every part of the country stress being prepared, like having a well-stocked emergency kit handy, preparing an evacuation plan if you’re in a flood-prone area, or designating a family rendezvous point in case you are separated in a time of crisis. Some plans are intuitively simple, like keeping a pair of slip-on shoes next to your bed if you live in an earthquake zone, so you don’t find yourself trying to navigate barefoot across broken glass when the shaking stops.

Take this easy-to-follow list: It covers the obvious (water, flashlights, non-perishable food, and a can opener) and less known (pet supplies, a whistle, copies of your insurance papers). All of it can be collected in a relatively short time, although a trip to the pharmacy and the hardware store may be in your future.

You can volunteer to help people (no Hunger Games participation required).

There are also myriad ways you can get involved in lending a helping hand after a natural disaster, with the American Red Cross offering a volunteer sign-up site for those willing to offer their time and talents to the recovery efforts. Sometimes this is as simple as providing a meal and a place to stay, temporarily, for people displaced by a flood or a wildfire.

We may not be able to stop some disasters from heading our way, but thanks to federal and local agencies that plan for the worst, and volunteers that bring out our best, there’s hope that we are prepared to ride out and recover from whatever Mother Nature has in store—no matter what city we live in.