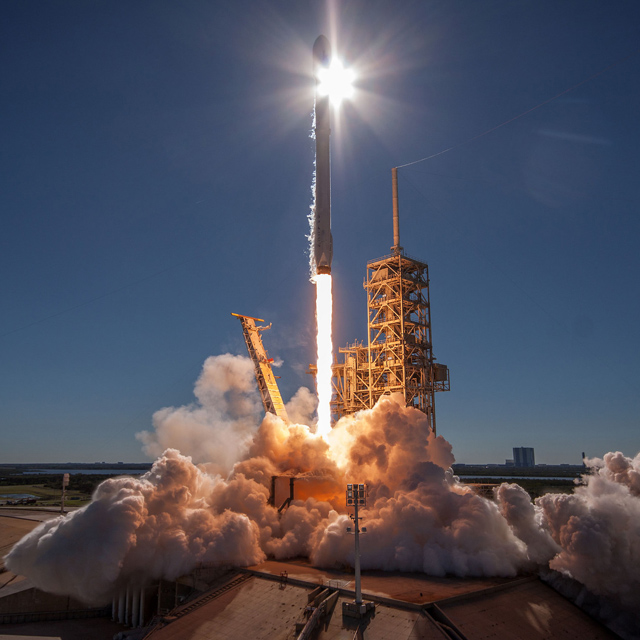 4 Ways Elon Musk is Creating the Transportation of the Future

From land to outer space to deep underground, Elon Musk’s expansive vision for the transportation of the future seemingly knows no bounds. He’s pioneered electric car technology, has plans for human colonies on Mars, and wants to make ground transit systems that are as fast as commercial jet travel. Oh, yeah: and he still hasn’t hit 50.

He’s revolutionizing subterranean, land and space travel—and he hasn’t even hit 50. Way to make us all look bad, Elon. Image courtesy of OnInnovation/Flickr.

We’re delving into four of Musk’s most daring and ingenious ideas to date—ones which are likely to have a profound impact on the way we move around the world (and beyond) in the coming years. As he says, “I plan the future so that I don’t get bored.” We believe him.

Is there life on Mars? If SpaceX has anything to do with it, there soon might be. Image courtesy of SpaceX/Flickr.

As the co-founder of PayPal, Elon Musk’s entrepreneurial savvy began early. But his imagination, and sense of inventiveness, really came to the fore with the ground-breaking SpaceX. Founded in 2002, the company’s mission—to develop full and rapidly reusable rockets—is poised to transform space travel as we know it.

In 2010, SpaceX became the only private company to ever return a rocket from low-Earth orbit; since 2012, it’s been delivering cargo to and from the International Space Station. Now, the latest plan? Make like David Bowie and plan a life on Mars.

Musk hasn’t been shy about his affinity for the wild blue yonder: In the past, he’s argued that humanity needs to go multi-planetary in order to survive. Now, the company hopes to finish developing its new, supersized BFR (yup, that’s “Big F’ing Rocket”) by 2022, with upcoming Mars missions tentatively scheduled for the years to follow. Talk about one giant leap for mankind.

Tesla’s electric car technology: poised to change the world (and look pretty slick while doing so). Image courtesy of Tesla.

Musk’s terrestrial innovations have been no less ground-breaking—and disruptive to their respective industries—than SpaceX. For automotive types, his name most likely conjures associations with Tesla.

The car manufacturer hasn’t just pioneered gas-free technology—it’s hoping to “accelerate the world’s transition to sustainable energy through increasingly affordable electric vehicles.” Today, there are more than 180,000 Tesla automobiles on the road; the company’s lithium-ion battery innovations and expanding “supercharger” network across the country mean it’s easier than ever to drive green.

It’s getting cheaper, too. The upcoming release of the Model 3, priced at just $35,000, is the latest step in the company’s aim to make electric driving technology more accessible than ever. Add in the fact that Tesla is making its patented technology available to other automotive manufacturers (in the hope that it catches on faster) and that it’s exploring automation and driverless technology, and it becomes pretty clear why Tesla is one to watch when it comes to future transportation models.

Travel from Boston to DC in less than an hour? Don’t mind if we do, Hyperloop One. Image courtesy of Camilo Sanchez/Wikimedia Commons.

What if ground transportation could be as fast as air travel—minus the turbulence and bad food? Meet Hyperloop One: a system of magnetically propelled ground shuttles that’ll race along a series of pneumatic tubes at speeds of up to 600 miles per hour. Or at least they will if Elon Musk and Richard Branson have anything to do with it.

The Virgin mogul has recently committed backing to the idea, which makes it all the more likely that you could soon zoom from Boston to Washington, DC in under an hour. And while Musk has recently stepped back from the project since first publishing his plans in 2013, the fact that it’s closer than ever to becoming real gives us the chance to watch his vision come to life.

If your main use of Twitter is following cute dog accounts, you may want to up your game. Leave it to Elon Musk to found a company—and pioneer a potential new form of mass transit—on the social media site. After complaining about being stuck in LA traffic last December, Musk had a lightbulb moment: The Boring Company was born.

It’s not named for its dullness. Instead, the company plans to bore into the Earth and build tunnels that will speed autonomous vehicles from neighborhood to neighborhood via super-fast electric skates. Just last week, Musk formally filed building permissions to construct a tunnel connecting Hawthorne, CA to Los Angeles. The project wouldn’t just enable faster-than-ever travel: by reducing emissions, it would also be plenty green. Nothing dull about that.