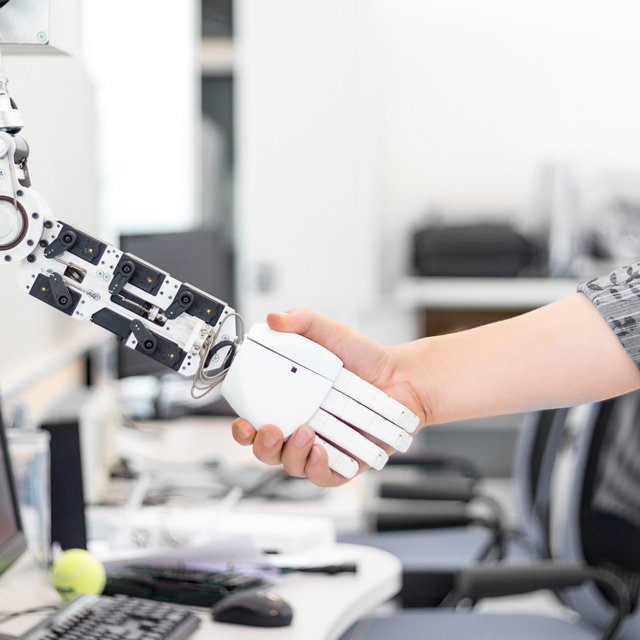 The Robots Are Coming: Here's What You Need to Know About the Future of AI

Time to buckle up: AI is coming, and it’s here to stay. More than just a series of technological advances, the suite of new developments surrounding artificial intelligence and robotics amounts to no less than a fourth industrial revolution. And as with any gigantic paradigm shifts, the future of AI is rife with both potential and problems.

Artificial Intelligence will change the way we live our daily lives.

But we’ll back up a little first. For starters, it helps to define AI, and Futurism breaks it down in simple terms: “Artificial intelligence is software built to learn or problem solve—processes typically performed in the human brain.” Automation, meanwhile, “includes both mechanized robots (whether humanoid or drone-shaped) and artificially intelligent software programs.”

The advanced technology can improve our quality of life from helping with daily tasks to saving lives.

From robotic mice toys for your cat to smart nanoparticles created to heal your ailments from the inside out, the future of AI includes plenty of benign, even thrilling, applications. In the coming decades, robots could become reliable healthcare assistants and even friends to those battling loneliness in their old age. The flourishing of A.I. voice assistants the likes of Amazon’s Alexa, and their integration in a range of IoT devices around the home, might also simplify and streamline everything from cooking and other chores to ordering cabs, figuring out directions, and the other daily tasks that populate urban life.

And we’d be remiss not to mention driverless car technology, which, in our humble opinion, is one of the most exhilarating applications of AI yet. In addition to the sheer joy of being chauffeured around town, “such services will be safer, reduce pollution and congestion, and will also bring about a paradigm shift in personal vehicle ownership rates, which are likely to decline steeply.” We’re all about that sharing economy spirit, and making cities safer and cleaner is a definite plus.

Amazon’s Alexa is one of the digital assistants that has brought AI into the home. Image courtesy of Amazon.

In addition to the positives, however, there’s also plenty to be wary of where AI is concerned. Most people in the business of predicting the future of AI—supporters and detractors alike—have reached a common conclusion: the technology is going to have a radical impact on our working lives. And sooner than you might think, too. One prediction states that robots will take close to half of all jobs in the next 25 years, while a recent report by McKinsey Global Institute says that up to 800 million jobs could be lost around the world to automation, including everything from white-collar desk jobs to industrial factory work. Those are some pretty intimidating numbers.

Some see silver linings in these developments: the future of AI will—as with past technological revolutions—also surely spawn its own litany of new careers. With strategic and compassionate societal restructuring (including concepts like universal basic income), workers around the globe who become replaced by more efficient robots could still stay afloat—or discover all new paths to prosperity.

AI will inevitably be a larger part of our lives; all we can do is embrace it.

For all the fearmongering predictions of AI, there are as many voices championing all the advantages that robotics will impart to humankind, from high-tech robotic limbs to robots that have been designed to foster empathy. The depth of AI’s impact, both positive and negative, remains to be seen. At this point, the only thing we can truly count on? The inevitability of (major) change.