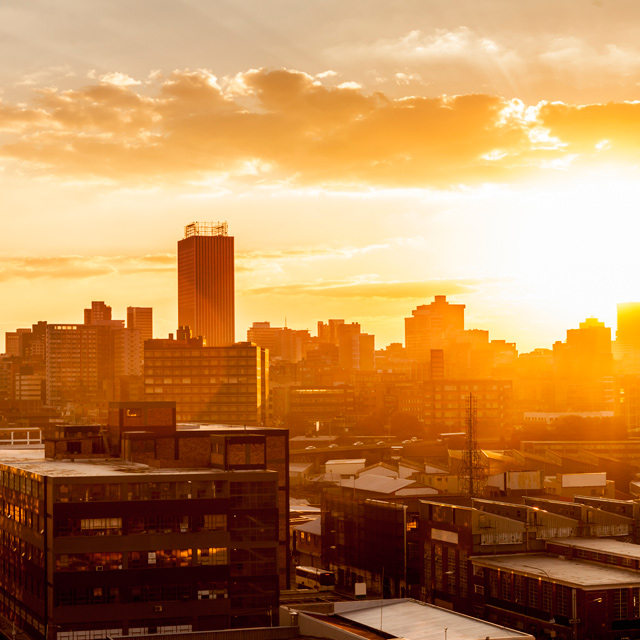 Live in a City? Here’s What You Need to Know About Climate Change

These days, climate change is a topic that’s on everyone’s minds. Following on the news that an iceberg the size of Delaware—among the largest ever recorded—broke off from an ice shelf in Antarctica earlier this month, New York Magazine published a panic-inducing cover story about how climate change is going to unfold over the coming decades. Spoiler: the prognosis isn’t pretty.

Though there’s since been eloquent pushback against the doomsday scenarios, climate change still isn’t going anywhere—and it helps to learn what to expect. We’ve put together a primer on urban climate change to fill city-dwellers in about what kind of changes they may start to see in their communities...and, most importantly, what they can do to help.

When icebergs the size of U.S. states are detaching from Antarctica, it’s hard not to have climate change on the brain (or feel bad for penguins).

King tide-related floods provide a frightening preview of what sea level changes could do to our cities.

According to current models, sea levels may rise up to 5.3 feet in the next century. That’s bad news for many of our cities—including Washington D.C., Miami, New York, and New Orleans—which are coastal or built near waterways (and, in some cases, barely above sea level).

But while catastrophic flooding incidents may still be decades away, so-called king tides are providing a preview of rising waters. The name for the highest high-tide events in a given year, king tides “are reaching higher and extending further inland than in the past” thanks to the increase in average daily water levels, according to the EPA.

Want to help track your region’s king tides? The King Tides Project is encouraging citizen scientists to document tidal data in their various cities. If you’re up for the job, you might also want to invest in a good pair of rubber boots.

If you’ve gone for a walk around your neighborhood and noticed that flowers are blooming in January—or that you’re sweating in March—it’s not just you: the seasons really are changing, and the normal seasonal cues (the first frost, spring blossoms) are all out of whack. Winters are shorter, spring’s arriving faster, and summer is definitely outstaying its welcome—and that means your city’s really heating up.

Adding to our communities’ steamy futures is the urban heat island effect, by which cities are much warmer than their surrounding regions, and could double the local impact of climate change. Though there are numerous small tricks you can use to keep your apartment cooler in the summer, this is the time when citywide solutions are urgently needed.

Experts predict up to 13 million Americans could be displaced by climate change—and that cities like Detroit may become inland boomtowns.

Though rising sea levels and thermostats are some of the most visible symptoms of climate change, an increase in “climate migrants” is a less immediately obvious (though no less salient) change to look out for. It’s sure going to be noticeable when it happens: A recent study has suggested that up to 13 million people in the US alone are at risk of being displaced by climate events.

Whereas coastal cities will see their populations sharply contract, the more inland enclaves—including Milwaukee, Detroit, and cities in the Pacific Northwest—are likely to become boomtowns. Let’s just hope these cities’ infrastructure will be ready for the swarm.

The end result of urban climate change is still largely an unknown. While the potential for great change is afoot, various prediction models point to very different outcomes.

But despite the ominous forecasts, some experts still see some positives. Namely, the increasing awareness of climate change means that people from different walks of life will be more willing to work together, and more conscious of their own carbon footprints. Already, hundreds of cities around the world are joining forces to plan ambitious emissions reduction targets and begin to prepare for what lies ahead.

That also means that this is the perfect time to start taking your individual ecological impact seriously. Here are six ways to take action now—and yes, every little bit really does make a difference.