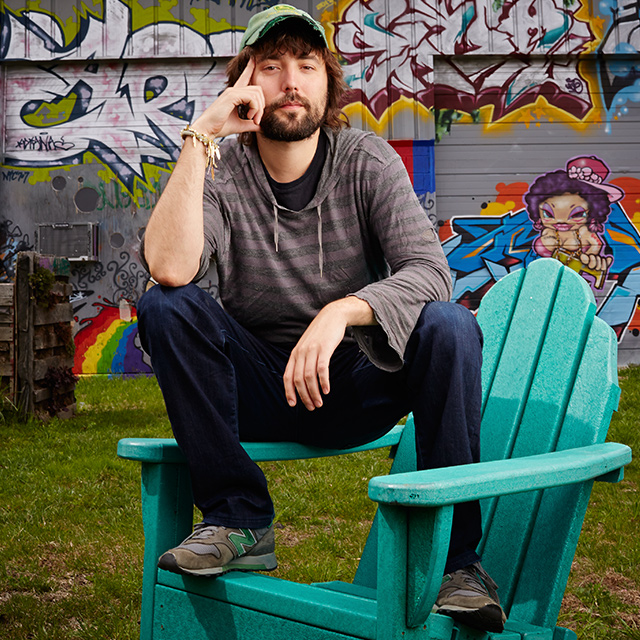 When In Doubt, Throw It Out…Or Not? TerraCycle’s Tom Szaky Spills All

In honor of Earth Day, we felt obliged to do a little trash talking with TerraCycle’s Founder and CEO, Tom Szaky. Overflowing with knowledge, Tom schooled us on some of the top waste management misconceptions plaguing the United States and beyond. While his company’s mission has evolved since inception over a decade ago, he asserts that his passion for the environment was budding even back then.

In 2001, Tom says he was a typical college freshman — attending classes, hanging out with friends, and discovering that worm-poop fertilizer grew the best marijuana. Fast forward a decade and TerraCycle has grown from a small fertilizer business to a highly successful organization dedicated to “recycling the unrecyclable.” TerraCycle now works with and educates some of the world’s largest companies on recycling and upcyling, including Kraft Foods, Colgate-Palmolive, and Walmart. We didn’t want to waste the opportunity, so we asked Tom to tell us what he thinks are the leading fallacies about trash. Here are his four key tips.

TerraCycle founder Tom Szaky makes sure nothing (and he means nothing!) goes to waste.

1. Plastic ain’t nothing but a number.

Those little recycling triangles contain the numbers one through seven denoting which type of polymer it is. In most places within the United States, only numbers one and two are traditionally recycled. As the number increases, it gets harder and harder to find a location that will accept the waste. In fact, number seven pretty much means “we really have no idea what to do with this.” If you throw a three through seven in a one or two bin, it just ends up in a landfill.

Aluminum cans are recyclable because someone figured out a way to make it profitable. Using recycled aluminum is cheaper. It’s a lot harder to recycle cigarette butts, but if you strip it down to the raw materials, everything can and SHOULD be recycled.

I am a huge proponent of composting, but if you throw organic materials in the trash, it will just end up in a landfill. Traditional thinking is that it will decompose regardless, but truth be told, landfills pretty much mummify everything — including organic waste. If you throw a banana in the trash and it ends up in a landfill, it could take years to decompose.

Local graffiti art spruces up the inside — and outside — of the formerly empty warehouse space.

Stick a biodegradable fork in your compost and dig it up a few months later; it will still be intact. Not only do biodegradable products NOT decompose, but to create them, manufacturers have to use a phenomenal amount of crude oil. I always recommend utilizing reusable, durable items for as long as possible.