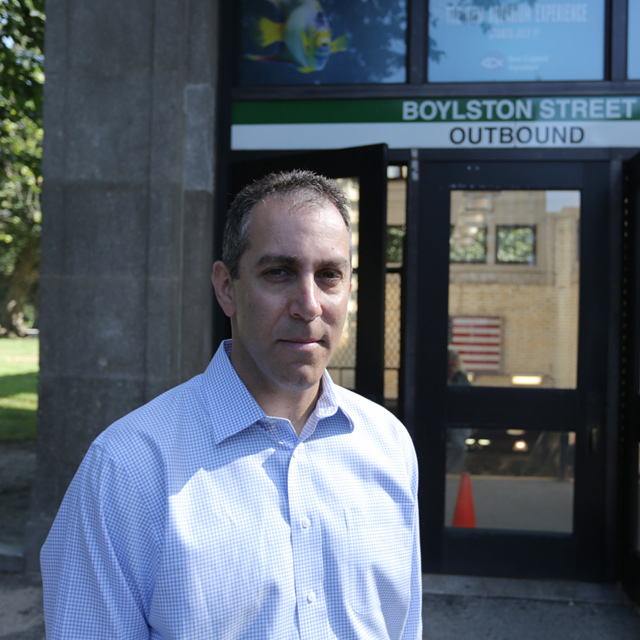 Doug Most Explores the Underground Rivalry Between Boston and New York

For those of us who live in cities, we rely on a lot of ways to get around, in particular subways. Doug Most, Deputy Managing Editor for New Initiatives and and Special Sections at the Boston Globe, is the author of “The Race Underground,” which tells of the race between Boston and New York to get the first subway up and running. This, his second book, has received kudos from The Economist, Vanity Fair, the New York Times, and the Boston Globe. The story seems as topical today as it did back then when men risked life and limb to get America back on track.

We caught up with Doug to talk about his book and the lessons of the past that we can learn from today.

From left to right: Two workers take a rest from digging the tunnel under the Boylston Street station. The first Boston subway trains come back above ground in September of 1897. Archival photographs courtesy of the State Transportation Library of Massachusetts. Author portrait by Scott LaPierre.

Zipcar: What inspired you to write about this story?

Just like the building of the Brooklyn Bridge was an amazing story and book, the building of the Boston subway, the first subway in America, is a remarkable story of intrigue, drama, characters and tragedy and triumph. It has never fully been told before, and then when I learned that New York built its subway around the same time as Boston, and went through the same debates at the same time, it made for an even greater story of two cities, instead of one.

And what do you think this book says about the pioneering American spirit?

It's an amazing story about American ingenuity and invention. The late twentieth century was a remarkable period of invention, when the light bulb, sewing machine, dishwasher, and other everyday tools and appliances were born. The subway is perhaps the greatest innovation from that period; they tunneled underneath the city using nothing but picks and shovels! Horses pulled enormous carts of dirt. There was death and destruction, but there was also great perseverance and fearlessness.

People often say that history repeats itself. Are there parallels between the problems facing urban transportation then and now?

Well, weather played a huge factor in why subways were built. The Blizzard of 1888 paralyzed the Northeast and forced cities to move their transit systems underground. But what's interesting today is that snow still cripples us, but only because we now rely so heavily on our cars to get around. New York is able to withstand storms better than Boston because the NY subway is so widely used and expansive. Encouraging people to use public transit and not rely so much on their individual cars would really clear out space in cities and make cities even more walkable.

People who live in cities want cars, but don't want the cost that comes with them. So great innovators are coming along with solutions, from car sharing to taxis-on-demand. It takes great thinkers and doers to change the way we fundamentally live.

Do you see any similarities between the innovation that drove the first subway and the rise of alternative options to car ownership today, like Zipcar, Uber, and Lyft?

The key word is innovation. Back then, the crises were speed and distance. People needed better options to move about that went faster and farther than horse-pulled carriages. First came street trolleys, and then after the Blizzard of 1888, came subways. Great thinkers and doers put their minds together to help improve the way of life in cities. Today, the crises are cost and convenience. People who live in cities want cars, but don't want the cost that comes with them, from parking to gas to insurance. So great innovators are coming along with solutions, from car sharing to taxis-on-demand. It takes great thinkers and doers to change the way we fundamentally live.

Who/what will be the next big innovator?

A dreamer. Big ideas happen when big dreamers with the financial means and political connections make them happen. That's how the subway happened, and that's how the next big idea will happen. Elon Musk, the founder of PayPal, Tesla Motors and SpaceX, who wants the electric car to be the next big thing, is an example of a dreamer. Some of his ideas might sound ludicrous, but centuries ago, the idea of being whisked underground through dark tunnels by an electric train sounded equally ludicrous. And here we are.

Want to dig in? Order "The Race Underground" today.