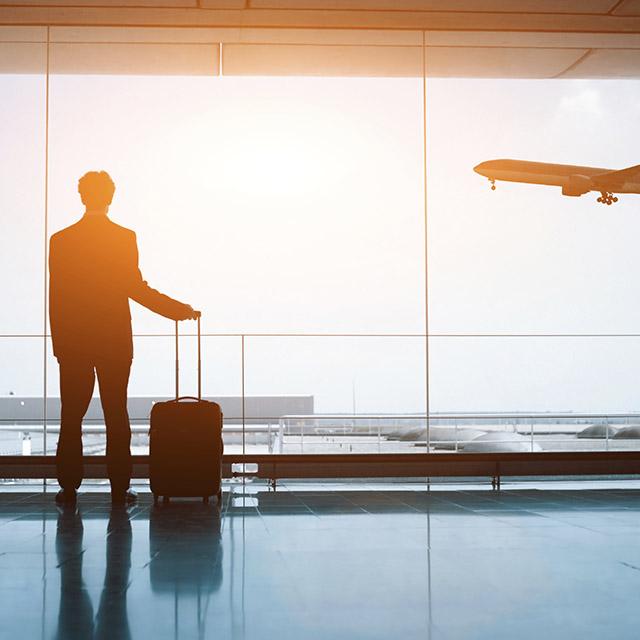 2016 Travel Trends That Are Gonna Make Your Year Awesome

Good news, wanderlusters: 2016 is shaping up to be your best year in travel yet. How do we know? For starters, airline costs are dropping, luggage space is growing, and with the help of your phone, you’re gonna have access to more steals than pretty much ever before. From national park centennials to virtual reality, these 2016 travel trends will send you packing. Get outta town! No, but really.

Travel can be wallet-shreddingly expensive. But in 2016? Things are looking up…or, err, down. Thanks to low-cost carriers like Norwegian Air and WOW Air, which have begun offering transatlantic fares for only a couple-hundo a pop, that long-haul flight to London or Paris just got budget-friendly. Major carriers like American Airlines are also starting to jump on board (pun intended), so this one may end up being less of a trend than a sea change. Cha-ching!

Flights will cost more than pocket change—but not by as much as you’d think. © richcano/iStock

Still hesitant to commit to a long-distance flight? You can still travel—virtually. Yup, really: virtual reality ranks among industry prognosticators’ top 2016 travel trends, and we’re definitely geeking out about it. A number of tour operators and travel companies are beginning to offer VR teasers of their trips, from 360-degree hot air balloon footage of Uganda to an up-close-and-personal encounter with the Hawaiian surf. So you can dip your toe in the simulated water before committing to a real-life trip to international waters.

This woman is on a Hawaiian beach right now. Well, kinda.

Cram all of your worldly possessions into a puny carry-on bag, or pay through the nose for checked luggage? For most of us, it’s a reluctant recourse to column one, but this coming year, your packing experience is gonna improve. For starters, you can pledge towards the Néit, currently raising funds on Kickstarter: the hard-case, smart suitcase collapses flat when not in use. The super-ergonomic Jurni, aimed at millennial travelers, is also remaking the humble suitcase, thanks to its ergonomic, storage-heavy design.

Airlines are also taking the hint. Many are investing in new Boeing planes equipped with so-called “Space Bins,” which will up storage space by 50%. See ya later, baggage carousel.

The space-saving Jurni is like the clown car of carry-ons. © Trunki

Thought your social media accounts were only good for #humblebragging about your latest adventures? Think again. Turns out they’re also one of the fastest ways to book your travel and nab some sweet deals. Conrad Hotels famously began allowing guests to book via Instagram last year, while Aloft Hotels now invites guests to text room service orders… via emojis.

Ordering room service is as easy as posting a Snapchat of it once it arrives. © stockstudioX/iStock

EXPERIENTIAL TRAVEL OF ALL STRIPES

This year, we’re excited to swap sightseeing for the new buzzword: experiential. Think opportunities like EatWith, which gives you access to dinner parties hosted by locals all over the world. The Leaning Tower of Pisa is great and all, but the chance to have homemade pasta with a new group of Italian friends? That’s hard to top.

Skip the extensive Yelp search and get a truly local-approved experience: an EatWith dinner party at their house. © EatWith

Of course, for some of us, experiential means getting out of the cushy hotel room and really connecting with your destination. That might explain why tiny houses are tipped for big things. Accessible, inexpensive—and sometimes portable—these compact abodes are good alternatives to glitzy, spendy stays.

Speaking of ditching hotels, we’re calling it now: 2016 is gonna be a big year for camping. The National Park Service is celebrating its 100th birthday, after all, meaning there’s never been a better time to trek through Yosemite or explore Yellowstone. Didya get your invite?

The national parks are turning 100, but (shh) they’re actually much older. © Poul Riishede/iStock

New travel patterns are also on the rise: instead of skipping town for a week on the beach, increasing numbers of travelers are embarking on wellness vacays, using their time off to volunteer around the world, or daring to go solo. 2016 travel trends all go to show: This year, there’s no wrong way to hit the road.