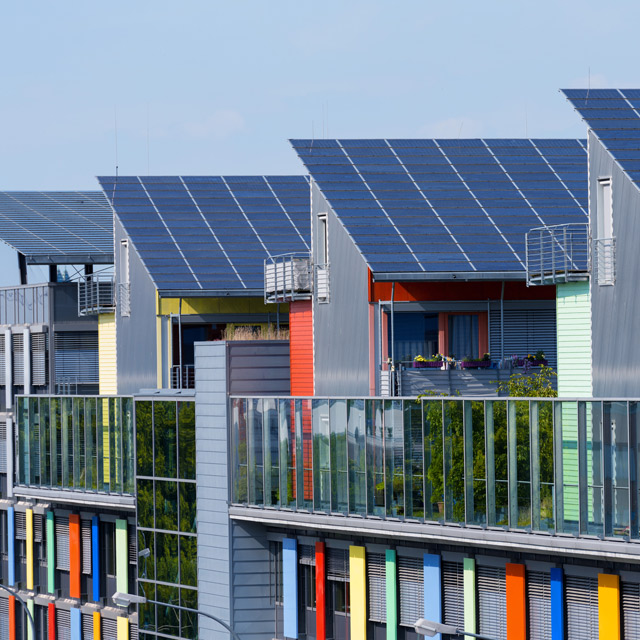 4 of the Greenest Eco-Cities Around the World

How will history books describe the era we’re living in now? We’re betting that they’ll go with “the Century of the City” (hey, it’s got a catchy ring to it).

No exaggeration, though: As of 2007, more than half of the world’s population officially live in cities—and that trend shows no sign of slowing down. According to the World Bank, developing countries will have tripled their urban areas between 2000 and 2030. As the UN Population Fund puts it, “The world is undergoing the largest wave of urban growth in history.”

We’re all about city living, but with our planet’s resources already taxed, it’s more important than ever that our future cities are greener and more sustainable than the ones we’ve got now. Luckily, we do have some present-day role models to use as blueprints. These four inspiring eco-cities are green #goals epitomized.

Curitiba puts the planet first, making it one of the world’s “green capitals.”

Eco-cities have no strict definition—the term was first coined in the 1980s and has evolved since—but broadly, any city whose design is centered around sustainability and positive environmental impact is good by us. Like Curitiba: Brazil’s eco-superstar, and among the most Earth-friendly cities in Latin America.

Curitiba’s many urban innovations have made it one of the world’s “green capitals.” Known for its expanse of 30-odd public parks (among the largest in the world, and a solution to the city’s flooding problems at that), a rapid bus transit system that has significantly reduced road emissions, and an innovative waste reduction program that allows low-income residents to exchange household refuse for food and public transportation tickets, it’s putting the planet first. Add in pedestrianized streets—and a fleet of upcycled buses that function as mobile schools where sustainability is taught—and we can’t help but conclude: Our cities should all be a bit more like Curitiba.

Over the last few years, China has experimented with a number of green city concepts, of which the Tianjin Eco-City project has been a clear standout. Created in partnership with Singapore, the Tianjin Eco-City was purposefully built along polluted salt flats and wetlands. As one representative said, “We wanted to show that it's possible to clean up a polluted area and make it useful and livable." Now, beautified Tianjin is on track to source 20% of its energy from renewable sources, while innovations like a super-smart pneumatic waste collection system are further cementing its green cred.

The city center of Freiburg has been pedestrian-only since the early 1970s.

Germany has long been a leader in eco-innovation, and the city of Freiburg may well be the foremost example of its pioneering policies. Freiburg’s sustainable endeavors have been in the works for decades; its city center has, impressively, been pedestrian-only since the early 1970s.

Now, the recently built Vauban neighborhood, conceived of as a “sustainable model district,” has taken things one step further. In Vauban, houses have been built according to compulsory low-energy standards, emphasis is placed on car sharing and car-free living, and it ranks among the largest solar districts in Europe. Not too shabby, guys.

Stockholm, the 2010 European Green Capital, plans to be fossil fuel-free by 2050.

It was no accident that Stockholm was named the European Green Capital in 2010. Thanks to ambitious urban initiatives, the city has posted some impressive stats. For instance: It’s got the world’s largest district cooling network, boasts 12,000 trees in the city center, and recycles 210 pounds of refuse per citizen each year. Incredibly, 68% of all trips in the city center are made on foot or bicycle.

Then there’s the model Hammarby Sjöstad district, a recently developed eco-neighborhood in the south of the city. As the World Bank writes, “Stockholm has demonstrated how integrated and collaborative planning and management can transform an old inner city industrial area into an attractive and ecologically sustainable district.” In Hammarby Sjöstad, non-renewable energy use has decreased by 30%, and water use by 41%.

Add in an ambitious plan for an entirely fossil-free city by 2050, and the fact that Stockholm counts more than 1,000 parks and nature preserves among its natural assets, and you’re looking at a beautifully green picture. Other cities: take note.