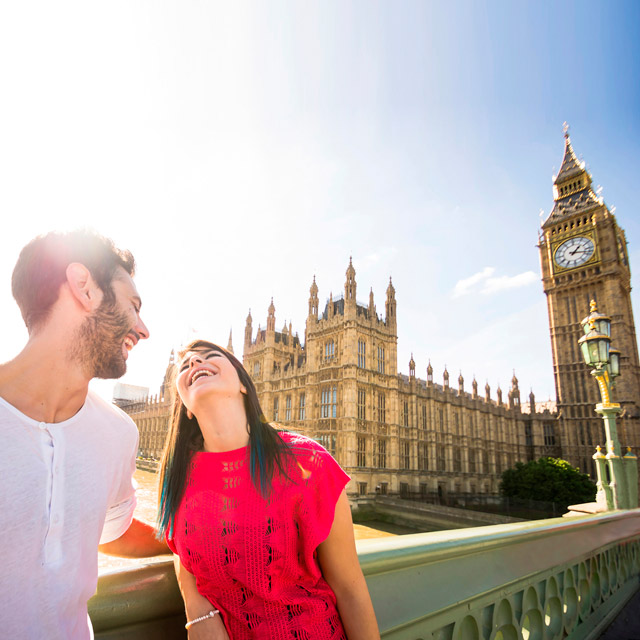 A long layover can put a huge crimp in your travel plans. You can only hang out at the Terminal B food court for so long. And we’re not sure who shops at the airport Gucci, but it’s probably best to save luggage space for goodies from your trip’s real destination.

So if you’ve got more than a few hours to kill between flights (and prefer to save your diversions for the actual plane ride), take a gander at this list. These 7 airports all have Zipcars in their garages, so it’s easy to take a quick buzz into town and give your layover a makeover. Consider your boring wait a bonus sightseeing adventure.

Share a visit to the Coca Cola Museum with yourself when you make a stop in Atlanta’s airport. Photo courtesy of Rant Lifestyle.

Grab a Zipcar or the MARTA from the airport, and you can be downtown in about 20 minutes (depending on traffic). Hit the Coca Cola Museum, where you can learn about the origins of the secret formula, see the birth of Santa Claus (he started as a Coke ad!), and try more than 100 Coca Cola products from around the world. Give yourself at least 3 hours to see the whole thing and grab a snack (and an icy Coke of course).

If you’ve still got time before your flight in Atlanta, go behind the scenes of America’s #1 news network, CNN. Take a studio tour and see how they put the news together. You can even stand in front of a green screen, try your hand as a news anchor, and snap a commemorative photo. (Your mom will be so proud.)

If your London flight isn’t calling just yet, you’ve got plenty to explore beyond Heathrow. Photo courtesy of iStock/sborisov.

It’s no surprise that international flights often experience long layovers. If you’ve got at least 6 hours, and especially if you’ve never been to London before, don’t miss the chance to pop in and visit Central London. If you’re not in the mood to learn other-side-of-the-road driving, take the Heathrow Express to Paddington Station in just over 15 minutes. From there, you can navigate via the Tube (London’s immaculate subway system) and have plenty of time to taste some pasties, sneak a peak at Big Ben, or admire Monet’s famous Waterlillies at the National Gallery.

Soak in the sunshine (and Cali culture) between flights at LAX. Photo courtesy of iStock/nito100.

Long layover at LAX? No time is ever wasted in sunny, LA LA land. It’s all good in this laid back, fun-to-play town. Glitterati Tours will take you on a whirlwind, sightseeing tour of LA with roundtrip travel to and from the airport. Set eyes on Hollywood, the Sunset Strip, and stars’ homes before you can say Jennifer Aniston.

Just a few minutes away from LAX, Marina del Rey is a short drive, but a world away from the bustling airport. Stroll around the marina, enjoy fresh seafood, or just watch boats come into harbor—so much better than watching planes come onto the tarmac.

For a funkier time, take a trip up to Venice Beach. The famous boardwalk is the place to be and be seen. With serious skateboarders, bikinied roller-bladers, palm readers, artists, and gigantic bodybuilders, there’s a never-ending parade of colorful characters to witness. Just close your mouth in time to hit the road and catch your next flight.

See the sea—and lots more—with a layover in Boston. Photo courtesy of iStock/espiegle.

Flying in to Boston’s Logan Airport? In addition to a Zipcar, you can take a scenic water taxi to get to the heart of the city, Boston Harbor. (Just a quick drive through the tunnel, or a 5-minute cruise across the water.) Swing by the Barking Crab, an authentic New England crab shack where you can try fresh clam chowder, lobster, or their famous Jonah crab.

Still got time? Faneuil Hall and marketplace, the North End (Boston’s Little Italy), and the New England Aquarium are all within easy walking distance of the water taxi dock. You could even pay a visit to Zipcar HQ in the Seaport if you want to. We’ll even give you a t-shirt! (Probably.)

Amp up your air travel with a layover ziptrip to Houston’s Space Center. Photo courtesy of C Jordan Tours.

Got some time to kill before your flight? Houston, we don’t have a problem. Scoot on over to the Space Center! Located 25 miles south of downtown Houston in the NASA/Clear Lake Area, the Space Center Houston is a fun destination where visitors can experience galactic exhibits and attractions, watch astronauts train for missions, touch a moon rock, and take a behind-the-scenes tour. Blast off before your take-off. Coolest layover ever.

There’s tons to eat, see, and do beyond Minneapolis’s tarmac, without having to haul too far. Photo courtesy of iStock/MYDinga.

One of the busiest airports in the Midwest, and a hub for Delta, this is the perfect place for an airline to park you for a while between flights. Joke’s on them because you’re gonna have a good time anyway. The airport is slightly closer to St. Paul, where you can visit the Science Museum of Minneapolis and stop by Cafe Latte for modern comfort food, cafeteria-style. Head a little further into Minneapolis and you’ll find the home of Target HQ, if you need to do a little bargain shopping. Or take in the modern arts at the Walker Arts Center. (Yup, the creators of the Internet Cat Video Festival.)

Catch scenic views with your coffee during your Seattle layover. Photo courtesy of iStock/apichart.

Seattle is a small city that is highly navigable. Just a half-hour ride from the airport, you can spot the space needle, Mt. Rainier rising in the distance, and watch those guys throw fish around at Pike Place Market. Pike Place is also an awesome place to grab some fresh grub or famous Seattle coffee. To continue to get your java on, visit the original Starbucks that launched the infamous coffee chain that spawned the Venti vanilla, soy, no whip, half-calf latte.