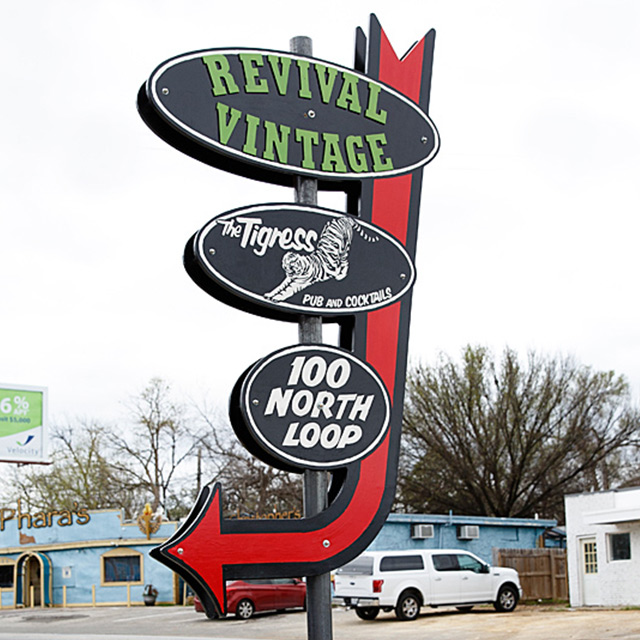 Yes, we know, Austin is the “music capital of Texas.” The title is well-deserved, but when March rolls around and the South by Southwest Festival inundates every bar, restaurant, and street corner with aspiring bands and their admiring hipster hordes (not that there’s anything wrong with that…), it’s enough to make a local want to hunker down with the windows shut. That’d be a shame, though, since spring has just sprung and the many other highlights of the area are only a Ziptrip away.

Need to escape the chaos of SXSW? Consider these three road trips to get you out of the city and into the natural, media-frenzy-free beauty that abounds in the outskirts of Austin.

You know you’re never going to elbow your way into Barton Springs during SXSW, so take this opportunity to explore two beloved swimming holes that lie beyond the city limits.

45 minutes from downtown Austin, Pace Bend Park boasts nine miles of shoreline access to Lake Travis, including limestone outcroppings for safe cliff jumping and rugged hiking trails from which to glimpse deer, fox, and jackrabbits. Ten dollars will get your Zipcar and everyone in it into the park until sundown.

While people are packing into Austin’s watering holes, you’ll be getting the real treat: the Krause Springs swimming hole.

Nearby Krause Springs is often thought of as the most beautiful swimming hole in the state. On 115 privately-owned acres, it offers 32 springs, a butterfly garden, and plenty of campsites for overnight stays, but the main attraction is the large grotto and natural pool fed by a majestic waterfall and surrounded by cypress trees. (Swoon.) It’s a popular spot, yet still enough of a secret that it’s not overrun.

Skip town for some of the best burgers in Texas at Poodie’s Hilltop Roadhouse.

After you towel off, grab an ice-cold Lone Star and a Famous Poodie Burger at Poodie’s Hilltop Roadhouse. (Named after Willie Nelson’s longtime tour manager, the Red-Headed Stranger himself has been known to stop for a bite now and then.) The outdoor patio is renowned as one of the best spots in the area to watch the sunset. Up the road, you’ll find the somewhat more refined Briarcliff Bistro and Bacon Bar, where bacon gets the spotlight on the menu (but your veggie-burger-lovin’ friends are still welcome).

Just a little farther northwest up Route 281, you’ll find Longhorn Cavern State Park, featuring over a mile of passageways carved out by underground water flows (yet somehow less claustrophobic than SXSW-packed Austin). Over the years, the caverns have sheltered Comanches, confederate soldiers, bandits, kidnappers, and millions of bats (most of which are gone now, leaving only a few adorable, usually hibernating pipistrelles).

Choose your adventure at the Longhorn Cavern State Park, from a wild cave crawl to a paranormal tour.

Perhaps most colorfully, the caverns housed an elegant speakeasy nightclub with fine furnishings and a wooden dance floor during Prohibition. Twice-daily guided tours last an hour and a half and wind their way past dolomite rock formations and through glittering rooms of crystal, and the caverns remain a refreshing 64 degrees all year round. Much better than squeezing into a bar on Sixth Street right now.

Before or after, you’d do well to grab a bite at the historic Blue Bonnet Café in Marble Falls. Since 1929, they’ve offered quintessential diner fare, including all-day breakfast and pies piled high with the tallest meringue in Texas. If you’ve left the kids with a sitter, duck into the tasting room at Flat Creek Estate, where Tim Drake’s “wine divas” pour their award-winning Sangiovese, Syrah, Tempranillo, and Super Texan blend. You can dine in the spacious bistro or take a Sunday wine tour. Salut!

Texas-grown ingredients and a hands-on process make Bone Spirits the best spot for moonshine outside of Austin.

We fell in love with Bone Spirits, Jeff Peace’s farm-to-bottle distillery. Unlike many, they make every drop of their alcohol from scratch. The peppery, buttery Fitch’s Goat Moonshine and the aged Bone Bourbon made from rye and Texas corn are best sellers, but the Dirty June (gin made with handpicked Texas juniper berries and then mellowed in leftover charred bourbon casks) is the gal to take home.

Step from antique housewares to modern lunch fares in Smithville.

Bone is worth the trip by itself, but while you’re in Smithville, browse the antique shops on Main Street, visit the world’s second-largest gingerbread man, or lunch at Rob Remlinger’s Back Door Café, where the chicken fried steak and Jack Daniels’ chocolate cream pie are the house specialties.

Back within Austin borders, find solace in the tucked-away Black Star Co-op.

Luckily, it is possible to stay in Austin and still avoid the crowds. Take solace in a few out-of-the-way spots where you can breathe easy and unwind without bumping up against the scenesters.

While it’s never exactly empty, try a visit to the Black Star Co-op, which stakes a claim as the world’s first cooperatively owned and worker-managed brewpub. There are always six housemade brews on tap, in addition to guest drafts and plenty of seasonal, local pub fare. (Don’t miss the fish and chips!)

Tucked even further out of the way in the center of an unassuming strip mall, the Korea House Restaurant and Sushi Bar isn’t much to look at, but the spicy pork bulgogi is top-notch and the cook-it-yourself BBQ is an adventure.

Relax with a hand-crafted cocktail at the neighborhood favorite, The Tigress Pub.

Just a few blocks away in the North Loop, grab a nightcap at The Tigress Pub, a cozy neighborhood hole-in-the-wall with a laid-back atmosphere and a small (but potent) list of craft cocktails mixed by Pam, the owner. Before you know it, the festival will be over, Kerbey Lane will clear out, and you’ll be keeping it weird…like normal.