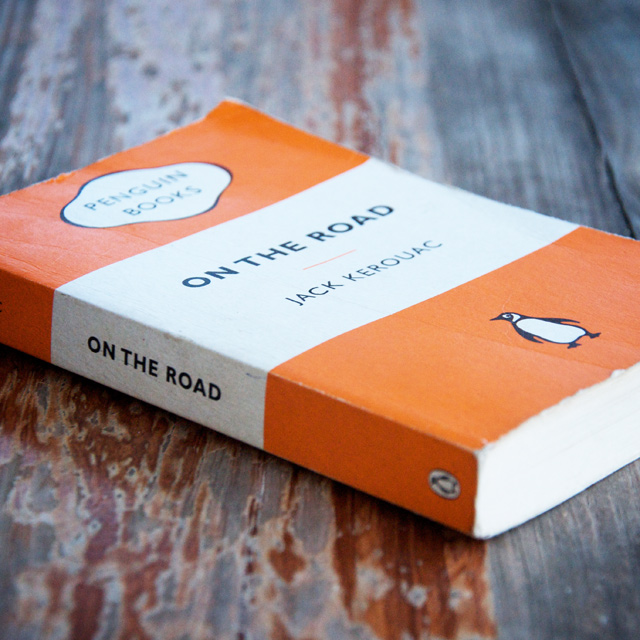 The Best Movies, Books, and Songs to Inspire Your Next Epic Road Trip

Get inspired for adventure with some road trip-themed entertainment.

As much as we wish we could spend all our time cruising down the highway, life can’t be lived fully on the road. In the time between journeys, we turn to these road trip films, books, and songs to keep the wanderlust flowing. Whether you’re planning a road trip of your own, looking for entertainment on the go, or just want to relive your latest long-haul adventure, these 15 works capture that irresistible, wind-in-the-hair feeling.

1. Thelma and Louise
When it comes to road trip films, "Thelma and Louise" is a classic of the genre. Take inspiration from its Wild West scenery and Ford Thunderbird convertible (just maybe not the movie’s infamous Grand Canyon plunge).

2. Little Miss Sunshine
What happens when your huge and ungovernable family can’t seem to get along? Throw ’em together in a vintage VW van and embark on a road trip from Albuquerque to Southern California. Expect a few bumps in the road.

4. It Happened One Night
Road trip movies aren’t actually a recent invention. One of the very best dates all the way back to 1934 (after all, the tradition of the road trip is a long one). This Frank Capra flick stars Clark Cable, Claudette Colbert, and a memorable Model T Ford.

5. The Blues Brothers
A beat-up police car, wild chase scenes, and a bazooka-toting Carrie Fisher: "The Blues Brothers" may not be a conventional road trip film, but it’s definitely one worth watching.

Kerouac’s On the Road is a true must-read before you get behind the wheel. Image courtesy of Oisin Prendiville/Flickr.

1. On the Road, Jack Kerouac
No one waxed more rhapsodic about the road trip than America’s own vagrant bard. Kerouac’s "On the Road", supposedly written in a three-week burst, is a necessary prerequisite for would-be adventurers.

2. Travels with Charley, John Steinbeck
In this endearing travelogue, "Grapes of Wrath" scribe John Steinbeck takes to the road with his poodle, Charley, for company, traveling roughly 10,000 miles across the country. Serious #RoadTripGoals.

4. Zen and the Art of Motorcycle Maintenance, Robert M. Pirsig
This 1970s read is as cerebral as road trip writing gets. On the page, Pirsig mingles descriptions of his transcontinental adventure with philosophical digressions. That’s one way to occupy a long leg of the journey.

Chuck Berry’s 1961 version of “Route 66” is perfect for your cross-country playlist.

1. Route 66, Chuck Berry
In honor of the recent passing of the godfather of rock ‘n’ roll, crank up the volume on this catchy road trip classic.

2. The Passenger, Iggy Pop
A lot of songs are about the experience of driving on an empty highway, but on this track, it’s the co-pilots who finally get their due.

3. Road to Nowhere, the Talking Heads
Taking off without much of a plan, and following where the road takes you? This is the song to cue up on Spotify.

4. Home, Edward Sharpe and the Magnetic Zeros
For all the adventure and wanderlust that awaits roadtrippers, sometimes your return home can be just as satisfying.

5. Born to Run, Bruce Springsteen
Perhaps one of the greatest all-American road trip songs ever. No further explanation needed.