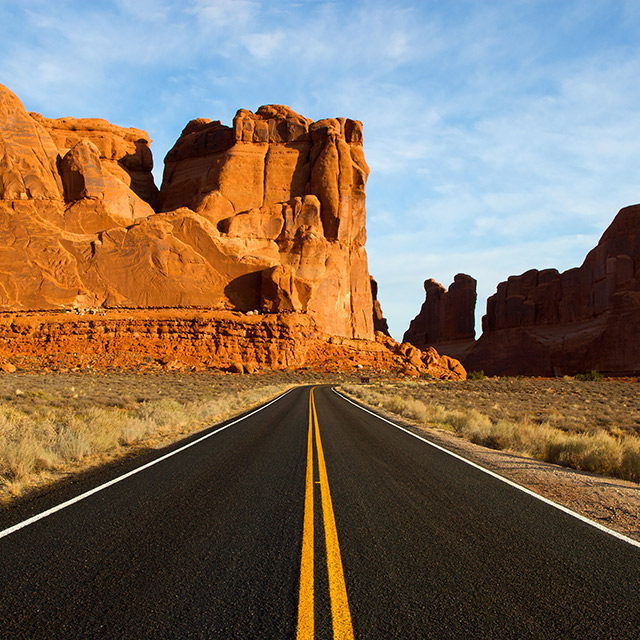 The Evolution of the Road Trip

Road trips. They’re about as American as a pickup truck full of apple pies doing the moonwalk to the Hamilton soundtrack. OR ARE THEY?

While Americans have long equated ideas of manifest destiny, independence, and summer vacation with living out of a car for a few months, it’s technically a borrowed idea. (We tried to stretch it by arguing that the Oregon Trail pioneers were the original road trippers, but we’re adhering to the official Zipcar Rules of the Road Trip Handbook™, which only allows horseless carriage rides.) Don’t believe us? Read on.

THE BERTHA OF THE ROAD TRIP

The first road trip officially happened about 130 years ago in Germany. In 1888, a brave young frau named Bertha Benz (perhaps you’ve heard of her cousin, Mercedes…just kidding) decided to take a drive—and to prove a point. You see, her husband Karl had just patented the first car able to produce its own power, but he wasn’t doing a very good job of getting people to notice it. Her idea (which turned out to be true) was that people needed to see the technology in action to understand how useful it could be to their own lives. So without telling anyone, Bertha grabbed the wheel and embarked on a 65-mile trip from Mannheim to Pforzheim to see her mother—and became the first person to ever travel a significant distance in an automobile!

But she actually did a lot more than that in the process. By virtue of being the first person in a car for that long, she became exposed to everything that could go wrong during a road trip. Along the way, Bertha had to improvise her own fuel from Ligroin (a solvent only available at chemists’ shops, making a local apothecary the world’s first filling station), replace the brake linings, use a hatpin to clean a blocked fuel pipe, and even use a garter to insulate a wire. (MacGyver much, Mrs. Benz?) These discoveries led to innovations on Mr. Benz’s next round of autos, and helped launch them into the success you’ve come to associate with the word “Benz.”

And so the great tradition of impulsively hopping into a car simply because you can began 130 years ago with a woman who did just that. Plus, she probably made her mom really happy with that surprise visit.

Long story short, the first American road trip was taken on a bet by a physician riding a tractor. Kind of. OK, it was really a Winton touring car, but come on…that’s a tractor!

In 1903, a physician (and auto enthusiast) from Vermont named Horatio Nelson Jackson bet $50 that he could drive across the country in his car. (Fun fact: $50 then ≈ $1,333 today.) It was a high wager, and the odds were definitely not in Horatio’s favor.

For starters, he didn’t own a car and had almost no experience driving. At the time, cars were considered a fad (think smartphones circa 2002) which meant there weren’t a lot of convenient ways to get around. Like, you know…roads. Also, if you think it’s hard to imagine a cross-country road trip without Google Maps, try imagining one with no maps at all—because that’s exactly how Horatio rolled. He was able to convince a mechanic to accompany him, as well as his adorable bulldog co-pilot named Bud. So they loaded up the car with rifles and a Kodak camera and hit the open road.

Considering that they blew a tire 15 miles in, lost most of their cooking gear, and got sent 100 miles off course by a lady who wanted her family to see a car, all went well for the trio. And keep in mind that this was 10 years before the Lincoln Highway, the first transcontinental highway in the U.S., was created. But 63.5 days and 800 gallons of gasoline later, the trio arrived safely in New York City from their starting point in San Francisco.

Today, whether it’s a family trip to a national park, or a cross-country adventure with friends, the road trip is central to American culture.

Car travel remained mostly a novelty for decades after the first road trip, but as car costs dropped and reliability increased, Americans began to see the car as the ultimate vehicle for leisure and recreation. And in 1956, the Federal Aid Highway Act authorized construction of a 41,000-mile network of highways spanning the nation—making cross-country travel like, a whole new thing.

Soon after that, images of families taking road trips to national attractions became more and more commonplace as '50s car advertisers jumped on the bandwagon. And as transportation became less reliant on trains and more on big rig drivers bellowing across Route 66, a life on the road became something that young Americans began to consider. Even the popular literature of that time points to a romanticizing of the road—from Kerouac’s On the Road to Pirsig’s Zen and the Art of Motorcycle Maintenance. And why wouldn’t it? For those who could afford it, getting out of your cozy hometown and seeing another part of the country became more than just idyllic—it was a rite of passage!

And 60 years after the first interstate highway was created, it still is. As a result of better infrastructure, safer cars, and a little advertising, road trips remain deeply embedded in our culture—forever associated with freedom and silly car games. So if you’re wondering how to spend the upcoming stint of warm weather, we suggest you get out there and make Bertha and Horatio proud. Go on a road trip!