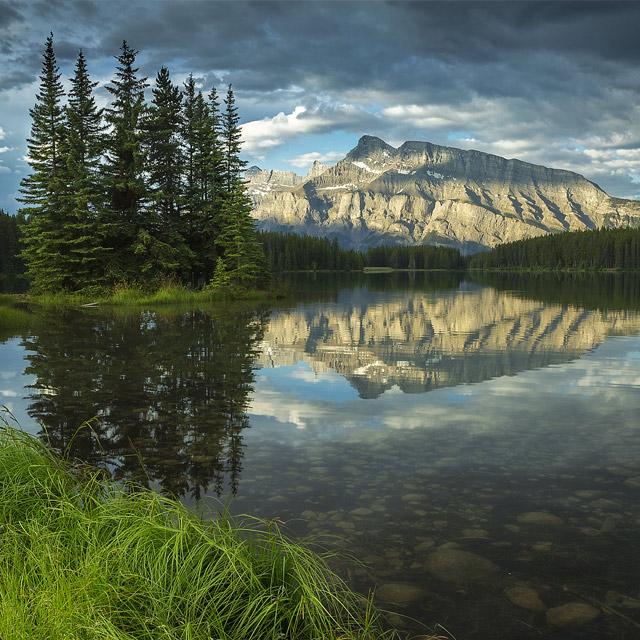 Get Exploring: How to Celebrate the Natural Beauty of Canada

Katharine Fletcher is a Canadian freelance writer, author, and visual artist. Visit her at katharinefletcher.com and facebook.com/KatharineFletcherArtist.

Canadians love to party—and not just on July 1, Canada Day. Throughout 2017, special celebrations rock the country as Canadians and our visitors celebrate the nation’s 150th birthday.

Spectacular nature is a Canadian hallmark, so there’s perhaps no better way to appreciate the real beauty of Canada than to visit its national parks. In fact, as a special sesquicentennial gift, Discovery Passes to all 224 parks and historic sites are free for all of 2017—Get yours at the park gate, Zipsters!

Where to go to discover the beauty and culture of Canada? Here are some events, trips, and other adventures to get you going in the vicinity of Vancouver, Toronto, and Ottawa.

Visit Canada’s 224 national parks, such as the historic Banff National Park, in 2017 for free!

Vancouver's rich multicultural reality means celebrations reflect many peoples, with a prime focus on First Nations. In fact, in Van, Canada's birthdy bash is called Canada 150+ to honor the thousands of years First Nations have lived here. Among the many events scheduled, check out the Drum is Calling Festival (July 22-30) featuring singer Buffy Sainte-Marie and drumming workshops, or watch in wonder as the Aeriosa aerial dance troupe scales trees in Stanley Park, while local Musqueam, Squamish, and Tsleil-Waututh artists provide song and drum backdrop.

For a day or weekend trip out of the city, grab your Parks Canada’s free passes and drive right onto the Tsawwassen ferry to Vancouver Island’s Schwartz Bay, then head to the Pacific Rim National Park Reserve. Absorb the West Coast’s haunting beauty by kayaking the Broken Group Islands, hiking the West Coast Trail, strolling Long Beach’s 35 km (22 mi) expanse of sandy beaches, or surfing in the wild waves.

Meanwhile, Steveston Village in Richmond is just a half hour from the city by car, where you can visit the Gulf of Georgia Cannery National Historic Site. Learn how First Nations and Japanese workers canned salmon for market—then stroll through the village and grab a fresh fish lunch as locals do at Pajo’s located right on the harbor on a jetty. Rent a bike, bike the dyke, and see how Richmond is built below sea level.

Vancouver is celebrating Canada 150+ in honor of the thousands of years First Nations have lived in the area.

Appreciate another layer of Canada’s roots by visiting Fort Langley National Historic Site, a Hudson’s Bay Company fur trading post located about an hour outside of Vancouver. Don’t merely plan a day trip: soak up the fort experience by staying overnight inside its timber walls in an oTENTik, a cross between a canvas tent and a cabin.

Meanwhile, back in the city, groove to the 40th annual Vancouver Folk Music Festival, July 13-16 at Jericho Beach Park. Catch some of the 60 acts from all over Canada and the world, and relax in the city’s breathtaking backdrop of sandy beaches, ocean, and mountains.

Toronto’s hip vibe offers so many celebrations it’ll be hard to choose what to do when. For culture vultures, there’s Canada on Screen’s free showings of Canada's best films at the TIFF Bell Lightbox center; Sounds of Home, the Harbourfront’s popular summer music program overlooking Lake Ontario. And beginning on June 29, the Art Gallery of Ontario’s new exhibit Every.Now.Then: Reframing Nationhood will open up—which questions what art actually is and how it reflects Canadian life.

For a slightly shorter road trip, visit the once-capital of the country, Kingston, where Canada’s first prime minister, Sir John A. Macdonald, lived. His home is preserved by Parks Canada as Bellevue House National Historic Site. Soak in some national history, then tour the heritage gardens where costumed gardeners tend to perennials and vegetables—and even cut the lawn with scythes.

Film, music, art, and nature: Toronto has it all.

The burning question on Ottawans’ minds is, will the Canada Day fireworks on Parliament Hill really be the best ever? Only time will tell. But that’s not the capital’s only 150th grand spectacle: Ottawa 2017’s signature event is La Machine’s 12 meter-high, 45-ton fire-breathing dragon, which will wander its downtown streets on July 27–30.

Much of the region is rural, so why not do like a local and explore the Valley? (That’d be the Ottawa Valley.) Renowned for its rolling hills, forests, lakes, and rivers, many drives offer glimpses into Canada’s historic past. Agri 150 is another birthday initiative, showcasing Ottawa’s rural communities of West Carlton-March, Stittsville, Cumberland, Osgoode, and Rideau Goulbourn through a series of culinary events, such as “Early Nations Culinary” in Cumberland Village, which celebrates First Nations and French cuisine on June 17.

Just two hours by car from Ottawa, tour Ontario’s only UNESCO World Heritage Site either by canoe or houseboat, or drive alongside its watery route. The Rideau Canal National Historic Site extends more than 200 km (125 mi) from Ottawa to Kingston, where Parks Canada operates all locks and lockstations en route. As another Parks Canada gift, lock fees are waived this year, so it’s a great time to boat. Campsites abound, and lodgings such as the rustic Hotel Kenney at Jones Falls Lockstation recall the vibrant history of the canal.

Check out a blast from the past at Upper Canada Village, a reconstructed pioneer settlement from the 1860s. Image courtesy of Ottowa Tourism.

Or, celebrate the history of Canada’s Confederation year in 1867 at Upper Canada Village, located about an hour drive from downtown Ottawa. (And only four hours from Toronto, too!) This reconstructed pioneer settlement reflects life in the 1860s, so it’s particularly apt to visit this year because it allows you to experience life as it was when Canada was born. Journey back in time to when oxen still pull wagons, traditional farming and handiwork prevail, and lessons are taught at the one-room schoolhouse. Stay overnight in the village at Montgomery House, a historic log home. Depending on the time of year, the village also puts on stunning light shows; visit during Pumkinferno at Halloween to see lanterns illuminating trees and fences, or during its Alight at Night Christmas celebrations, when the village twinkles with thousands of lights.

For more adventurous types, head to Quebec to witness the raging Coulonge Chutes,  a massive waterfall with a cliff-lined chasm, located about a two-hour drive from downtown Ottawa. In the mid-1800s, lumber baron George Bryson constructed a timber slide on the cliff face so logs wouldn’t be shattered descending the Coulonge River waterfall. Zipline over the falls and return to the Visitor Centre on the Via Ferrata, a set of iron foot-supports punched into the rock. At the Centre, learn more about the history of logging with broad axes and horses, and even how the shantymen “danced the logs” as they floated them downstream, to Ottawa.

There’s simply no better way to discover the real Canada than by embarking on an extraordinary adventure in our 150th year. And with so many to choose from, you’re sure to find a spectacular sesquicentennial favorite.