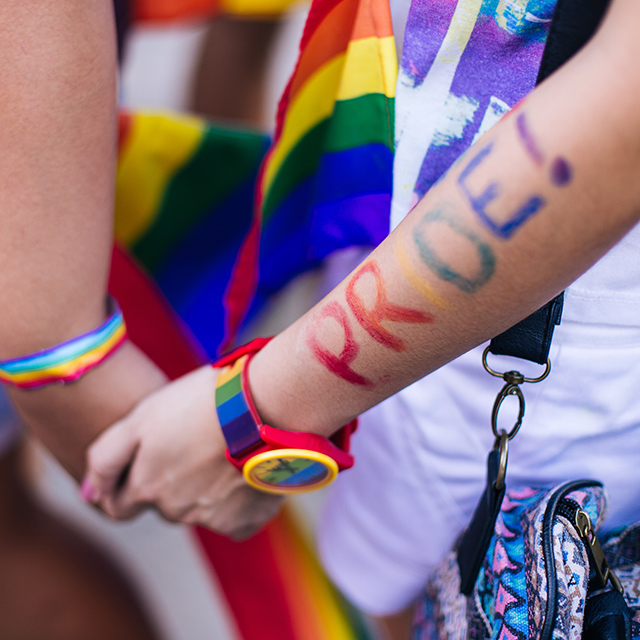 Out and About: What to Look Forward to During Pride 2018

Celebrating Pride is one of the best parts of spring and summer. The sunshine, the solidarity, and the sensational gathering of diverse communities in the name of love—we cherish it every year. While every Pride celebration near you is worth attending, here are some of the highlights around the country that we’re most excited about.

Pride Toronto is always one of the biggest and brightest Prides around, and this year will be no exception. June 2018 marks Toronto’s third annual Pride Month (that's right, you've got all of June to pull up a chair).

This year, organizers have chosen Action = Life as the month-long festival’s theme commemorating 30 years of AIDS Activism in Toronto.

Pittsburgh Pride is ready to go big or go home with it's 1,500 members of the LGBTQ community. 2018 Pride will see the expansion of PrideFest and the addition of new events, including a picnic on May 27. This year's PrideFest will feature 150 vendors, a children’s activity area, three entertainment stages, and a dance area.

Zipcar has rolled through Boston’s Pride parade for over a decade.

Serving as a call to action for the LGBTQ community and allies, Boston Pride’s 2018 theme is “Rainbow Resistance.” Zipcar has sponsored (and driven in!) the parade for over a decade, so be sure to give us a wave! In addition to its annual Parade, held this year on June 9.

LA has been celebrating Pride since 1970. Image courtesy of LA Pride.

Props to the City of Angels: LA Pride was first held back in 1970—just one year after the Stonewall Riots—and was the very first Pride on the West Coast. Soak up the history, the vibes, and the SoCal sun during the events.

This year, the event’s organizers are bringing back the annual colorful parade on June 10 with renowned headliners Kehlani and Tove Love at the LA Pride Festival on June 9-10.

Portland Pride has it all—from a waterfront festival to a Gaylabration. Image courtesy of Another Believer.

If you're in Portland, how do you celebrate Pride 2018? With a Gaylabration, of course. An annual dance party and charity fundraiser that values "celebrating the diversity of love and relationships," it keeps attendees dancing into the wee hours.

But Gaylabration is only one part of the wider Pride NW festivities, which will also include a waterfront festival, parade, live music, and the Official Portland Trans Pride March.

As bright, bold, and beautiful as the city itself, NYC Pride will offer up something for pretty much everyone this year. For LGBTQ families, Family Movie Night on the 20th will be a summery, kid-friendly affair. For activists, the rally on June 22 marks Pride's history, dating all the way back to the Stonewall Riots. For party animals, there will be a VIP rooftop party, performances on the pier, and all-star DJ line-ups. And the parade? That's for everybody.

Pride has always been a colorful celebration, as well as a chance to honor a long history of social justice activism. Join the SF parade as it goes down Market Street (and hit up the Kickoff Party, while you're at it). Before and after the parade, join the two-day celebration in the heart of San Francisco at Civic Center Plaza, featuring all genres of music, entertainment, and public speakers. Because getting out and about, is what it’s all about.

Chicago starts celebrations early on June 16-17 with Chicago Pride Fest, a two day street festival held at the lively Boystown. Featuring live music, vendors, drag shows and much more, the festival is a great way get amped-up for 2018's Pride Parade taking place on June 24, where Zipcar will be pulling the float for the Lakeview Chamber of Commerce. If your adrenaline's still running, make sure to sign up for the Proud To Run event on June 23.